The number of confirmed new coronavirus cases in Africa has topped the 1 million mark, with the death tally now standing at more than 22,000, the World Health Organization said Friday.

Still a lack of testing on the continent, which has a population of 1.3 billion people, leaves the real spread of the virus unknown, health experts say. 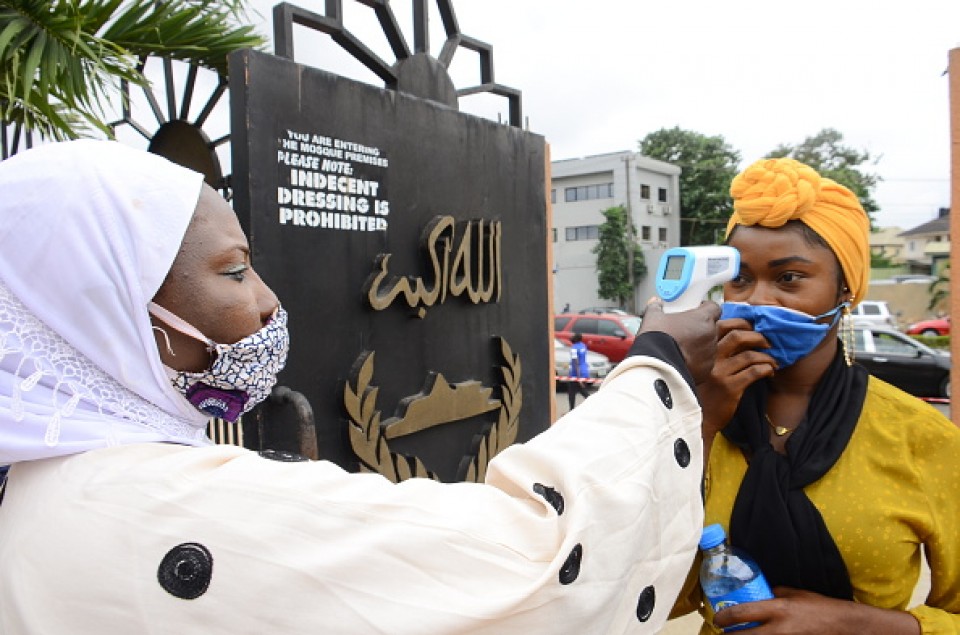 An official checks a worshipper's temperature before she enters the Lagos State Secretariat Central Mosque in Lagos on August 7, 2020. (NurPhoto/Getty/Kyodo)

The surge reflects the over 530,000 infections reported in South Africa, which account for more than half of the total on the continent. The country ranks fifth in the world for confirmed virus cases, according to Johns Hopkins University.

WHO Regional Director for Africa, Matshidiso Moeti, said Thursday the number of infections in Africa could be higher, given an underreporting of cases caused by the lack of testing.

In a Twitter post, Moeti said the international body will support African countries to decentralize testing, tracing, isolation and treatment.

Some African countries have shrugged off the serious impact of the virus spread.

Tanzania's President John Magufuli has repeatedly played down the threat from the virus. Magufuli declared the country "coronavirus-free" and the country discontinued announcing new cases since it last confirmed a cumulative total of 509 infections on May 8.