Majority of Japanese firms against holding Olympics in 2021: poll

More than half of nearly 13,000 Japanese companies surveyed are opposed to the Tokyo Olympics and Paralympics being held in the summer of 2021 following a one-year postponement due to the coronavirus pandemic, a research firm said Thursday.

Under the current plan, the Olympics will begin on July 23, and the Tokyo Games' organizers and the International Olympic Committee have agreed to simplify the event partly to ensure safety from the coronavirus. 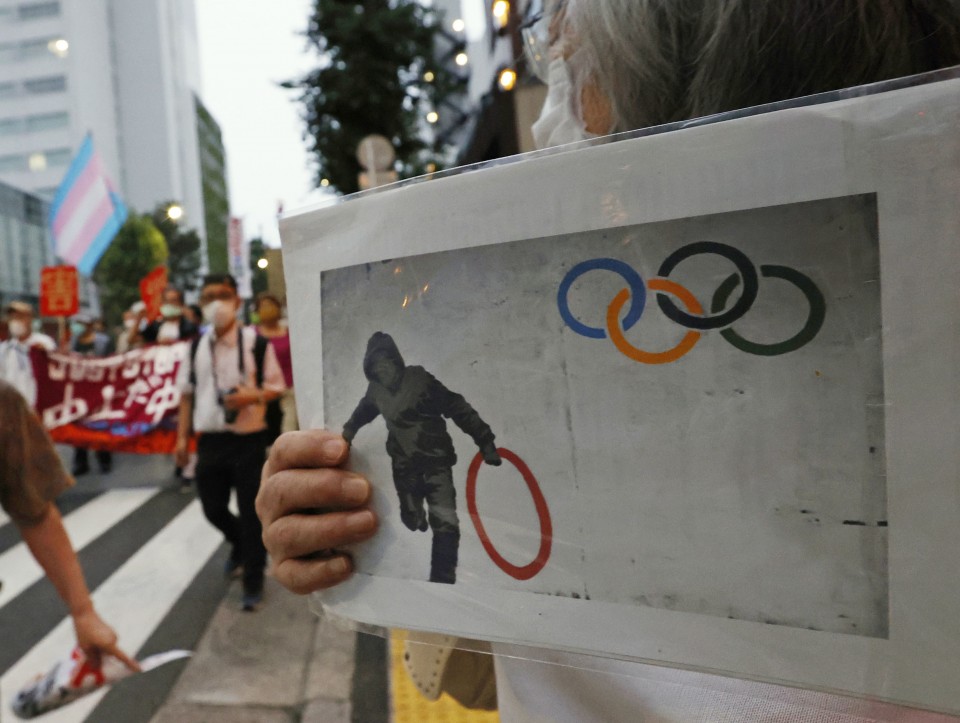 A protest is staged near Tokyo's new National Stadium on July 24, 2020, against holding the postponed Olympics in the summer of 2021. (Kyodo)

The survey results appear to reflect falling expectations for the economic benefits that the event would bring, with fewer visitors to Japan expected, according to the survey conducted between July 28 and Aug. 11.

While a combined 53.6 percent of the responding firms are not in favor of holding the Olympics as currently planned, 46.2 percent said they want the games to go ahead in some way.

The survey found 22.5 percent in favor of holding the Olympics as planned. Some 18.4 percent prefer the event to be held but with fewer spectators and 5.3 percent without any spectators.

Japan initially brought the spread of the virus under control but has seen infection cases resurging in recent weeks.

More than 60,000 coronavirus infections have been reported in Japan, including over 18,000 cases in Tokyo, and the Tokyo government has raised its alert for the pandemic to the highest of four levels, meaning "infections are spreading."

It has requested establishments serving alcohol and karaoke venues to close by 10 p.m. until the end of August to reduce the risk of infection.