Tokyo Olympic organizers have settled on preserving the torch relay schedule developed for 2020 to be used in next year's postponed games, officials with knowledge of the matter said Wednesday.

The relay, which was to start from Fukushima Prefecture on March 26 this year until the Games were postponed two days earlier, will still last 121 days and traverse all 47 prefectures. 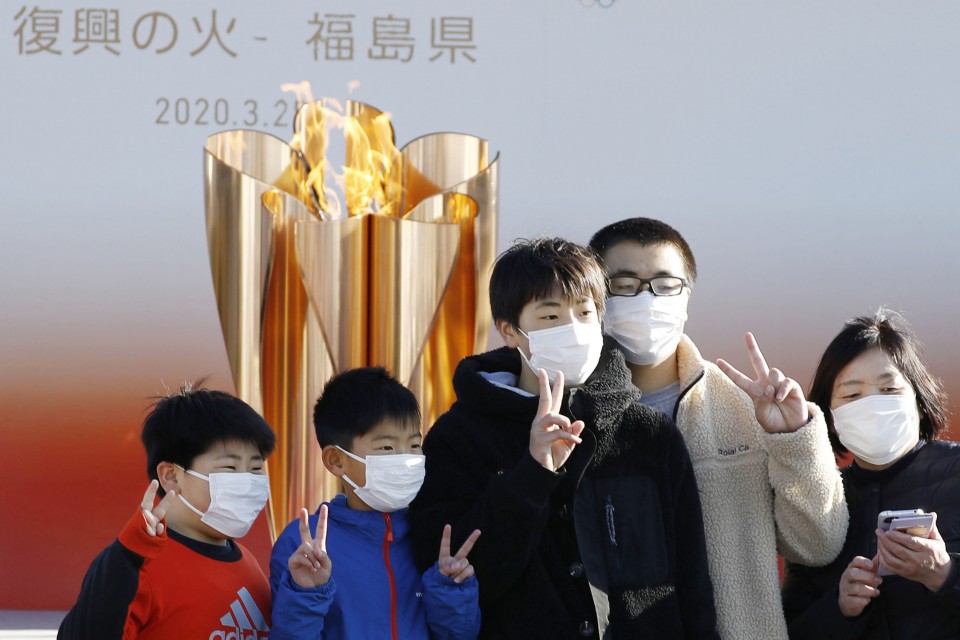 People pose for a photo in front of the Tokyo Olympic flame in Iwaki, Fukushima Prefecture, on March 25, 2020. The Olympics torch relay, initially set to start on March 26 from northeastern Japan areas hit hard by the March 2011 earthquake-tsunami disaster, was canceled with the games postponed for about one year. (Kyodo)

The Olympics were to open on July 24, 2020, until the novel coronavirus made staging them this year unfeasible. The opening ceremony is now scheduled to take place next July 23.

As such, the relay will likely start on March 25 from the J-Village soccer training center in Fukushima Prefecture.

Although the basic plan is to maintain the event as originally planned, changes could still be made to reduce the potential for infection from the coronavirus.

Since the unprecedented Olympic postponement was agreed to in March, organizers have worked to simplify the Games and cut costs. According to the officials, however, reducing the length of the torch relay would have little impact on cost but would in turn require a huge effort in dealing with sponsors and local governments.

Talks on how to simplify the event in various locales appear to be progressing with local organizing bodies.

Since the postponement, organizers have sought to maintain the basic integrity of the original plan, in terms of giving priority to the roughly 10,000 individuals selected to run with the flame and the local landmarks the torch was due to pass.