"I wasn't focused on (the record), but I'm glad to have achieved good results," Fujii said, following Thursday's match.

If he wins this year's remaining Osho title game, he would become the holder of three major shogi titles.

At 18 years and one month old, Fujii takes the distinction of being the youngest to clinch two major titles from Yoshiharu Habu, 49, who had set the bar at 21 years and 11 months in 1992. 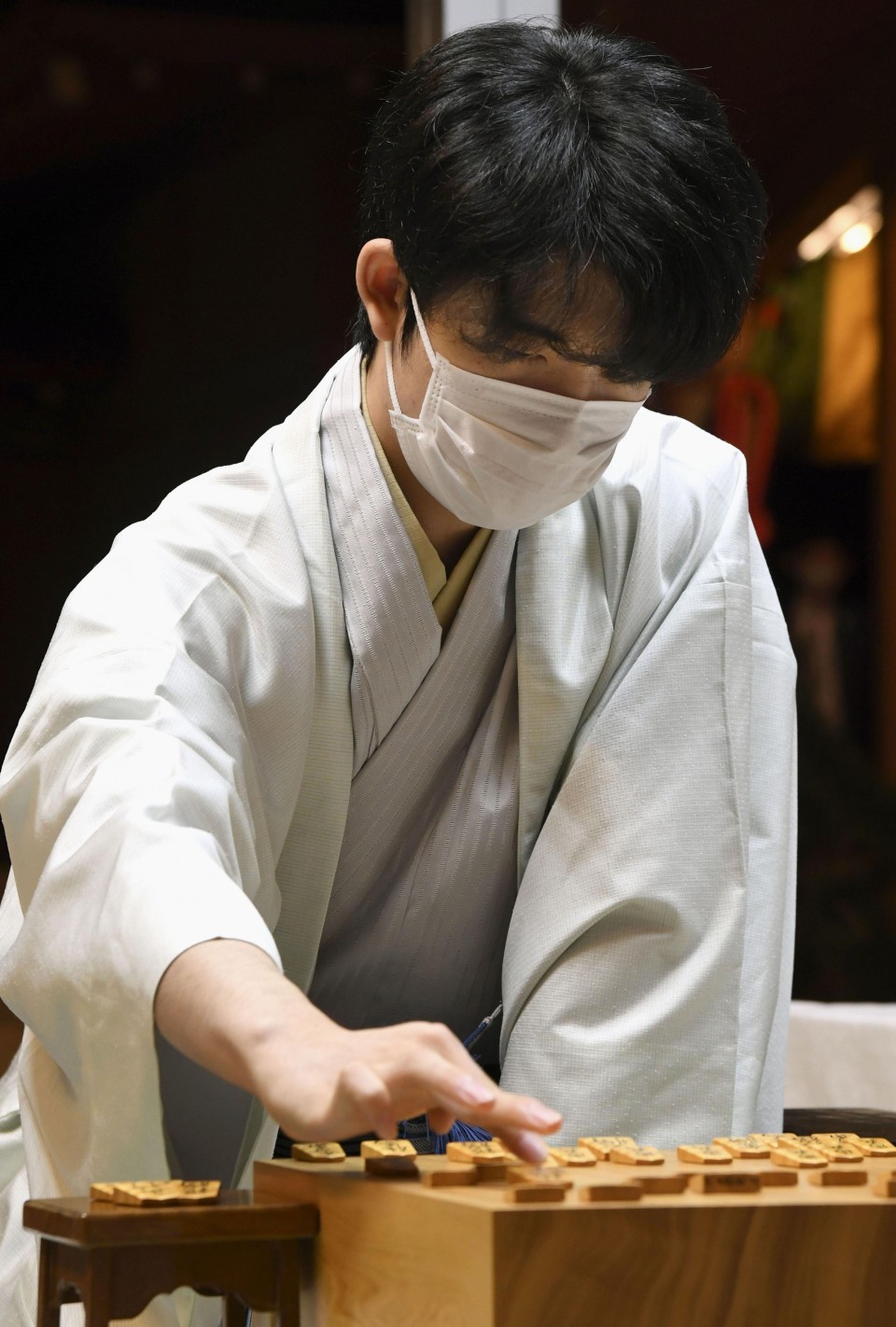 Eighteen-year-old shogi sensation Sota Fujii takes on defending champion Kazuki Kimura in the Oi championship series in Fukuoka, southwestern Japan, on Aug. 20, 2020. Fujii completed a four-game sweep in the best-of-seven series, making him the youngest player ever to hold two major titles about a month after winning the Kisei crown. (Pool photo) (Kyodo)

Fujii became the youngest ever to be promoted to the rank of eighth dan, unseating Hifumi Kato, 80, who in 1958 accomplished the feat at the age of 18 years and 3 months. Professional shogi players are ranked between fourth dan, the lowest rank, and ninth dan, the highest.

The recent promotion follows his advancement to the rank of seventh dan in May 2018, which he reached in record time.

Debuting as the youngest professional shogi player at the age of 14 in October 2016, Fujii has broken a series of records, including achieving an unprecedented 29 consecutive wins following his debut and reaching his 100th victory in official matches at the fastest pace in history in December 2018.

On July 16, the Aichi Prefecture native became the youngest player at 17 years and 11 months to take the Kisei title in a best-of-five series.