Japan's 17-year-old shogi sensation Sota Fujii on Thursday became the youngest player ever to win one of the board game's eight major titles after beating the holder in a best-of-five series.

Fujii's defeat of Akira Watanabe, one of the game's top players, gave him an unassailable 3-1 lead to clinch the Kisei title. Watanabe, 36, is also the holder of the Kio and Osho titles in the world of shogi. 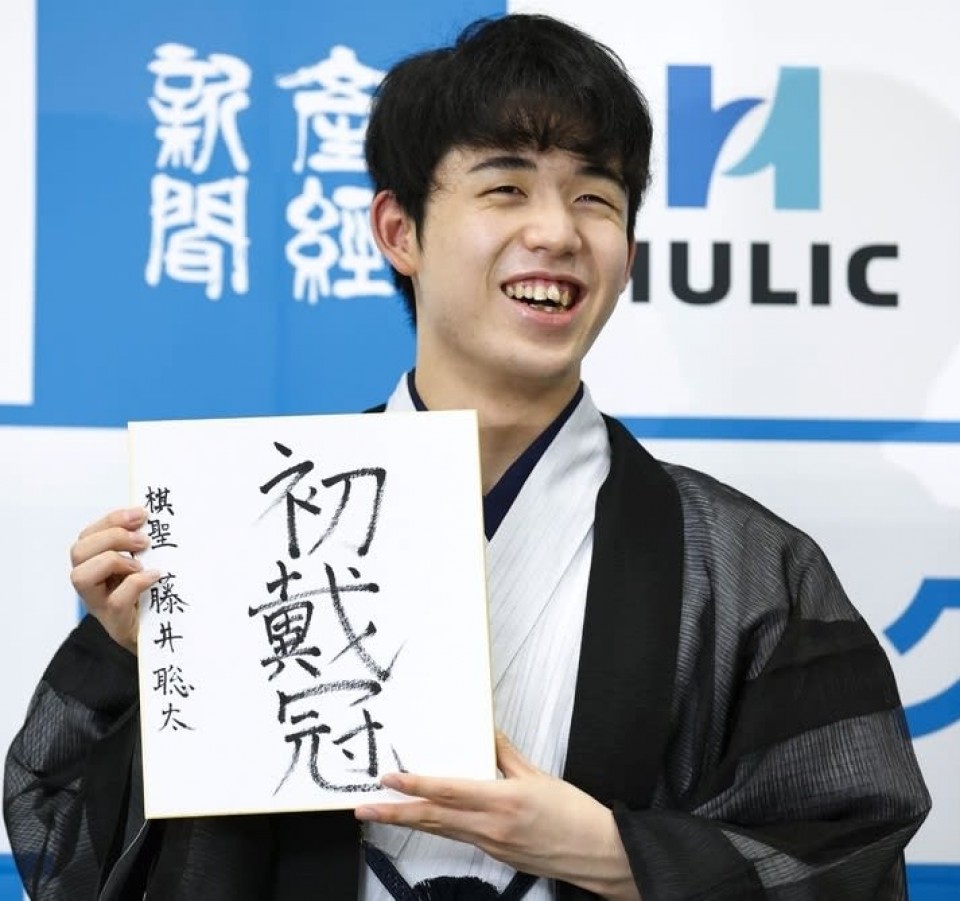 "I am very happy that I have achieved a good result," Fujii said following the match, while Watanabe praised him, saying, "A great talent has appeared."

Fujii, who will turn 18 on Sunday, achieved the feat of taking a major title at 17 years and 11 months. The previous record was established by Nobuyuki Yashiki, 48, in 1990 at the age of 18 years and six months when he also won the Kisei title.

The teen shogi sensation is also aiming for a second shogi title, Oi. In the best-of-seven series, he currently holds a 2-0 lead.

Holding a major title is viewed as the greatest honor for shogi's nearly 170 professional players and winners can hold the title for a year.

In June, Fujii became the youngest challenger for a major title at age 17 and 10 months and 20 days, after beating Takuya Nagase, 27, who has the Eio and Oza titles, for the right to contest the Kisei title.

Debuting as the youngest professional shogi player at age 14 in October 2016, Fujii has broken a series of records, including achieving an unprecedented 29 consecutive wins following his debut and reaching his 100th victory in official matches at the fastest pace in history in December 2018.

Fujii was promoted to the rank of seventh dan in May 2018, reaching it in record time. Professional shogi players are ranked between fourth dan, the lowest rank, and ninth dan, the highest.

Fujii, who hails from Aichi Prefecture, central Japan, returned to official games on June 2 after a hiatus of around two months amid the coronavirus epidemic.