Japan's 17-year-old shogi sensation Sota Fujii on Friday pledged to keep studying the board game, a day after he became the youngest player ever to win one of its eight major titles.

"Shogi is a complicated game, and there are many things I have yet to understand. I would like to approach it with an inquisitive mind," Fujii said, as he held up a piece of paper on which he wrote the word "pursuit," or "tankyu," in Chinese characters at a press conference in the city of Osaka.

On Thursday, Fujii claimed the Kisei title by defeating 36-year-old Akira Watanabe, the current title holder and one of the game's top players, 3-1 in a best-of-five series. 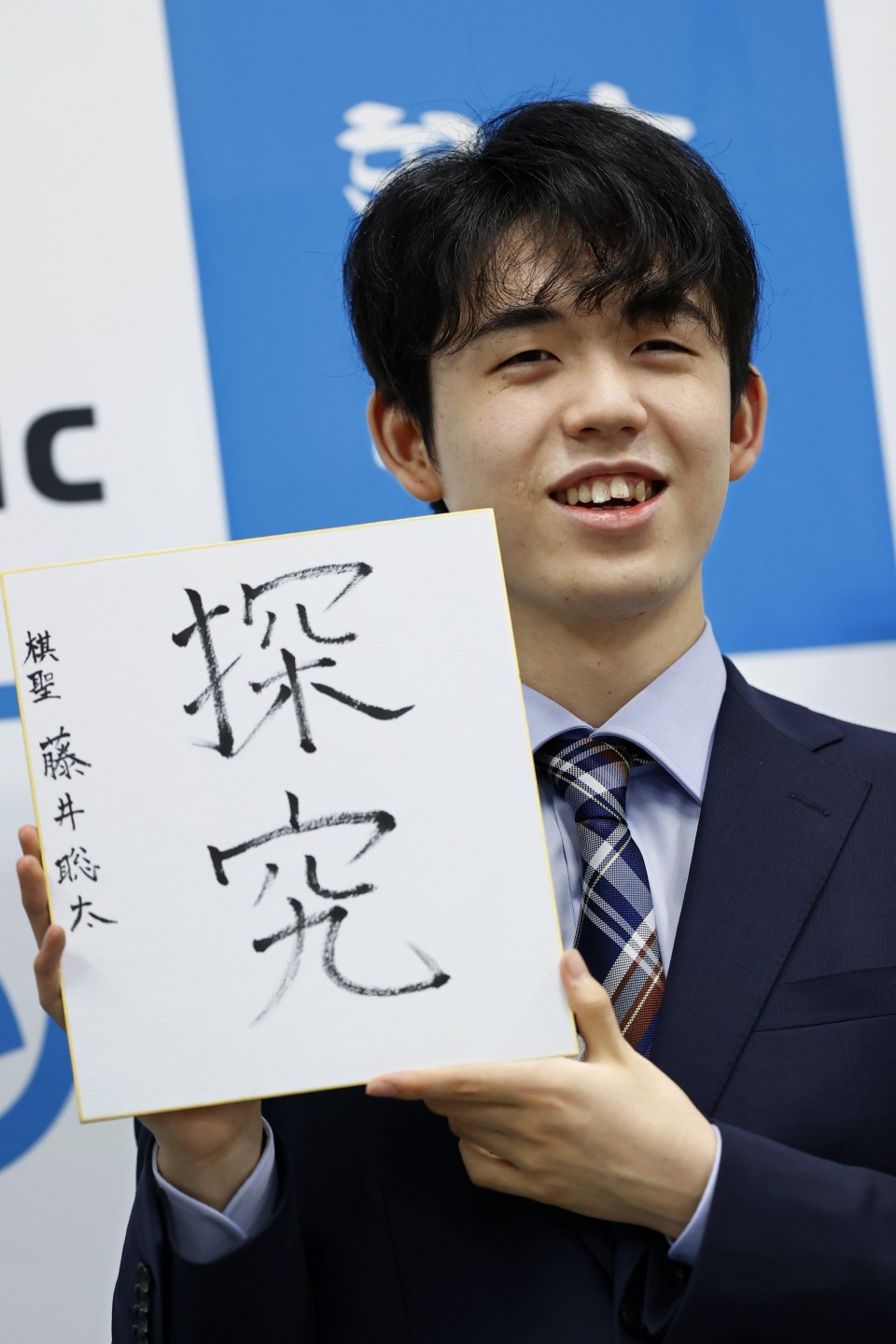 Japan's 17-year-old shogi sensation Sota Fujii poses for a photo holding a paper card showing the word "quest" in kanji characters during a press conference in Osaka on July 17, 2020, a night after he defeated defending champion Akira Watanabe in a best-of-five series to clinch the Kisei title, one of the board game's eight major titles. Fujii became the youngest player ever to win a major shogi title at 17 years and 11 months. (Kyodo)

Fujii achieved the feat of taking a major title at 17 years and 11 months, breaking the previous record of 18 years and six months held by Nobuyuki Yashiki, 48, who similarly won the Kisei title in 1990.

Looking back, Fujii said he had been "seeking a title, but it had seemed a long way away."

"My growth after becoming a professional player has helped me achieve this result," he said of Thursday's victory in the fourth game.

The teen shogi sensation, who debuted as the youngest professional player ever at age 14 in 2016, is also aiming for a second shogi title, Oi. In the best-of-seven series, he currently holds a 2-0 lead.

Fujii has broken a series of records, including achieving an unprecedented 29 consecutive wins following his debut and reaching his 100th victory in official matches at the fastest pace in history in December 2018.