The government decided to cover cancellation fees incurred by Tokyoites, who were excluded at the last minute from a domestic tourism promotion created to help coronavirus pandemic-hit regions, government sources said Monday.

The "Go To Travel" campaign was thrown into disarray ahead of its official start Wednesday when the government abruptly said last Friday that trips to and from Tokyo will not be covered under the subsidy scheme.

The tourism minister Kazuyoshi Akaba will hold a press conference Tuesday to officially announce the decision, the sources said. 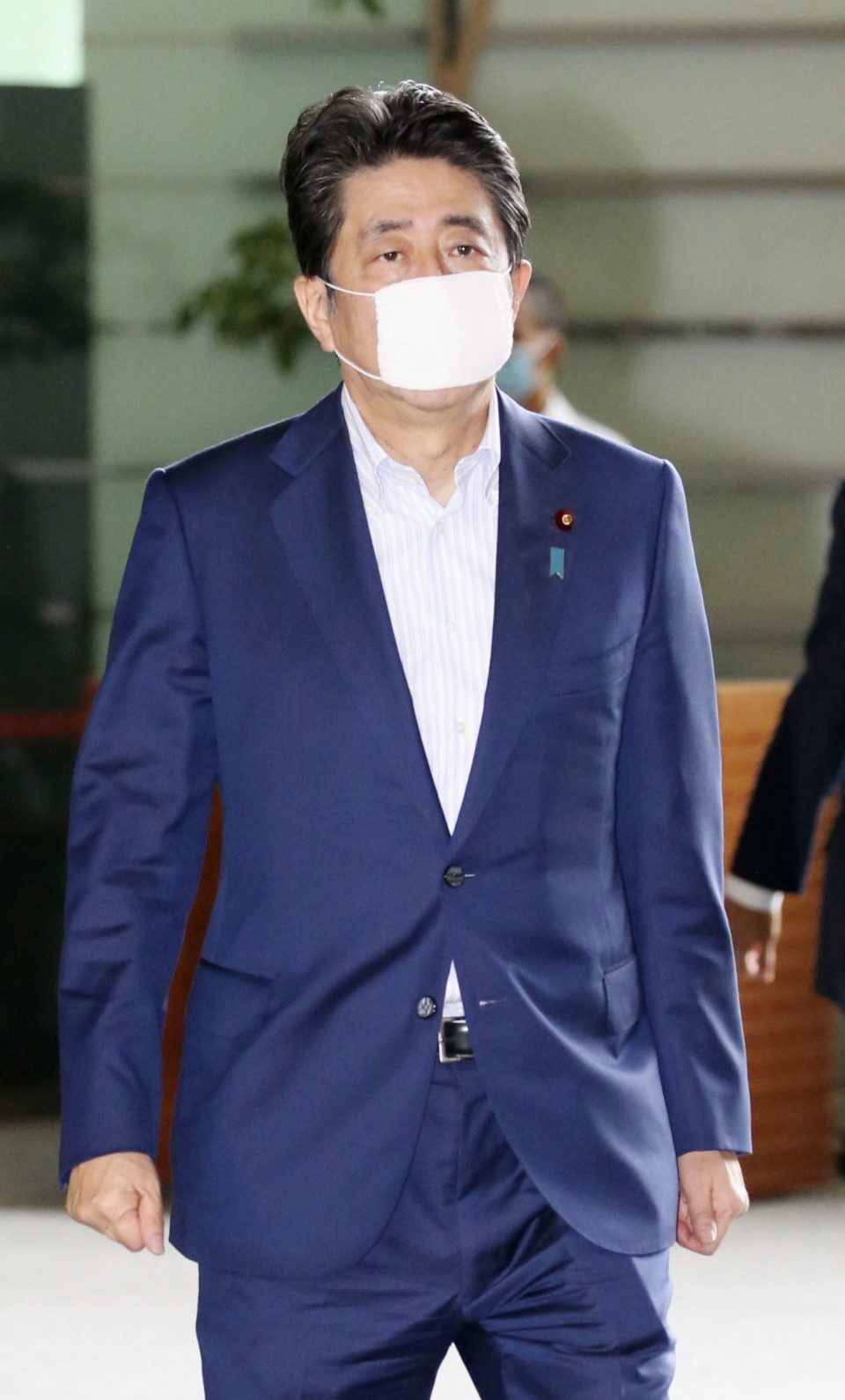 Japanese Prime Minister Shinzo Abe arrives at his office in Tokyo on July 20, 2020, wearing a face mask amid the spread of the novel coronavirus. (Kyodo)

Only 23.9% in Japan look forward to Tokyo Olympics next summer: poll

The government initially said compensation was not an option but has been compelled to change course in the face of public anger and growing calls, even from within the ruling coalition, for a rethink.

"People won't be satisfied as it is," an official at the prime minister's office said.

Chief Cabinet Secretary Yoshihide Suga said in a press conference, "I've been informed that measures to avoid causing inconvenience to people (who planned to use the program) are under consideration."

Abe has been struggling to stem a recent fall in the polls, due in part to what has been perceived as his poor handling of the coronavirus crisis.

The 1.35 trillion yen ($12.59 billion) travel campaign is designed to spur tourism, a sector pounded by the coronavirus outbreak that led to a nationwide state of emergency in spring.

The campaign will eventually subsidize up to half of all travel expenses, including accommodation and transport costs.

The government will first provide discounts worth 35 percent of total costs, with the remaining 15 percent covered by coupons to be issued after September for food, shopping and other activities.

The recent furor over the Go To Travel campaign highlights the Abe administration's struggle to balance the need to reopen the economy while keeping the spread of the coronavirus in check.

One travel agency official said, "It's only natural that the state should compensate. We don't want (the government) to give us any more trouble."

Since the complete lifting of the state of emergency in late May, the number of coronavirus cases in Japan has been on the rise as more social and economic activities return to near-normal.

The number of deaths caused by the coronavirus in Japan exceeded 1,000 on Monday with more than 26,000 cases in total, including 712 cases and 13 deaths from the Diamond Princess cruise ship quarantined off Yokohama earlier this year.

Over 380 new coronavirus cases were confirmed throughout Japan during the day, including 168 in Tokyo where over 9,400 infections have already been reported.

Komeito, the LDP's junior coalition partner, also called on the government to consider footing the bill.

"The government policy change would mean cancellation fees (for those planning to take trips). We need to think about that," Komeito policy chief Noritoshi Ishida said on a TV program on Sunday.