About one in four people who cycle to work in Tokyo began commuting by bicycle in order to avoid crowds during the novel coronavirus pandemic, a recent online survey found.

A total of 23.0 percent of 500 businesspeople in Tokyo who cycle to work at least once a week said they started commuting by bicycle "after the novel coronavirus began to spread," according to the survey conducted in June by Japanese insurer Au Insurance Co. 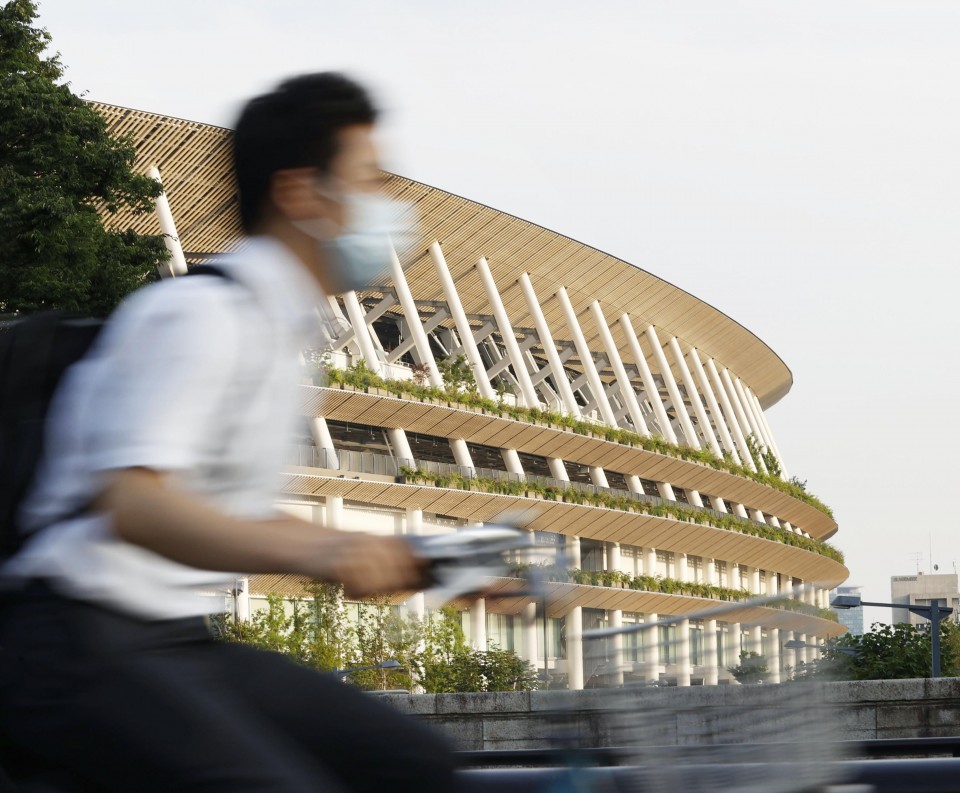 A masked man rides a bicycle on June 4, 2020, near the National Stadium in Tokyo, the main venue of the Tokyo Olympics and Paralympics. (Kyodo)

In a multiple-choice question, 95.7 percent of those who newly started cycling to work said they did so "in order to avoid using public transportation for commutes."

Trains and buses fall under the "3Cs" -- confined spaces, crowded places and close-contact settings -- that should be avoided to prevent the spread of the virus.

"The number of people cycling to work is expected to increase as the 'new normal' to coexist with the virus draws attention," the firm said in a press release. 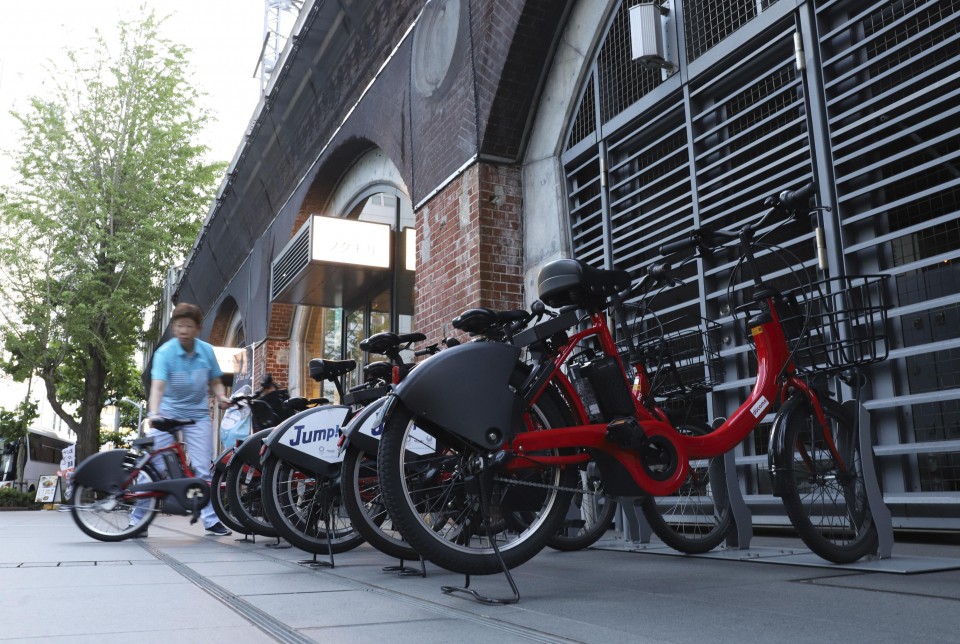 In a question that allowed multiple responses, 44.3 percent said an added benefit of cycling to work was "exercise," 27.8 percent said they did so "to relieve stress" while 21.7 percent wanted to "save transportation fees."

A total 88.0 percent said they felt or somewhat felt their risk of contracting the virus was lower when they commuted by bicycle compared with using public transportation.

The survey conducted between June 19 and 22 also showed 32.0 percent of the respondents said their employers recommended commuting by bicycle after the coronavirus outbreak in Japan.