Torrential rain lashed areas across southwestern and central Japan on Wednesday, prompting local governments to urge around 870,000 people to evacuate as a total of 59 rivers in nine prefectures have overflowed and 123 mudslides occurred in 18 prefectures.

The rain, which has continued since last weekend, has destroyed, damaged or flooded more than 4,700 buildings in seven prefectures in the Kyushu region, southwestern Japan, and Gifu and Nagano prefectures in central Japan, according to a Kyodo News tally.

In Kyushu, the death toll from the torrential rain that first struck southern parts of the island on Saturday rose to 57 on Wednesday, with four more feared dead and at least 12 still missing.

The Japan Meteorological Agency urged the public to remain vigilant against mudslides and flooding, even as it downgraded its alert for heavy rain from the highest level in more than 20 municipalities in Gifu and Nagano prefectures.

A weather agency official said the worst of the rain had moved to the central Japan region of Tokai from Kyushu, while warning that the areas forecast to receive heavy downfalls could change over time.

A seasonal front is expected to hover near Japan's main island of Honshu around Friday, the agency said. 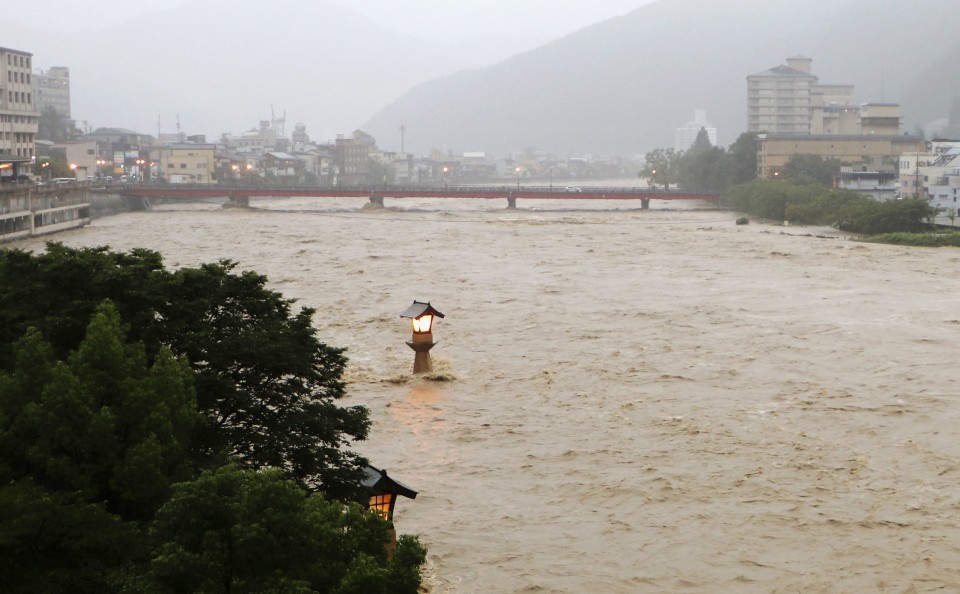 As of Wednesday afternoon, around 876,000 people in six prefectures were instructed to evacuate, according to the Fire and Disaster Management Agency.

In central Japan, the prefectural government of Gifu urged roughly 219,000 residents to evacuate, while the government of neighboring Nagano also called for evacuations.

In Kyushu, Fukuoka and Kumamoto prefectures called for around 380,000 and 206,000 residents, respectively, to evacuate. Hyogo Prefecture in western Japan, too, has ordered people to evacuate.

According to the Kyodo tally, 11 buildings in Oita Prefecture and nine in Kagoshima Prefecture, both in Kyushu, were destroyed or damaged. 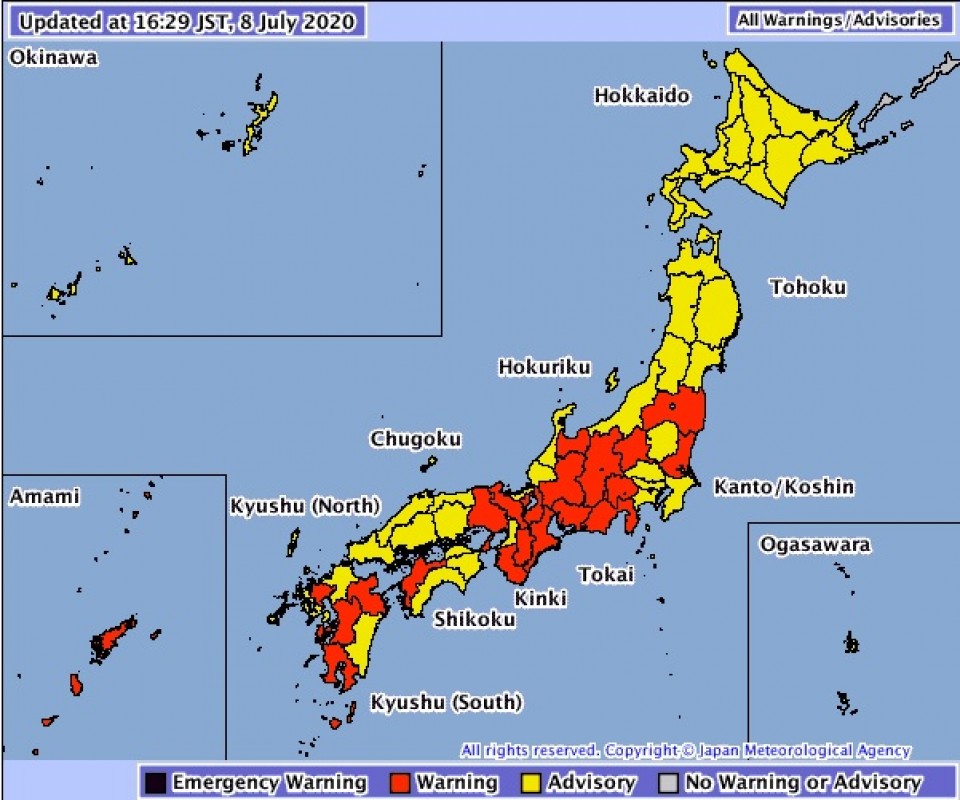 Nearly 5,000 residents in Gifu were temporarily cut off when roads were severed by mudslides, while the Hida River overflowed in the city of Gero, prompting the local meteorological observatory and the land ministry to issue their highest-level alert.

"The sound of rain was so loud it woke me up many times during the night," said Manabu Kobayashi, 60, a construction company executive who lives in the city's hard-hit Maze district, where around 400 households were cut off at one point.

The banks of the swollen Hida River were swept away causing part of a national road to collapse into the torrent, and dozens of households in the city have been flooded.

A mudslide also occurred near a tunnel in Matsumoto, Nagano Prefecture, leaving a number of hotel guests and employees stranded, according to the Nagano government.

The heavy rain had also forced 2,244 schools and universities in 17 prefectures to suspend classes as of Wednesday, according to the education ministry.

There is concern that further rain will lead to even higher water levels downstream, triggering new disasters. 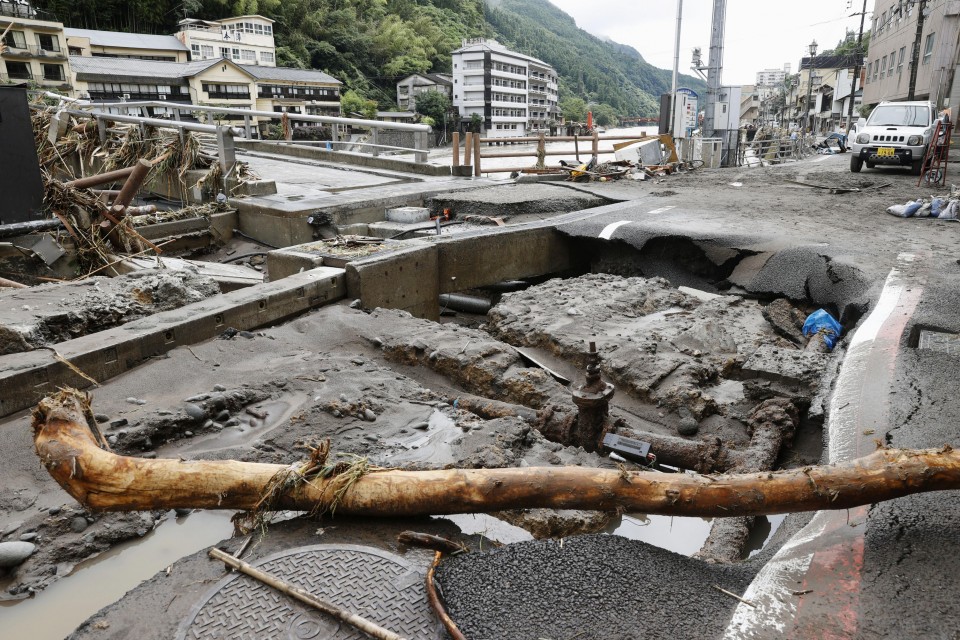