The death toll from torrential rain in southwestern Japan rose to 56 on Tuesday, as disaster-affected areas widened to the northern Kyushu region, with tens of thousands of defense troops and other rescue workers mobilized to search for those missing and help people evacuate.

The Defense Ministry said it will double to 20,000 the number of Self-Defense Forces members to be deployed in Kumamoto Prefecture and other areas hit hard by the downpour.

While at least 12 people remain unaccounted for since the rain first pounded the prefecture over the weekend, causing flooding and mudslides, about 1.38 million people in the region and nearby provinces have been advised to seek refuge, according to the internal affairs ministry.

Prime Minister Shinzo Abe warned that "there is a possibility of heavy rainfall continuing across wide areas until Thursday," and said the government would do its utmost to deal with the disaster.

The government decided to designate the downpour as a specified disaster, officials said, making those affected eligible for exceptional measures, including extension of their driver's license validity.

The designation follows that of Typhoon Hagibis last year that claimed the lives of over 100 people in Japan.

The death toll increased by seven on Tuesday, including an 87-year-old woman who was confirmed dead in Omuta, Fukuoka Prefecture, northern Kyushu, after being found at her inundated home.

In the center of Kyushu, hardest-hit Kumamoto Prefecture has so far reported a total of 54 deaths. 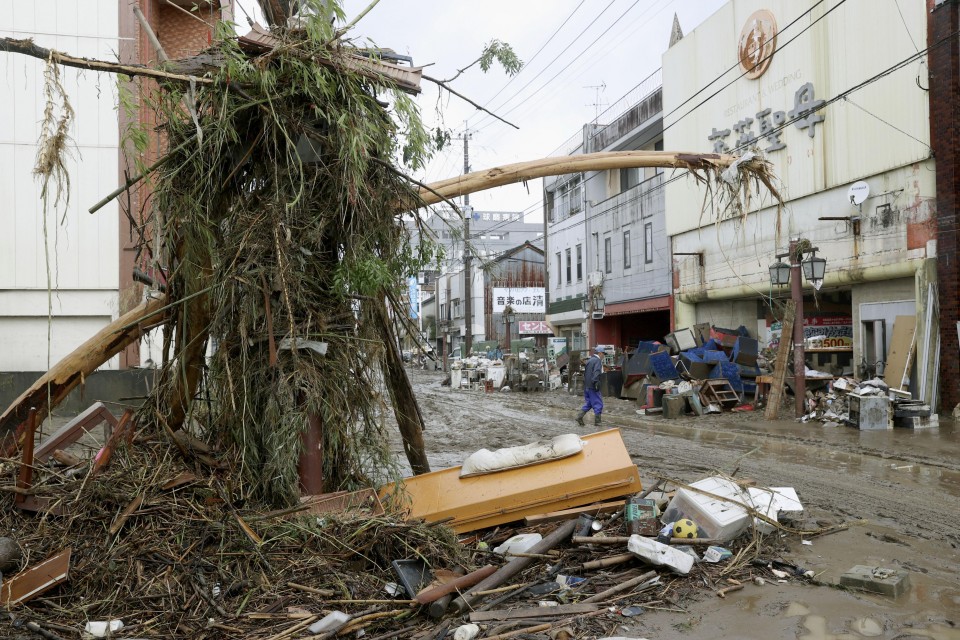 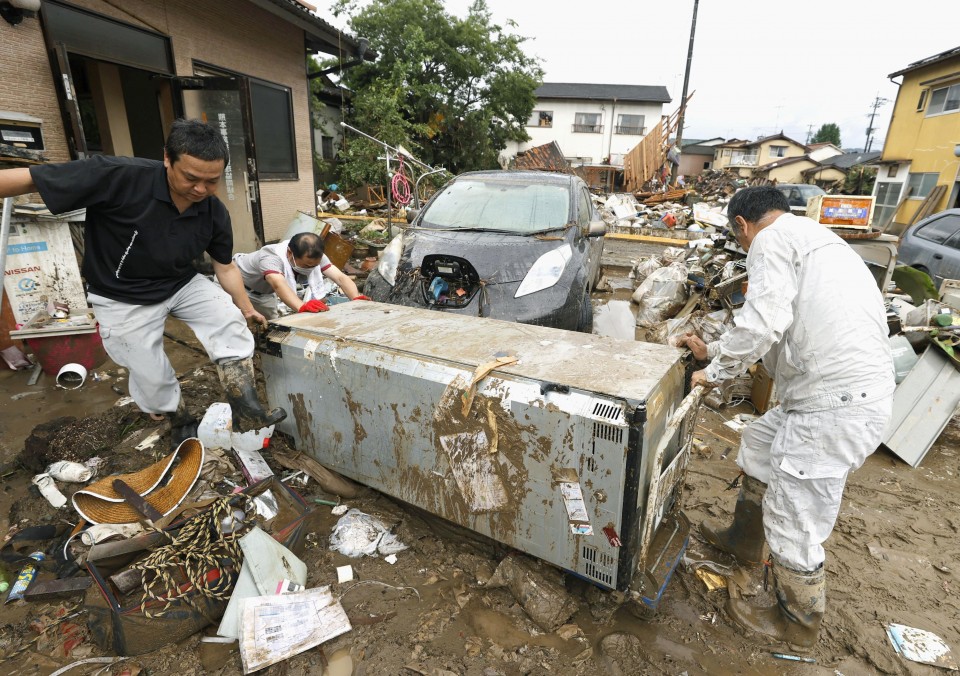 Search efforts for the missing in the prefecture continued, although the initial 72-hour period considered critical for finding people alive has passed at many of the sites hit by landslides and floods.

Nearly 3,000 households in Kumamoto and its neighboring prefectures remained with no running water, the welfare ministry said, while local authorities have transported people stranded in mountainous areas where phone, electricity and water services have been cut.

"The village of Kuma (in Kumamoto Prefecture) is severely isolated. Our SDF personnel are delivering water and food on foot, and checking their safety," Defense Minister Taro Kono said on Twitter.

The Chikugo River, the largest river in the Kyushu region, overflowed in Hita, Oita Prefecture, prompting a local meteorological observatory and the land ministry to issue the highest-level alert to residents in the morning.

Local police received an emergency call reporting that a woman in her 70s had been washed away by a river in the city, while a railway bridge over the Nogami River was also swept away.

More rain is expected through Wednesday and afterward across wide areas from southwestern to northeastern Japan as warm and humid air flows into the seasonal rain front stretching across the Japanese archipelago. 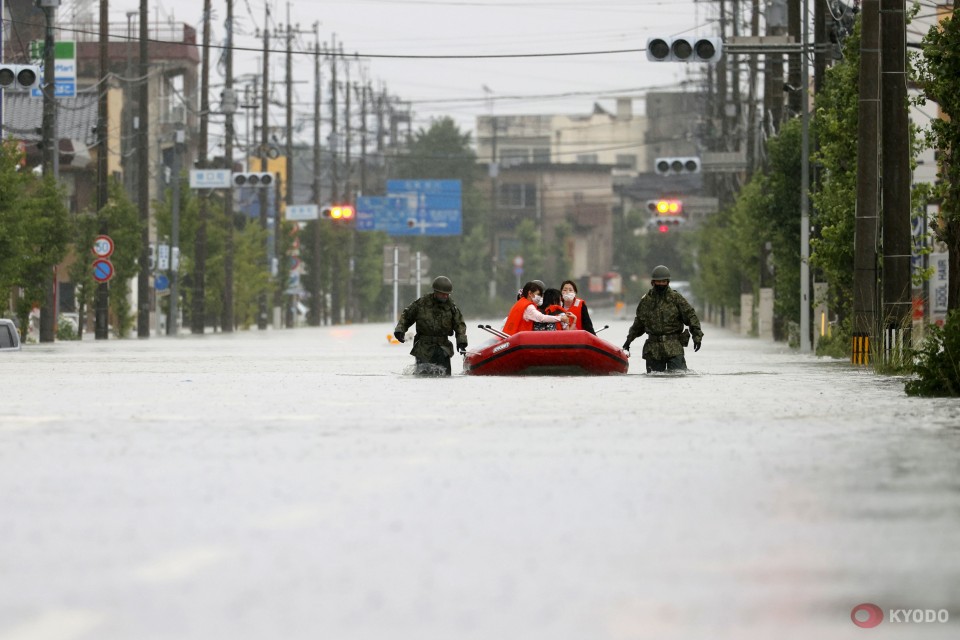