Two U.S. Marine bases in Okinawa have been put on lockdown by the military with 61 coronavirus cases confirmed this week, the prefectural government said Saturday.

The U.S. forces told the Okinawa government the cases were confirmed between Tuesday and Saturday at U.S. Marine Corps Air Station Futenma and Camp Hansen, and the two bases have been locked down, prefectural government officials said.

Lt. Gen. Stacy Clardy, commander of the III Marine Expeditionary Force and head of U.S. forces in Okinawa, explained the infection situation at the military facilities to Gov. Denny Tamaki by phone, they said. 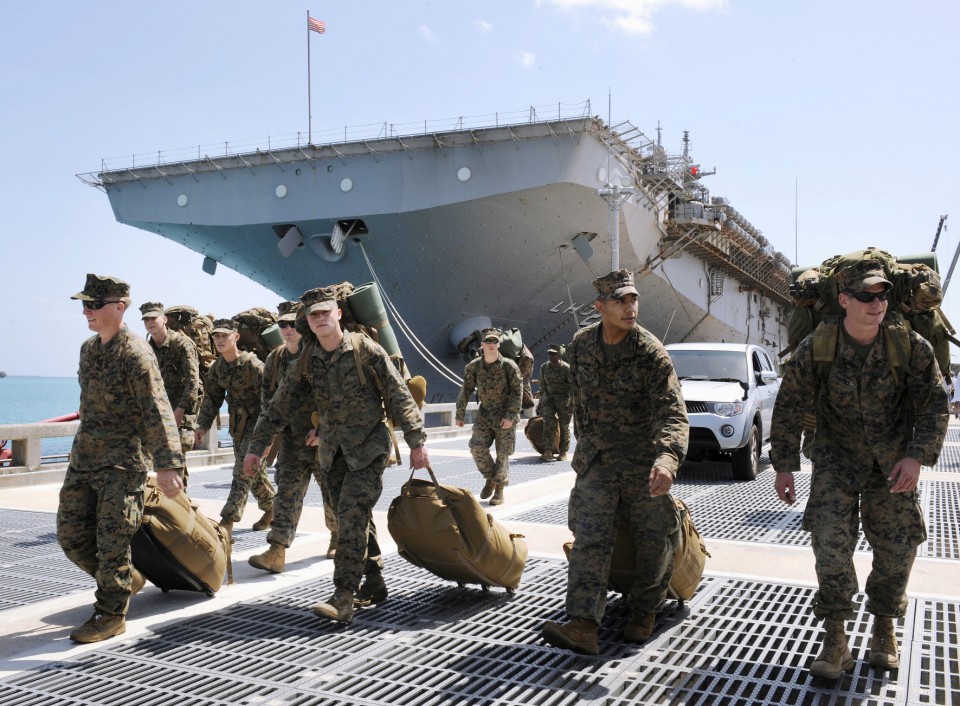 Before the exact infection number was released, Tamaki said at a press conference he was "shocked" by the U.S. forces' report on the new infections. "We have strong doubt about measures (taken by the U.S. troops) to prevent spread of the virus," he said.

Tamaki added some American military personnel held parties in downtown areas and beaches around July 4 to celebrate Independence Day and called on participants of such events to see a doctor if they feel unwell.

Kadena Air Base and Camp McTureous in Okinawa have also seen coronavirus infections, according to the prefectural government.