Yamamoto, who was diagnosed with acute myeloid leukemia in February and had been hospitalized since, "left this world peacefully" last Tuesday while surrounded by family, his daughter and actress Mirai Yamamoto wrote on Instagram. 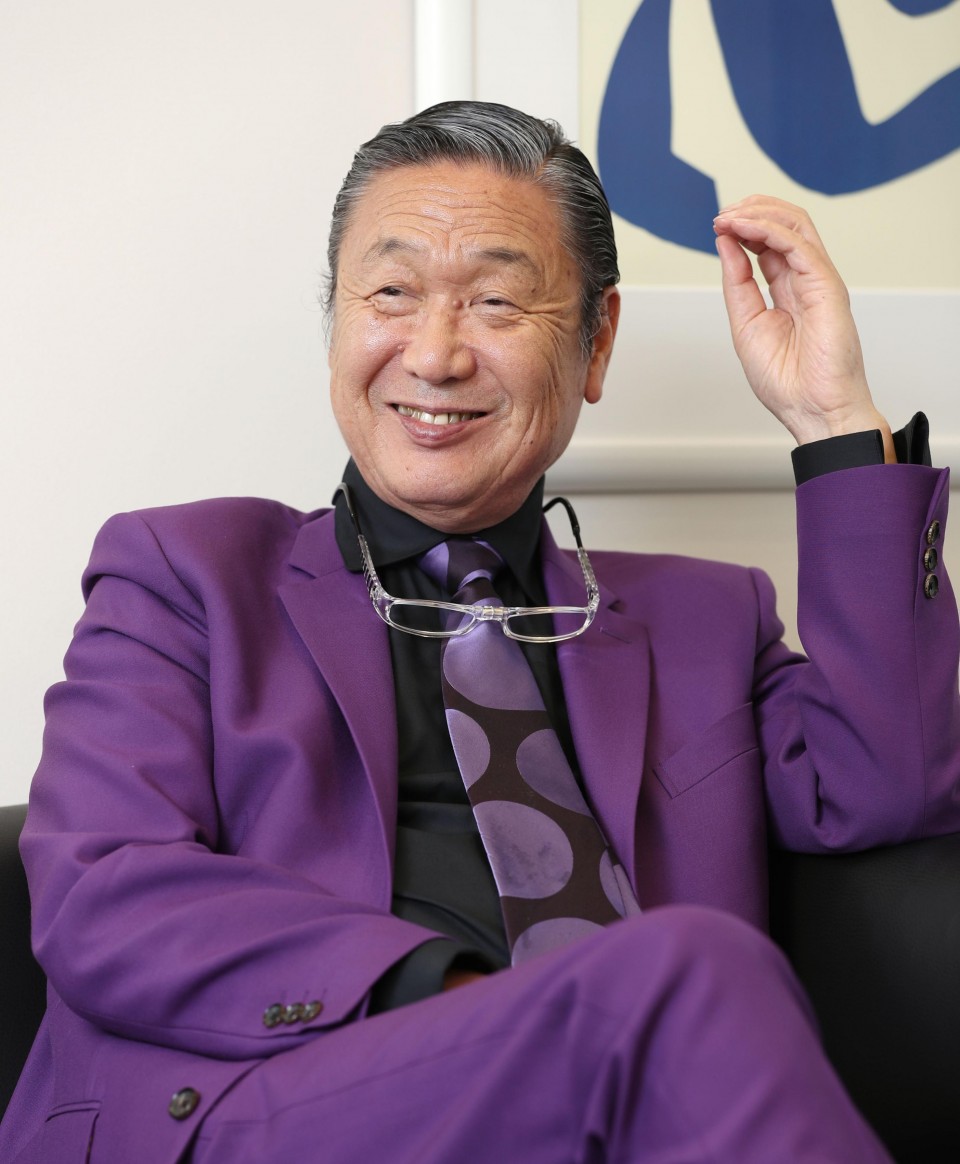 File photo shows fashion designer Kansai Yamamoto during an interview in Tokyo in May 2017. (Kyodo)

The native of Yokohama, near Tokyo, became in 1971 the first Japanese designer to hold a fashion show in London after receiving Japan's Soen Award, which identifies up-and-coming fashion designers, in 1967.

His collection in London, inspired by Kabuki and treasuring Japanese aesthetics, brought him international recognition and a long-lasting friendship with some of the world's most high-profile musicians such as Bowie, who wore Yamamoto's bold and futuristic outfits for his alter ego Ziggy Stardust, as well as Elton John and Stevie Wonder.

Yamamoto also participated in Tokyo, New York and Paris fashion weeks over the period from 1974 to 1992, according to the website of his company Kansai Yamamoto Inc.

He started off his career assisting Junko Koshino, another highly acclaimed fashion designer in Japan, and later became known as a designer who broke boundaries in fashion with his avant-garde works.

"Aesthetics of Japan...is of world standard, that's what I wanted to prove," Yamamoto wrote on the company website.

Also an event producer, Yamamoto oversaw the "Kansai Super Show Hello! Russia" in Moscow's Red Square in 1993, drawing an audience of some 120,000. 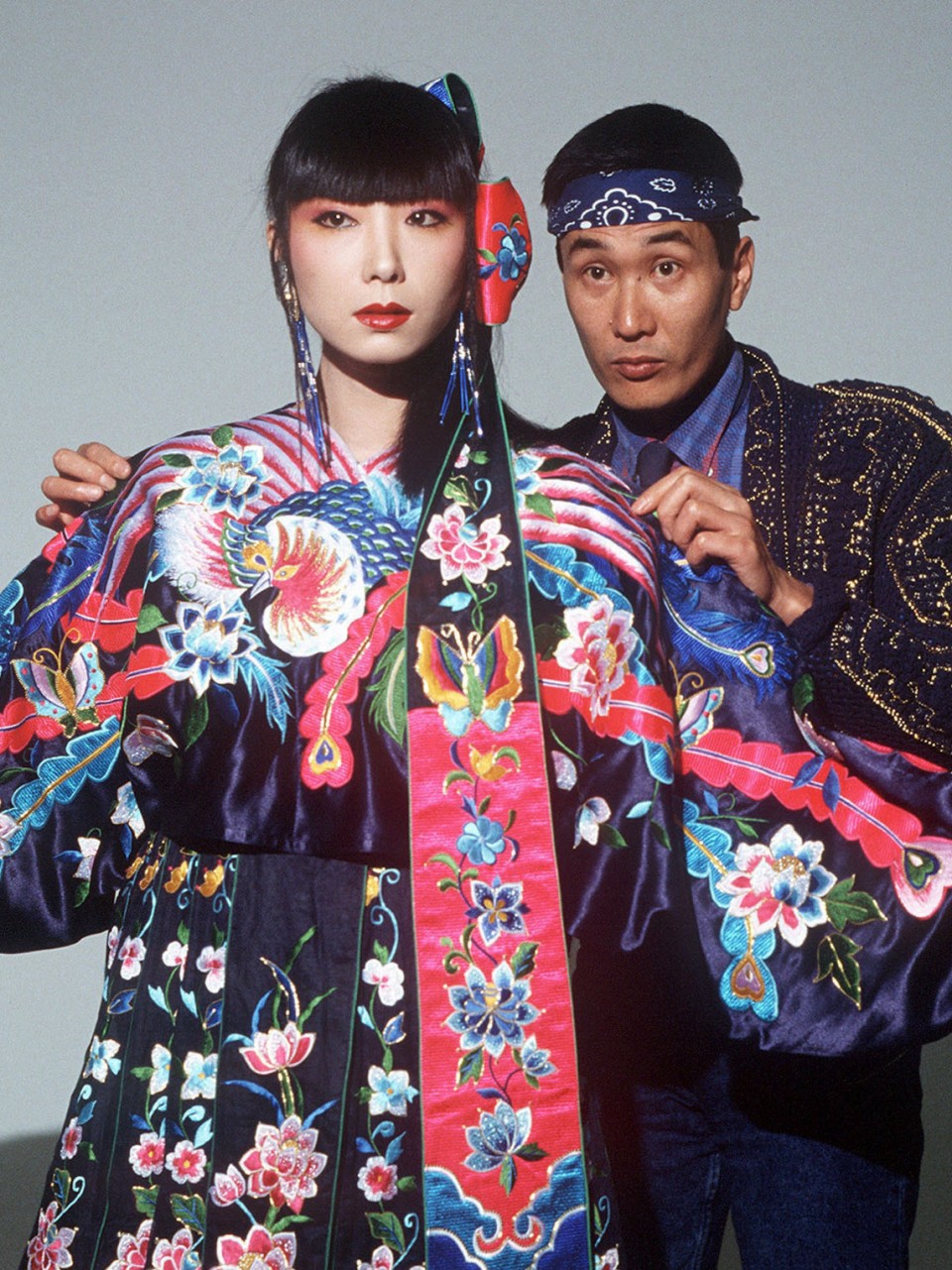 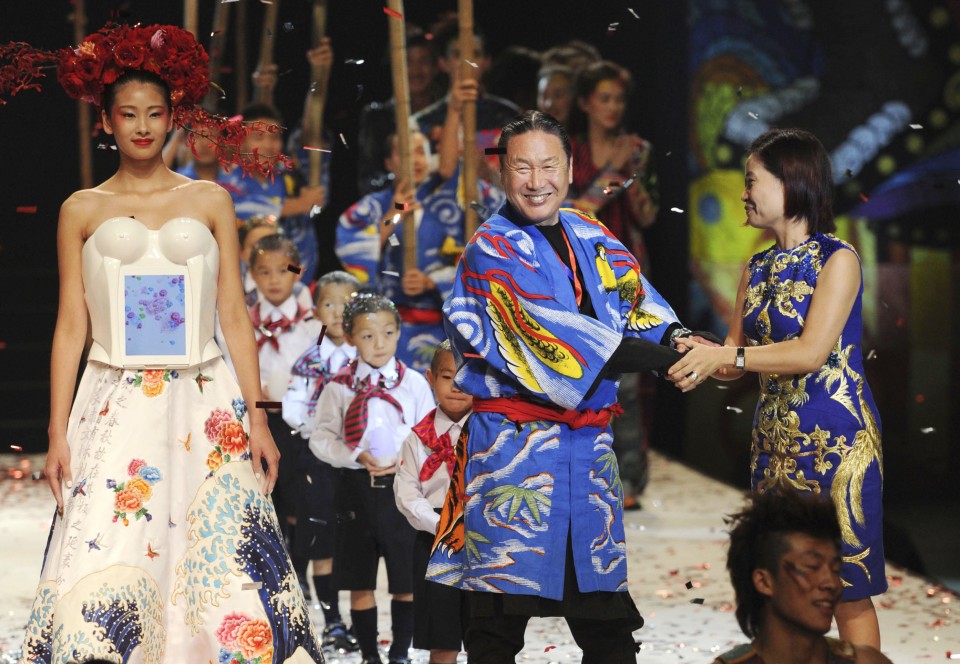 Photo taken in Beijing on Sept. 7, 2012, shows Japanese fashion designer Kansai Yamamoto (C) during a fashion show he sponsored to mark the 40th anniversary of the establishment of diplomatic ties between Japan and China. He died on July 21, 2020, at the age of 76, after being diagnosed with acute myeloid leukemia earlier in the year. (Kyodo)