A major exhibition on kimono is being staged in London to show the garment's unique and evolving contribution to the global fashion industry.

"Kimono: Kyoto to Catwalk," which opens at the Victoria and Albert Museum on Saturday, presents the kimono as more than just traditional formalwear, as it is often perceived in the West.

Speaking on Wednesday at a press preview of the upcoming exhibition, Tristram Hunt, the director of the V&A, described the kimono as "dynamic" and said it has had "an enormous influence on international clothing styles for the last 400 years."

Anna Jackson, the exhibition curator, described the kimono as "unique in its aesthetic importance and cultural impact, giving it a fascinating place within the story of fashion." 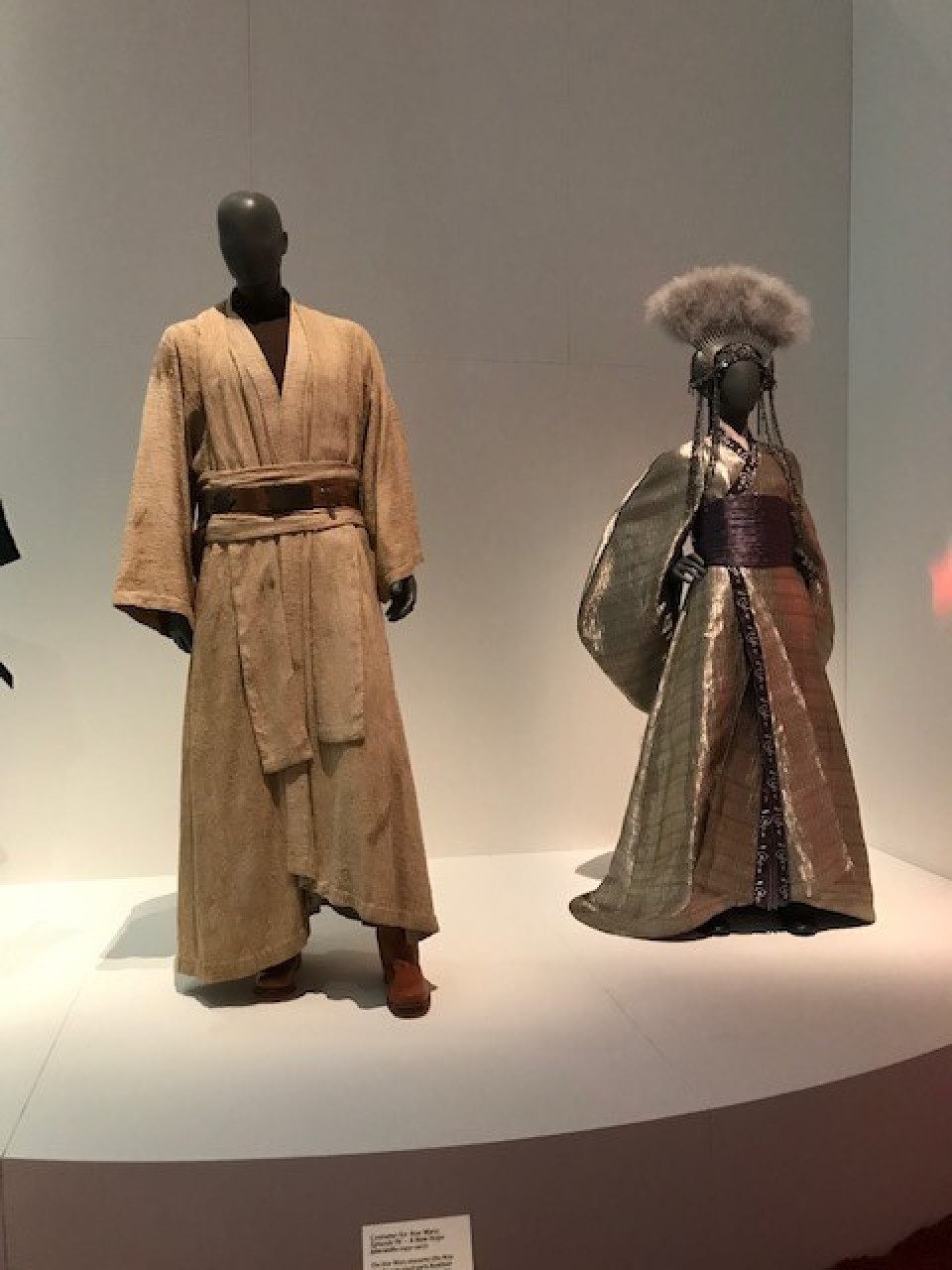 (Photo shows two kimono costumes that were used in the Star Wars movies. On the left is the costume for Obi-Wan Kenobi, played by Alec Guinness in the 1977 film "Star Wars:Episode IV- A New Hope.")

She added that the exhibition is particularly relevant as there is a "renaissance" of interest in the garment among Japanese.

The exhibition features over 300 works including kimono specially made for the show. It also includes loans from other museums and private collections.

The exhibition takes visitors on a journey starting in the mid-17th century when kimono started to become popular in Japan, with a variety of priceless items on display for the first time in Britain.

It then shows how the Dutch introduced the kimono to Europe and how the garment was adapted to foreign tastes, including as a nightgown or dressing gown. The Dutch brought new fabrics to Japan and these were incorporated into kimono designs. 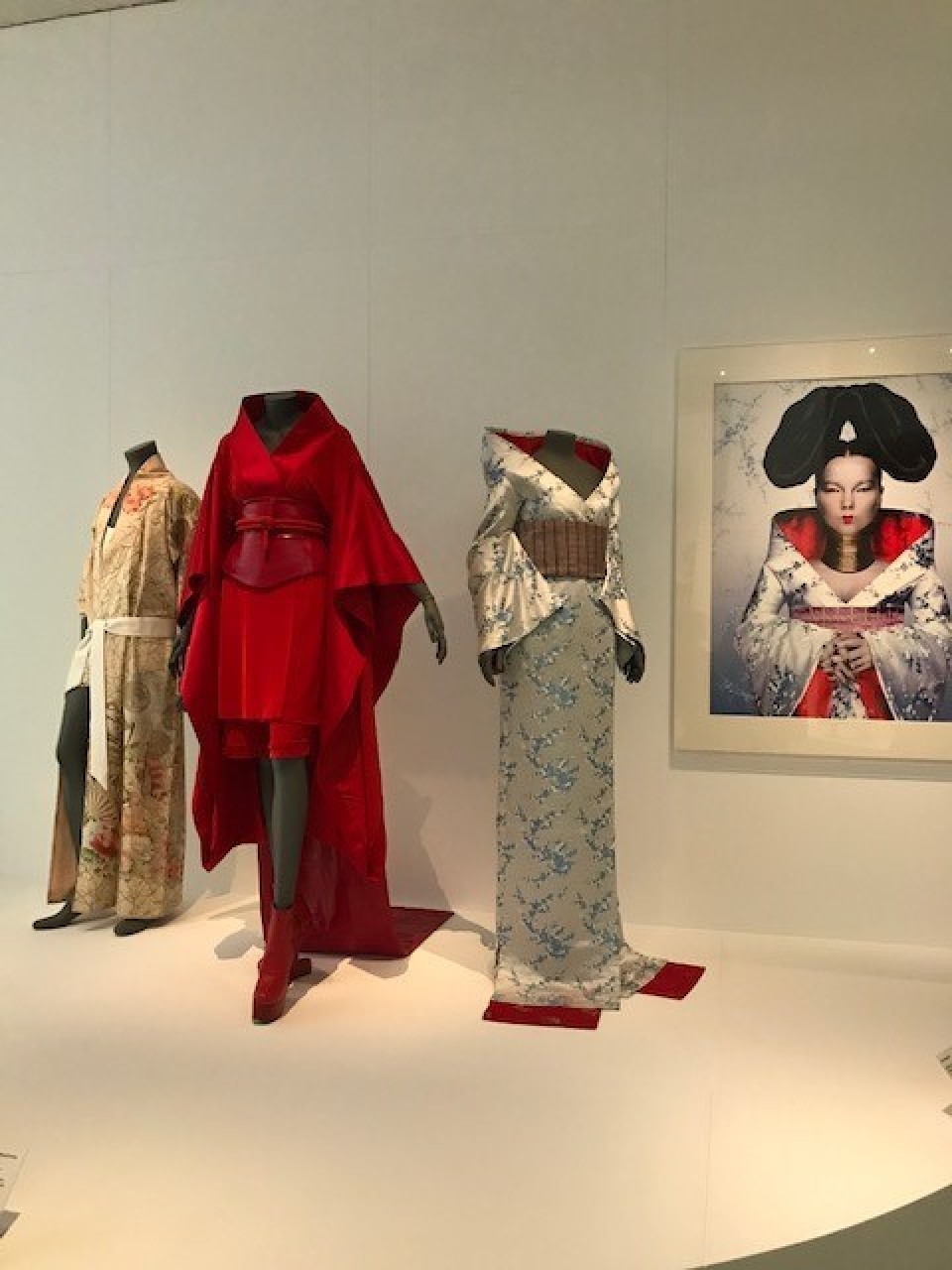 (Photo shows three "celebrity" kimono on show at the V&A Museum's latest exhibition. On the left is a kimono which belonged to the pop star Freddie Mercury, in the centre is an outfit designed for Madonna by Jean Paul Gaultier, and on the right is a kimono worn by the singer Bjork and designed by Alexander McQueen)

When Japan opened up to the rest of the world in the 19th century after a period of isolation spanning more than 200 years, many kimono were exported to Europe, where there was a fascination with everything Japanese. Items from this era are also on display.

The last section of the exhibition shows how the kimono has continued to evolve and be reinvented in the 20th century and up to the present day. On display are works by renowned designers such as John Galliano and Yohji Yamamoto.

Visitors are also treated to displays of kimono worn by pop stars such as Freddie Mercury and Madonna, as well as kimono used in the "Star Wars" movies.

The exhibition runs through June 21.