New Zealand on Tuesday suspended its extradition treaty with Hong Kong, saying it can "no longer trust" in the independence of the semiautonomous territory's criminal justice system following Beijing's imposition of a national security law.

New Zealand followed Australia, Canada and Hong Kong's former colonial ruler Britain in suspending extradition arrangements with the Chinese territory in response to the controversial legislation, which came into effect at the end of June.

Foreign Minister Winston Peters said in a statement that the national security law has "eroded rule-of-law principles, undermined the 'one country, two systems' framework that underpins Hong Kong's unique status, and gone against commitments China made to the international community."

"New Zealand can no longer trust that Hong Kong's criminal justice system is sufficiently independent from China. If China in future shows adherence to the 'one country, two systems' framework, then we could reconsider this decision."

Peters said New Zealand will also treat military and dual-use goods and technology exports to Hong Kong in the same way as it treats such exports to China.

The government also updated its travel advisory for Hong Kong to reflect the risks presented by the sweeping law.

The national security law outlaws activities that China defines as acts of secession, subversion, terrorism and collusion with foreign forces. It also allows suspects to be transferred to mainland China for prosecution.

Responding to New Zealand's move, China's Foreign Ministry spokesman Wang Wenbin said in Beijing it is a "serious violation of international laws and principles of international relations and a gross interference in China's domestic affairs," and urged New Zealand to "immediately correct its mistakes" to avoid damaging the bilateral ties.

While China has not pronounced action against New Zealand, Wang said Hong Kong will suspend agreements on extradition and mutual legal assistance with Australia, Britain and Canada, in a reciprocal move.

The Hong Kong government, in a statement, said it notified consulates of Australia, Britain and Canada about the suspension of agreements on Tuesday.

"The wrongful act of Canada, Australia and (Britain) in politicizing juridical cooperation has seriously damaged the basis of juridical co-operation. The (Hong Kong) government strongly objects to their moves," a spokesman said, but without mentioning New Zealand. 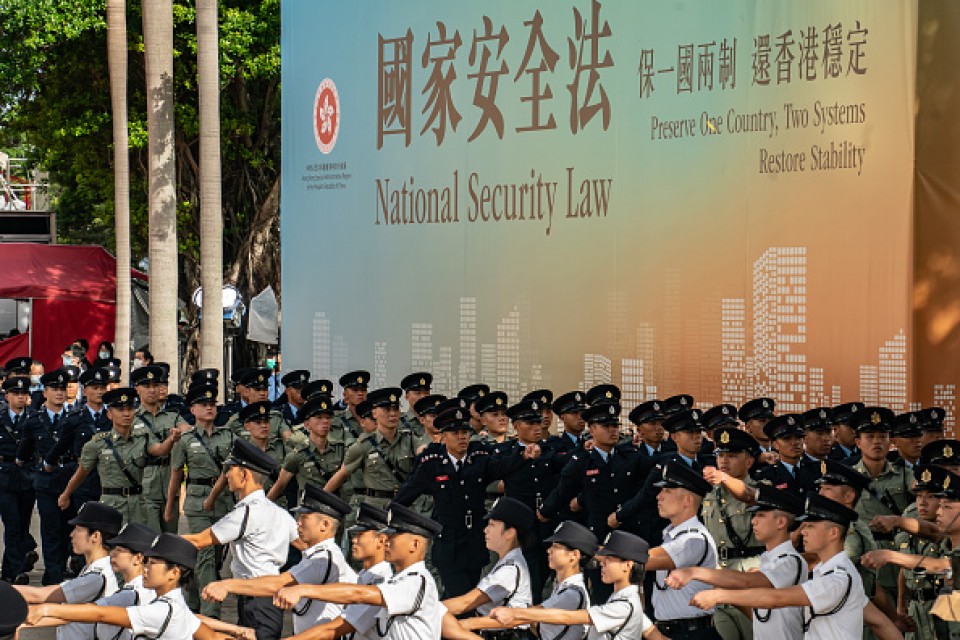