In a matter of weeks, the government of Japan will have the opportunity to demonstrate to the world how much it values protecting human rights and the environment and to meet its international obligations.

In the aftermath of the Fukushima Daiichi nuclear disaster, myself and other U.N. special rapporteurs consistently raised concerns about the approaches taken by the government of Japan. We have been concerned that raising of "acceptable limits" of radiation exposure to urge resettlement violated the government's human rights obligations to children.

We have been concerned of the possible exploitation of migrants and the poor for radioactive decontamination work. Our most recent concern is how the government used the COVID-19 crisis to dramatically accelerate its timeline for deciding whether to dump radioactive wastewater accumulating at Fukushima Daiichi in the ocean.

Setting aside the duties incumbent on Japan to consult and protect under international law, it saddens me to think that a country that has suffered the horrors of being the only country on which not one but two nuclear bombs were dropped during war, would continue on a such a path in dealing with the radioactive aftermath of the Fukushima Daiichi disaster. 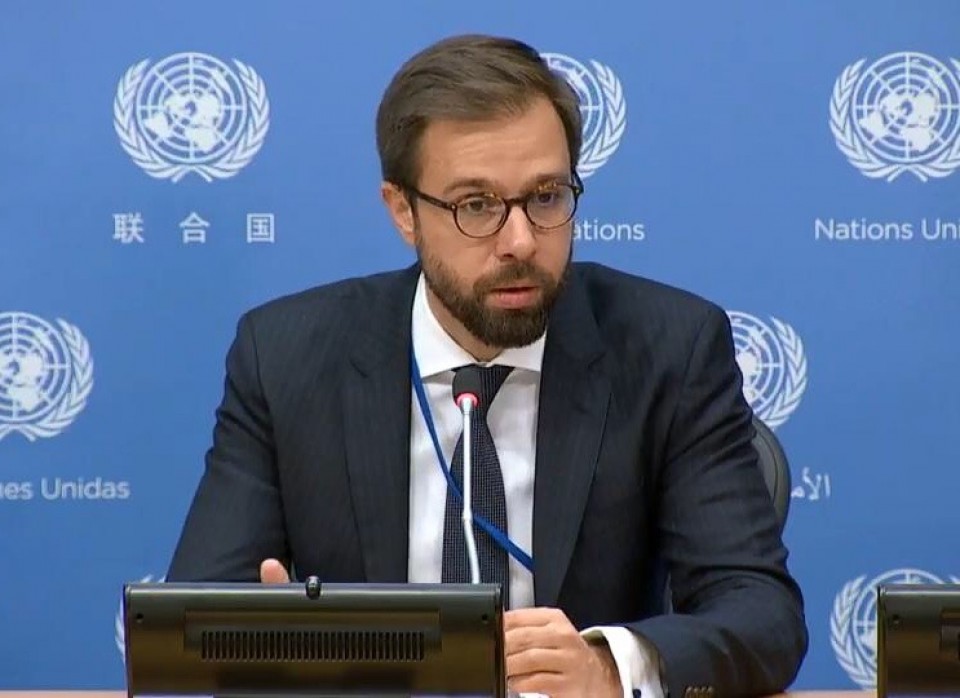 Releasing the toxic wastewater collected from the Fukushima nuclear plant would be, without question, a terrible blow to the livelihood of local fishermen. Regardless of the health and environmental risks, the reputational damage would be irreparable, an invisible and permanent scar upon local seafood. No amount of money can replace the loss of culture and dignity that accompany this traditional way of life for these communities.

The communities of Fukushima, so devastated by the tragic events of March 11, 2011, have in recent weeks expressed their concerns and opposition to the discharge of the contaminated water into their environment. It is their human right to an environment that allows for living a life in dignity, to enjoy their culture, and to not be exposed deliberately to additional radioactive contamination. Those rights should be fully respected and not be disregarded by the government in Tokyo.

The discharge of nuclear waste to the ocean could damage Japan's international relations. Neighboring countries are already concerned about the release of large volumes of radioactive tritium and other contaminants in the wastewater.

Japan has a duty under international law to prevent transboundary environmental harm. More specifically, under the London Convention, Japan has an obligation to take precaution with the respect to the dumping of waste in the ocean. Given the scientific uncertainty of the health and environmental impacts of exposure to low-level radiation, the disposal of this wastewater would be completely inconsistent with the spirit, if not the letter, of this law.

Indigenous peoples have an internationally recognized right to free, prior and informed consent. This includes the disposal of waste in their waters and actions that may contaminate their food. No matter how small the Japanese government believes this contamination will be of their water and food, there is an unquestionable obligation to consult with potentially affected indigenous peoples that it has not met.

The Japanese government has not, and cannot, assure itself of meaningful consultations as required under international human rights law during the current pandemic. There is no justification for such a dramatically accelerated timeline for decision making during the covid-19 crisis. Japan has the physical space to store wastewater for many years.

I have reported annually to the U.N. Human Rights Council for the past six years. Whether the topic was on child rights or worker's rights, in nearly each and every one of those discussion at the United Nations, the situation of Fukushima Daiichi is raised by concerned observers for the world to hear. Intervening organizations have pleaded year-after-year for the Japanese government to extend an invitation to visit so I can offer recommendations to improve the situation. I regret that my mandate is coming to an end without such an opportunity despite my repeated requests to visit and assess the situation.

The disaster of 2011 cannot be undone. However, Japan still has an opportunity to minimize the damage. In my view, there are grave risks to the livelihoods of fishermen in Japan and also to its international reputation. Again, I urge the Japanese government to think twice about its legacy: as a true champion of human rights and the environment, or not.

(Baskut Tuncak has served as U.N. special rapporteur on the implications for human rights of the environmentally sound management and disposal of hazardous substances and wastes since 2014.)