The 1960 Treaty of Mutual Cooperation and Security between the United States and Japan is a powerful contract that has stood the test of time. It underpins the stability that has enabled the extraordinary prosperity of the Asia-Pacific region. It is the foundational document of a strong alliance rooted in shared values, democratic ideals, and respect for human rights, the rule of law, and open markets. These deep roots and common interests have generated strong and enduring bipartisan support for the alliance in both countries.

But ultimately, the foundation of the alliance is not a document; it is the trust between the two nations and their citizens. Such trust was in short supply in 1960. The revised security treaty had a baptism by fire -- challenged at the outset by fears among Japanese that Japan would be dragged into conflicts by the United States -- fears that forced then-Prime Minister Nobusuke Kishi, Shinzo Abe's grandfather, to resign.

Trust was badly shaken again in the next decade. The alliance underwent a trial by fire when the "Nixon Shock" shook the foundations of what former U.S. President Dwight Eisenhower had called the "unshakable" alliance relationship. In a trio of blows to Japan's expectations for its ally, the United States abandoned Taiwan for the PRC (People's Republic of China) without notice, took the dollar off the gold standard, and imposed a 10 percent surcharge on imports from Japan.

But the alliance not only survived, it flourished -- resilience and flexibility have proven to be among its important features. It has adapted to important geostrategic developments like the end of the Cold War and the rise of transnational threats such as terrorism and nuclear proliferation.

It has also evolved. Important alliance landmarks include the historic shifts in 2014 and 2015, first through the reinterpretation of the Japanese Constitution and then with the passage of national security legislation and the adoption of new U.S.-Japan defense guidelines. These steps had the net effect of allowing the limited exercise of collective defense, permitting Japanese troops to deploy overseas and participate in military operations with foreign forces, and giving important authorities to the new National Security Council. And this period has also seen a steady increase in Japan's defense spending after years of decline.

As a result of these trends, the United States and Japan have developed new models of cooperation that strengthened the alliance's ability to operate in a changing environment. The alliance is expanding into new non-geographic domains like cyber, outer space, and the electromagnetic spectrum. At the same time, it is increasingly integrated into broader areas of U.S.-Japan cooperation beyond the security partnership to include the economy, technology, regional development and infrastructure, and global governance.

But today the U.S.-Japan alliance, some 50 years after the "Nixon shocks," is battered by "Trump shocks" that gnaw away at its foundation of trust. Japan is now labelled a "freeloader," rather than an ally. Ballistic missiles launched by North Korea into the Sea of Japan are "not a problem" since they were not aimed at the United States. The security treaty itself is "unfair and unbalanced." Washington reportedly demanded a fivefold hike to Japan's host nation support contribution. The president drops frequent hints about withdrawing U.S. forces from Japan and abruptly announced troop withdrawals from Germany.

And all this come against the background of American abandonment of agreements and even treaties ranging from TPP (Trans-Pacific Partnership) and the Paris climate accord to the Open Skies Treaty and the Iran nuclear deal. Fear that Japan would be dragged into a war drove opposition to the alliance in the 1960s. Today there is fear that Japan may be dragged into a cold war or even a conflict with China.

The roots of the alliance run deep and it will surely survive and flourish. But replenishing trust and demonstrating respect for its alliance partner must be a priority task for the next U.S. administration. 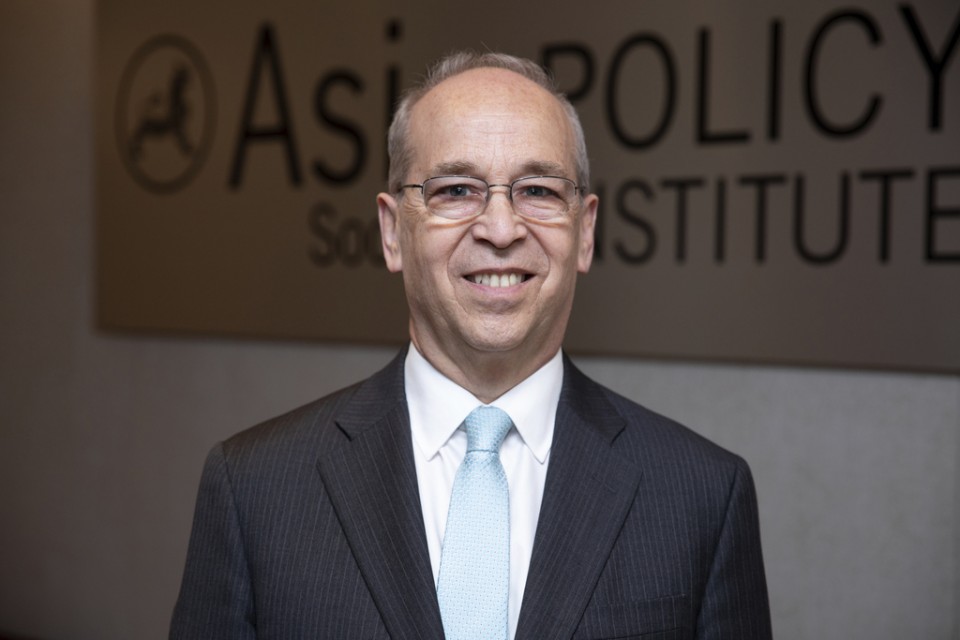 Daniel Russel is vice president for international security and diplomacy at the Asia Society Policy Institute. He served as the assistant secretary of state for East Asian and Pacific affairs under President Barack Obama.