There is no bigger crisis in the 21st century that has more directly impacted ordinary people throughout the world than pneumonia caused by the novel coronavirus pandemic.

The Sept. 11, 2001, terrorist attacks in the United States, the 2008 Lehman shock, and the March 11, 2011 tsunami and earthquake in Japan each brought extreme suffering.

But the pandemic is a globally shared experience, affecting the way people lead their lives, as well as life and death. 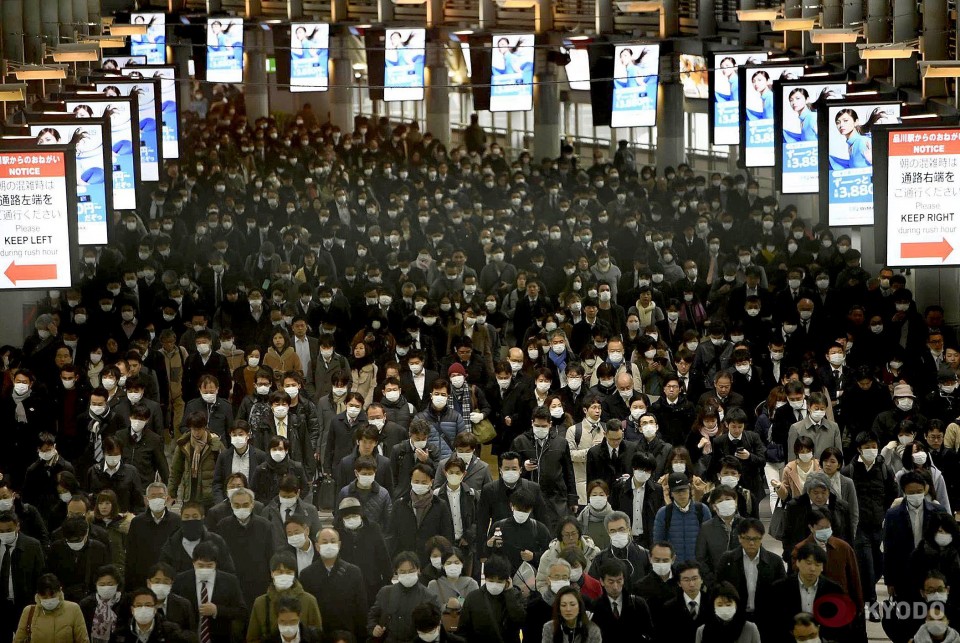 People wear masks as they head to work at Tokyo's Shinagawa Station on March 4, 2020, amid the outbreak of the new coronavirus. (Kyodo)

It is said that globalization is dead, as demonstrated by a steep decline in trade and travel. But the synchronicity of the event being experienced throughout the world is a measure of globalization. Anyone can see that this infectious disease is a global problem.

At the same time, people are sensitive to even small differences as they compare themselves to others, asking, "Is Japan doing better or worse than its neighbor South Korea?" or "How is my prefecture faring compared to others?"

In this way, globalization leads people to share commonalities and self-differentiate themselves, making unity difficult to achieve even when faced with the same challenge.

What is tricky about the virus is that other people are perceived as potential enemies, driven home through glances when someone coughs on a train or a bus.

Although one's health depends greatly on preventative measures taken by others, those same individuals whom one should appreciate as protectors, are seen as possible carriers.

This is how civil societies, though able to demonstrate strong solidarity, can attack their own members on occasion.

To say nothing of the harassment endured by Kyoto Sangyo University students who came down with the virus. Even though they were patients in need of care, they were treated more as nuisances that needed to be removed.

Those working in the medical field reported similar experiences. 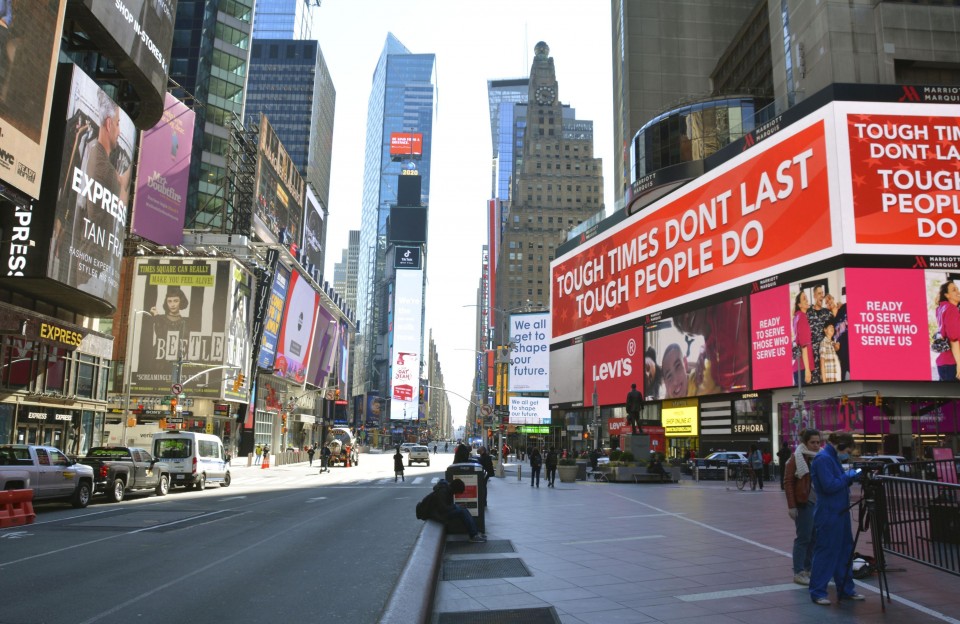 Few people are seen at New York's Times Square on March 24, 2020, as Gov. Andrew Cuomo imposed a lockdown to contain the spread of the new coronavirus. (Kyodo)

An additional challenge we face in this modern age is the lack of a hegemon to lead the world in resolving a global challenge like the current pandemic.

Against the backdrop of antagonism between the United States and China, the former has become increasingly inward-looking, while the other has not matured enough to take up the leader's mantle.

Of course, the two countries had locked horns prior to the pandemic. But relations have worsened further as the two engage in a blame game over the virus's origin and handling of its outbreak.

Although facing a global crisis due to the virus, not only has the United States shown no interest in providing public goods, Mr Trump has also announced to end relations with the World Health Organization.

China, for its part, has been busy promoting the superiority of its socio-political system as having been effective in its fight against the virus and has also put special effort in its mask diplomacy.

How should we face this global problem in an age where no one cares about the world?

First, just like modernization, which has its critics, globalization will never disappear so easily. After all, globalization was said to be on its last leg after the 9/11 attacks, and again after the Lehman shock, yet continues to exist.

Movement of people and goods will inevitably slow to a trickle for a few years but will recover, first hesitantly, then with sudden vigor.

Second, a comprehensive security guarantee for this globalized age will be key. The idea of state-centered security over such issues as territory and sovereignty does not cease to exist.

But a focus has been on the matter of individual-centered security over life and living in the face of cross-border threats as related to finance, environment, information and infectious diseases etc.

The COVID-19 crisis will trigger a rethinking of how to define security.

Furthermore, nations will have to strengthen their government's function. It may sound slightly perverted, but this will be necessary to assure security at the individuals' level.

Governments will need the foresight to bolster readiness against future crises. Concretely, in the case of infectious diseases, that ranges from strengthening the country's quarantine systems at ports of entry and healthcare facilities, stocking medical necessities like masks, to promoting the educational and professional development of infectious disease specialists and medical personnel.

In addition, as the state strengthens, society's ability to check any attempts to abuse its members must be continuously developed. How will data gathered on individuals' health and movements be used, for example?

Political power moves by itself. We have no other option but to maintain and deepen democratic control in order to prevent measures meant to protect the public from going the other way round and being used for political power.

Finally, as long as globalization continues to exist, strengthening its governance must start immediately. For example, there will be a greater need for a global framework for the fair distribution of medical supplies like drugs and vaccines. Japan must strive toward creating such a global framework. 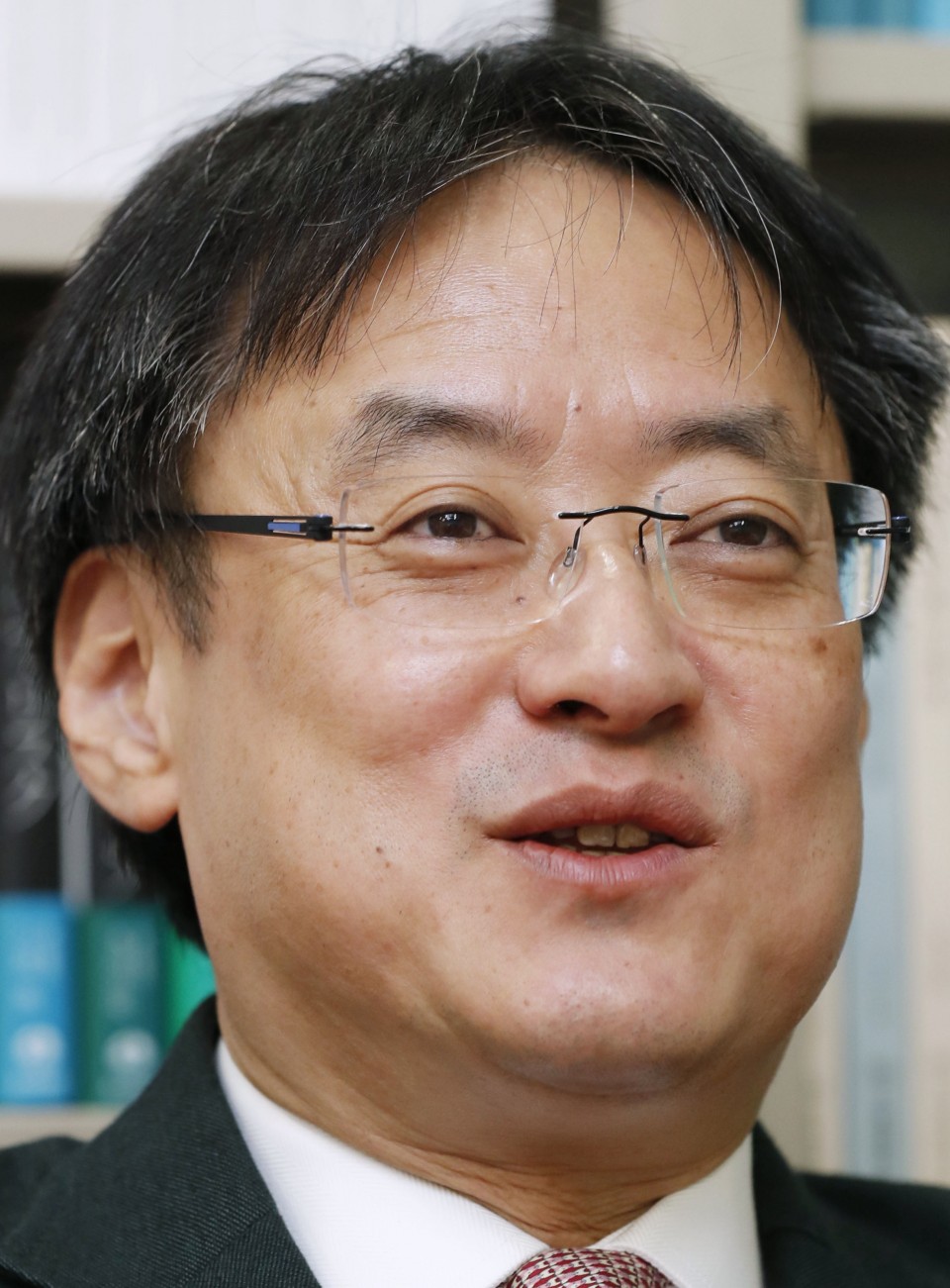 Ken Endo is head of the Hokkaido University Public Policy School. He earned a Ph.D. in politics at the University of Oxford and was a researcher at Harvard Law School, a research fellow supported by Taiwan's Ministry of Foreign Affairs, and a visiting professor at Institut d'etudes politiques de Paris. He is also the author of numerous books, including "Togo No Shuen" (The Demise of Integration) and "Oshu Fukugo Kiki" (Europe's Complex Crisis).