For the past year and a half, Bengt Yamada has been making the rounds of Tokyo's foreign embassies together with people with disabilities, mostly children, to help tell their stories.

He hopes to have visited all 150 embassies to advocate for a truly barrier-free world for the disabled by the time -- coronavirus pandemic permitting -- the rescheduled 2020 Tokyo Paralympics is held in Japan's capital next year.

Yamada, who is of mixed Japanese and Swedish parentage, began his odyssey after meeting a number of children with disabilities when his 9-year-old son was hospitalized for a congenital heart disorder some years ago. 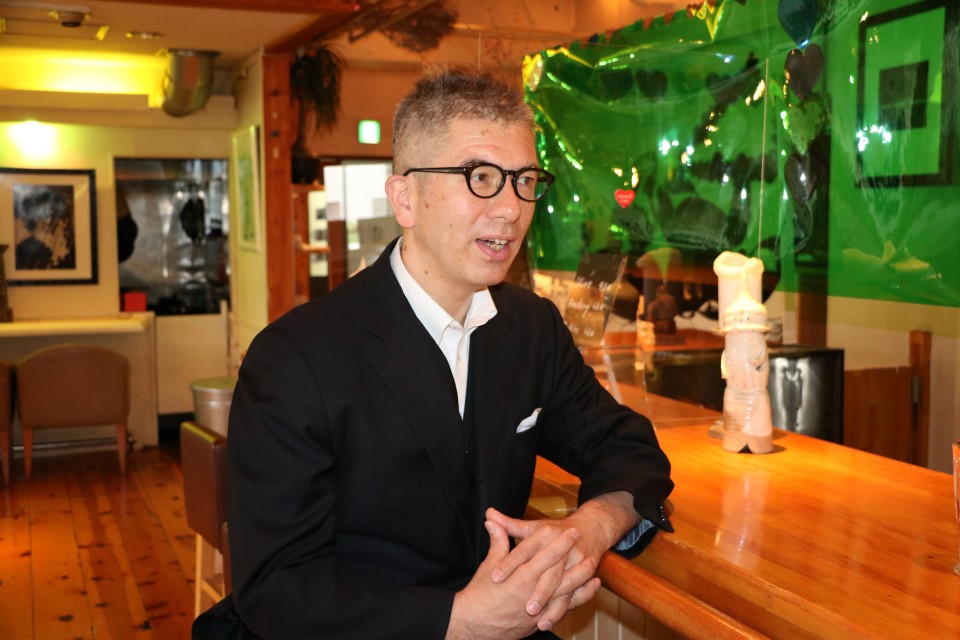 Bengt Yamada of the 2020 Japan Barrier-Free Project gives an interview at his Tommy's Cafe in Yokohama on May 19, 2020. (Kyodo)

It was his feeling that the children were almost invisible to society that eventually prompted him to initiate his 2020 Japan Barrier-Free Project, intended to lead up to what was then to be the Olympic and Paralympic year.

"As far as I know, there is no example in the world of (disabled) children's stories being told and shown and talked about by diplomats" in this way, said Yamada, 52, in explaining his reason for the project, which has been endorsed by Japan's Cultural Affairs Agency among other entities.

Along with the embassy trips, he has also made visits with disabled children to several local government offices in his home city of Yokohama and elsewhere.

Ultimately, he hopes to bring the stories back to a wider domestic audience with documentaries he is making based on his visits with disabled people as well as his prior interactions with them.

He is planning to submit one to a Tokyo film festival called the Short Shorts Film Festival & Asia. Originally due to be held this June, the festival has been rescheduled to the fall or later because of the pandemic this year.

"If people in this country have more opportunities to know disabled people in the community, they will realize the potential of children with disabilities, which could lead to a society where those children can thrive," Yamada said.

Before each visit, for now at a standstill due to the pandemic, Yamada stays with the families of children with disabilities for a day or two, or even longer, to capture their everyday life on camera.

Yamada, whose background is in acting and film production and who runs a production company, has a staff of three helping to record the footage, with four cameras following his subjects.

In his visit to the Jamaican Embassy last November, he introduced Yoichiro Nishizawa, who suffered a spinal cord injury during work at the age of 25 and now uses a wheelchair, to the ambassador and others gathered for the occasion.

Nishizawa's life story, including his bond with canine friend Lucky, a service dog that helps him conduct daily activities, moved and inspired people at the embassy, as did an exchange he had with the ambassador, Yamada said.

In a video Yamada has posted online, Ambassador Ricardo Allicock praised Nishizawa's courage for showing his coworkers and society how all people should be treated and given an equal opportunity.

The visits started with a trip to the Swedish Embassy in February 2019, but the virus has slowed Yamada's project as meetings and events were canceled to reduce the risk of infection.

During the lull, Yamada is engaging in other activities such as posting online his videos of past visits. But he expects the visits to resume on July 24 at the Swiss Embassy.

"We will make sure those children (with disabilities) are sufficiently protected from the risk of infections," said Yamada.

For Yamada, attitudinal barriers are the key ones. Other obstacles such as architectural and systemic barriers, he suggests, stem from a lack of "barrier-free minds."

"People I met in the project often said Japan is advanced concerning barrier-free infrastructure -- probably at a top level -- but still a lot needs to be done regarding barrier-free minds," he said.

Such an open mindset can develop when an individual becomes aware that everyone will have disabilities at some point in life as they continue to age, he argued.

While spending time at the hospital with his 9-year-old son for about six months, he saw many children who had illnesses or disabilities. The experience made him feel there is no clear distinction between able-bodied and disabled individuals, and that it is rather a matter of degree as to how one is or will be affected by a form of disability.

"I believe (such an awareness) will lead to a better society for everyone regardless of having or not having disabilities," he said. "That's the main reason I started this project, and the occasion of the Tokyo Olympics and Paralympics was a good time to start," Yamada said.

The Paralympics is scheduled to open on Aug. 24, 2021, in the capital following the Olympics, which is set to run from July 23 to Aug. 8, after a one-year delay due to the coronavirus pandemic.

As part of his efforts to raise awareness, Yamada installed a court for boccia -- a form of bowls for disabled people -- at an eatery that he runs in Yokohama called Tommy's Cafe.

He also uses boccia -- a Paralympic sport -- as an icebreaker on his visits to embassies before interviewing ambassadors. 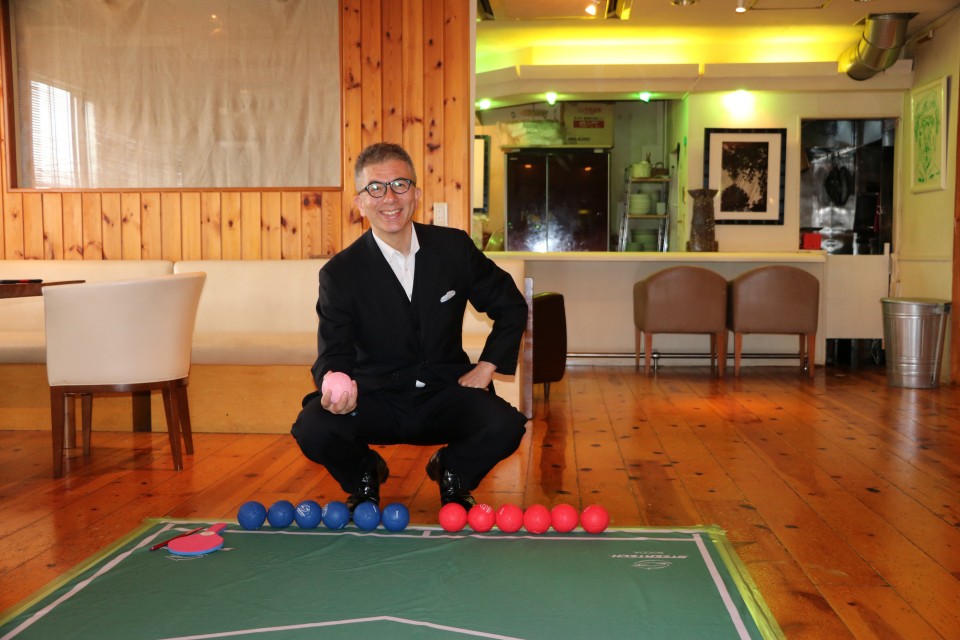 Bengt Yamada talks about the 2020 Japan Barrier-Free Project at his Tommy's Cafe in Yokohama on May 19, 2020. (Kyodo)

"Since many children in this project cannot speak due to their disabilities, we had to come up with an icebreaker which doesn't necessarily require conversation," Yamada said.

"Everyone, including ambassadors and children with disabilities, tried to outperform one another when they played boccia. In an atmosphere like that, there is obviously no barrier in their mind," he said.

Due to the virus outbreak, Yamada has removed the court for the time being as part of efforts to enhance social distancing among customers at his cafe.

"I just hope the epidemic will quickly subside so that we can start revisiting embassies and local government offices," he said.

But he added that he considers the shutdown "as a two-month vacation I suddenly got" that "in a way, was a precious moment for reflecting on the past and thinking of the future."