Tourism operators, would-be travelers and politicians alike are becoming increasingly frustrated as a date for the return to quarantine-free travel between Australia and New Zealand remains uncertain amid the coronavirus pandemic.

Australian Prime Minister Scott Morrison and his New Zealand counterpart Jacinda Ardern in early May flagged the possibility of creating a so-called "trans-Tasman travel bubble" across the Tasman Sea that separates the two countries.

However, a start to the bubble is being held back, partly due to domestic travel restrictions remaining within Australia. 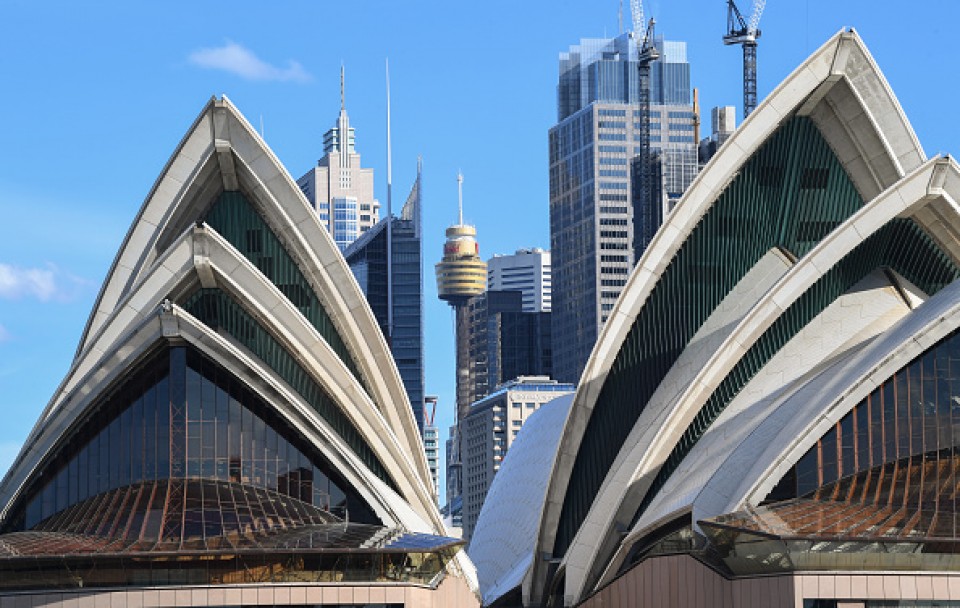 "Let's not restrain the movement between our two countries based on the slowest state in Australia," New Zealand Foreign Minister Winston Peters told Australia's Nine television network on Wednesday.

Peters was referring to states such as Queensland and Western Australia that still have hard border closures in place.

New Zealand recorded zero active coronavirus cases and lifted all virus-related restrictions at the beginning of June. However, Peters conceded that international travel must "go at Australia's speed."

Australians and New Zealanders typically spent billions of dollars in each other's country every year, and with New Zealand's economy forecast to contract by almost 9 percent, Wellington is especially keen to restart flights.

Morrison on Friday encouraged state and territory leaders to lift interstate travel restrictions, by dangling the lucrative carrot of allowing international students back into the country on a "pilot basis."

Morrison previously suggested that trans-Tasman travel would restart once all domestic travel restrictions were lifted. However, industry heads say travel could occur on a state-by-state basis.

"Most flights (to New Zealand) come in and out of Sydney and Melbourne. The Gold Coast is quite a hub, but if Queensland's not open," trans-Tasman travel can still take place, said Ann Sherry, co-chair of the Australia New Zealand Leadership Forum which submitted a blueprint for the resumption of travel to both countries' governments.

Sherry told Kyodo News that after consulting multiple industry and government bodies, ANZLF was confident a safe return to travel could begin by mid-July. However, she admitted if the Australian government wants to be more conservative, flights may begin as late as September.

Sherry said the recommendations put forward by ANZLF, which include incentives to encourage individuals not to fly if they become sick after purchasing a ticket, are scalable and could potentially be used in discussions with other countries when further travel routes reopen.

"New Zealand is step one, and then we're looking at who is step two, three, four," Sherry said, adding that travel to Asian countries such as Japan, South Korea and Singapore will be determined by virus management and case numbers.

"Everyone is watching each other's COVID-management and their plans and what their numbers look like, and I think that's going to be what determines the order of reopening travel." 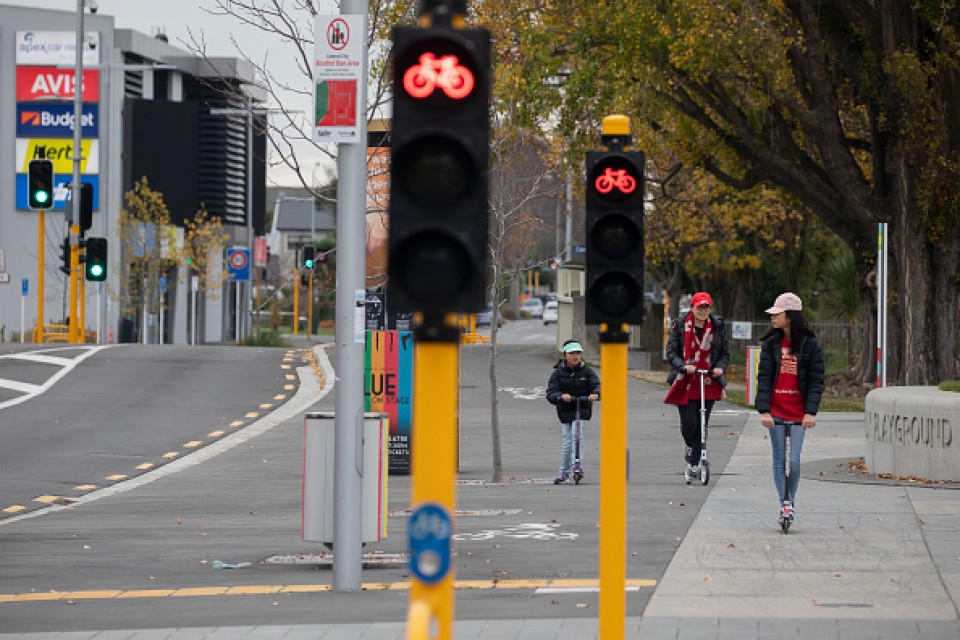 A woman and two girls ride kick scooters beside a deserted road ahead country shift to COVID-19 alert level 2, in Christchurch, New Zealand, on May 13, 2020. (NurPhoto/Getty/Kyodo)

On Tuesday, Ardern said New Zealand is keen to extend travel to southwest Pacific island nations after routes with Australia have been established.

Tourism-dependent Pacific island nations have pleaded with Australia and New Zealand to be included in the travel bubble.

"With my experience of 20-25 years in the tourism industry, this is the worst crisis we've ever come across. Compared to SARS, tsunamis and natural disasters, they come and hit and go. This is lingering on."

Cocker said tourism from Australia and New Zealand accounts for half of all arrivals to the Pacific region, meaning that even if travel from Asia, North America and Europe did not begin until 2021, the $3.8 billion region-wide industry, would survive.

The southwest Pacific has largely avoided the worst of the pandemic with cases recorded only in Papua New Guinea, Fiji, New Caledonia and French Polynesia.

Cocker admits weighing the health and safety concerns against economic concerns is now "the biggest debate" in Pacific nations as leaders jealously protect their COVID-free status.

"Some of our island countries just don't have the medical facilities as well as the preventative measures or protective measures to protect our countries from visitors that might import COVID-19," he said.

Without a confirmed return to travel between Australia and New Zealand, Cocker said it's difficult for business owners and the over 130,000 people employed in the industry to plan for a restart to local tourism.

In other words, everyone must go at Australia's speed.