During his trip to Japan in July 2019, Bolton conveyed U.S. President Donald Trump's request to a senior Japanese government official, according to the book to be published Tuesday. Kyodo News obtained a copy before it hits bookshelves.

The book also revealed that Trump urged Bolton to use the threat of pulling U.S. troops out of Japan as leverage in negotiations on host-nation support. 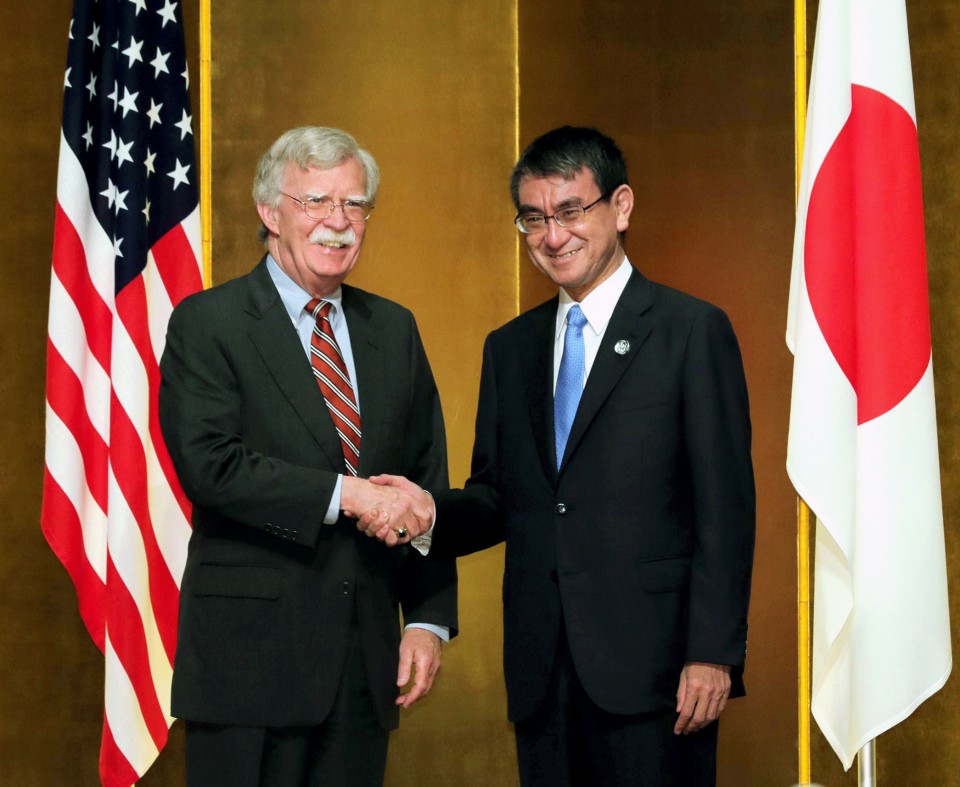 Despite having built a rapport with Japanese Prime Minister Shinzo Abe, Trump has criticized bilateral obligations under the decades-old bilateral security alliance as one-sided and unfair.

Under the long-standing alliance, Japan makes payments as host-nation support for U.S. troops stationed on the archipelago.

Bolton met with Shotaro Yachi, Abe's national security adviser who then led the secretariat for the National Security Council, and explained why Trump wanted the $8 billion, according to the book.

Bolton said when he returned to Washington and briefed Trump, the president said, while also referring to a demand for $5 billion in host-nation support from South Korea, that "the way to get the $8 and $5 billion annual payments, respectively, was to threaten to withdraw all U.S. forces."

"That puts you in a very strong bargaining position," Trump was quoted as telling Bolton.

Japan's top government spokesman denied that the U.S. side had urged Tokyo to pay more for the U.S. military.

"We are not engaged in bilateral negotiations at present," Chief Cabinet Secretary Yoshihide Suga said at a press conference in Tokyo on Monday. "Therefore, it's not true that the U.S. government has demanded an increase in payments for U.S. troops stationed in Japan."

As the current five-year agreement on host-nation support is set to expire next March, the United States and Japan need to negotiate new terms in the coming months.

"This is a good time to be asking for the money," Trump was quoted as saying in reference to the base payments, against a backdrop of missile launches by North Korea.

Japan and South Korea are both longtime U.S. allies in Asia where China's flexing of its military muscle and North Korea's nuclear and missile development have raised the need for trilateral cooperation.

The Trump administration has been seeking to block the publication of the book "The Room Where It Happened: A White House Memoir" by Bolton, who was ousted last September by the president amid disagreements over Afghan peace talks.