In an abrupt announcement, Kono said it would be difficult to ensure that the rocket booster of an interceptor missile would land in a Self-Defense Forces training area or the sea, as promised, without hardware modifications.

"In view of the cost and (more) time (needed) for the deployment, we will halt the process," Kono told reporters, adding that he informed Prime Minister Shinzo Abe on Friday of the decision related to the defense system that was expected to go into operation in fiscal 2025 at the earliest. 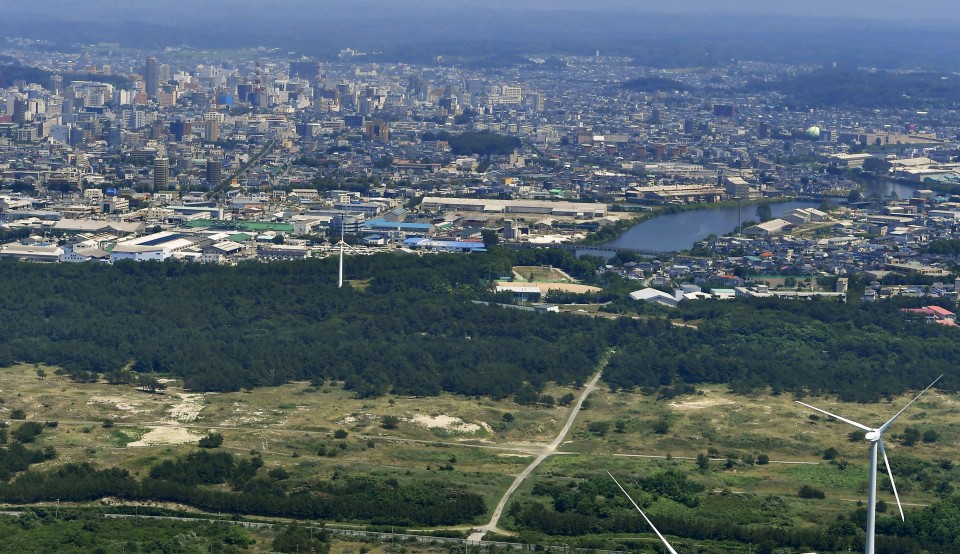 The Japanese government decided in 2017 to deploy two Aegis Ashore batteries. They were to supplement the Maritime Self-Defense Force's Aegis-equipped destroyers, with one candidate site in the northeastern prefecture of Akita and the other in the western prefecture of Yamaguchi.

"For the time being, we'll maintain our missile defense capability by Aegis-equipped destroyers," Kono said.

"It came out of the blue and I was surprised," Yamaguchi Gov. Tsugumasa Muraoka told reporters at the prefectural government's office.

Akita Gov. Norihisa Satake said the government's judgment was "sensible," adding that he received a phone call from Kono after 5 p.m. and was told of the suspension.

Kono said he will visit the two governors before long to explain to them in person the reasoning behind the suspension.

The purchase of the costly batteries was decided by Japan after a series of ballistic missiles launched by North Korea and U.S. President Donald Trump's push to sell more military equipment under the "Buy American" policy.

The purchase of the units as well as their 30-year operation and maintenance were estimated to cost about 450 billion yen ($4.2 billion).

The Japanese government has so far spent or allocated nearly 200 billion yen in total for the deployment plan.

The plan was originally unpopular with residents concerned about the health effects of electromagnetic waves emitted by Aegis Ashore's radar, as well as the possibility of their communities becoming a target in an armed conflict.

The Defense Ministry was also found to have conducted an erroneous geographical survey to select Akita's Araya district as the hosting site.

Faced with criticism, the government decided to redo geographical assessments at 20 potential sites in the northeastern region of Tohoku, including Araya.

It had aimed to come up with fresh survey results by March 20, but the schedule has been repeatedly pushed back due to the outbreak of the novel coronavirus.

As for the site in Yamaguchi, the ministry had said the Ground Self-Defense Force's Mutsumi training area straddling Hagi and Abu remained the candidate site for hosting the Aegis unit. 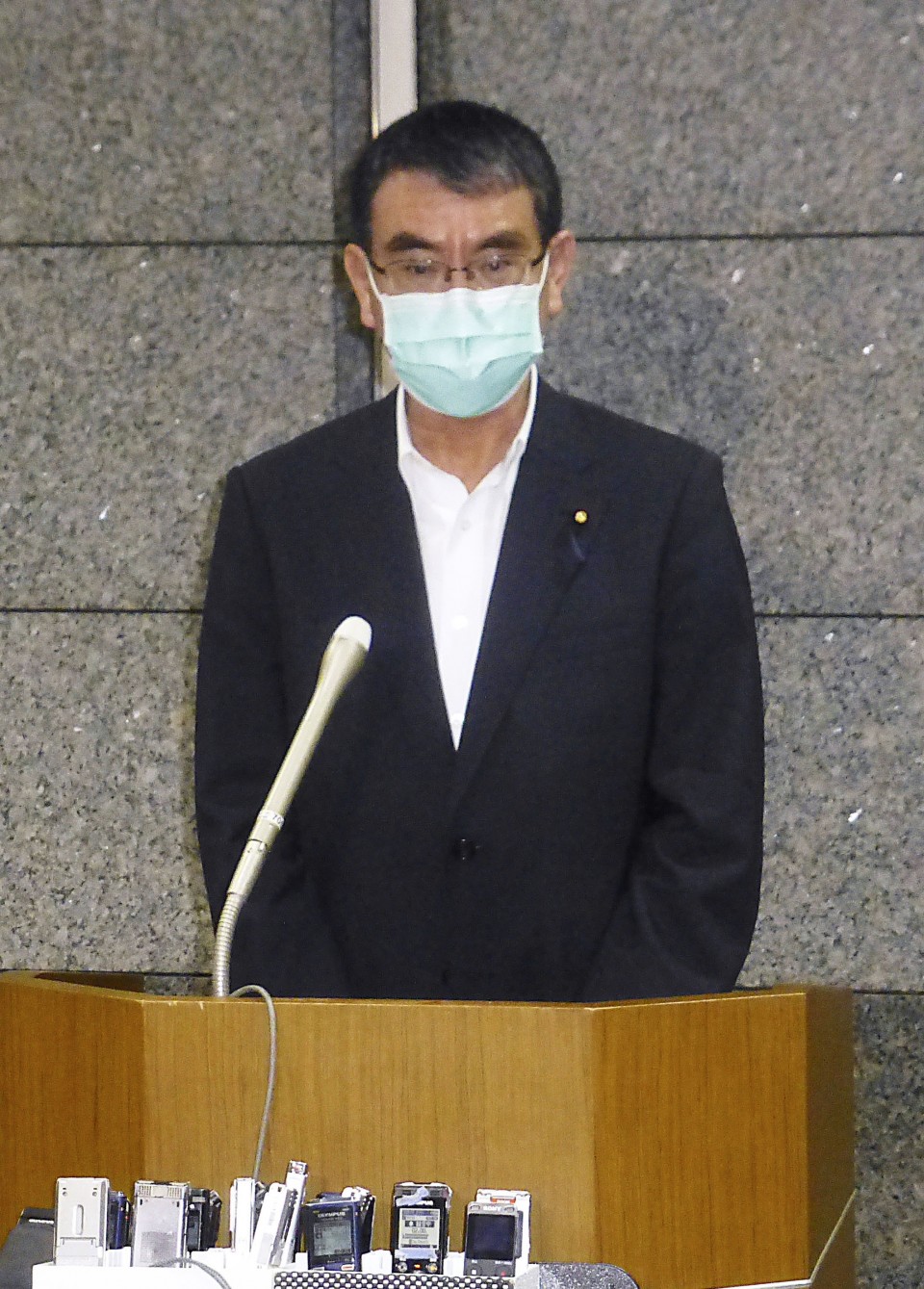 Since August 2018, the ministry had stated that rocket boosters would fall within the perimeter of the training ground, without affecting the lives of people residing around the facility.

But talks with the United States led to the conclusion that the safety of the municipalities could not be ensured and technical challenges would not be resolved just by software modifications, Kono said.

Following the announcement, Tetsuro Fukuyama, secretary general of the Constitutional Democratic Party of Japan, told reporters that the main opposition party will grill the Abe administration for making the decision at the last minute before the current parliament session ends Wednesday.

Fukuyama said the initial budget for fiscal 2020 that incorporated a 12.9 billion yen spending plan in connection with the process of the Aegis Ashore deployment needs to be revised.

"They had taken no heed of our argument that the spending shouldn't be in the budget given that the locations to deploy them are not fixed," he said.

The party's Diet affairs chief Jun Azumi said that Japan was "pressed by the United States to buy an expensive item. Prime Minister Shinzo Abe is politically responsible for it."

Takeo Kawamura, a former Cabinet secretary whose constituency is where the Yamaguchi training area is situated, said he was taken by surprise and urged the Defense Ministry to explain the situation in detail.

A former defense minister, who spoke on condition of anonymity, suggested the government is inconsistent with its past claim that Japan would be unable to defend itself from missiles only by Aegis-equipped destroyers.

Meanwhile, another former defense minister, Gen Nakatani, said on a TV program that Kono "made a good decision," noting that how much Japan needs to pay for the deployment had become unpredictable.