Kurobe Dam, a popular tourist destination in the central Japan prefecture of Toyama, began its annual discharge of water on Friday.

The hydroelectric dam, located in Japan's Northern Alps, releases 10 to 15 tons of water a second through gates in the middle of its 186-meter dam wall, the tallest in Japan, creating a spectacular arc that can be viewed from a designated observatory area.

Kansai Electric Power Co., the operator of the dam, said the water discharge began in 1961 to maintain the landscape of the nearby Kurobe River during summer when the water level typically drops. 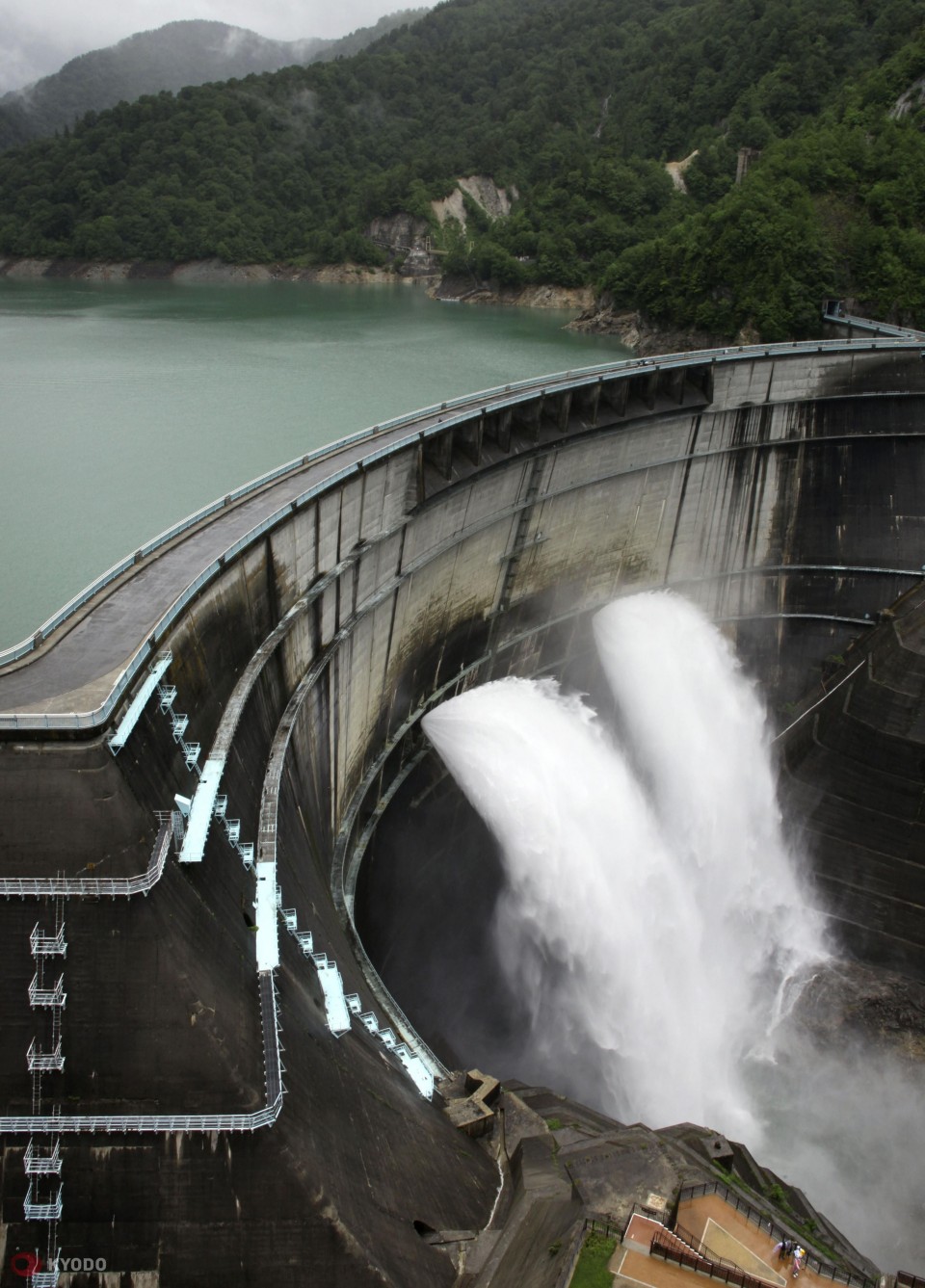 "I would like visitors to enjoy the nature of the Northern Alps and relieve their stress and tiredness (from the novel coronavirus pandemic)," an official of Kansai Electric said.

The event will take place from morning to evening until Oct. 15, but hours are subject to change depending on the weather, the operator said.

The total reservoir capacity of Kurobe Dam is about 200 million tons. Construction of the dam, which took seven years to complete, began in 1956 in response to the increased demand for electricity during a period of economic growth in postwar Japan.