Japan received an estimated 1,700 foreign travelers in May, an all-time low for the second consecutive month, amid the coronavirus pandemic, government data showed Wednesday.

The number, down 99.9 percent from a year earlier and compared with 2,900 in April, is the lowest since 1964, when the government began compiling such statistics, according to the Japan Tourism Agency.

It is the eighth consecutive monthly decline, as travel restrictions were imposed globally amid the spread of the virus, according to the preliminary data.

With cases of coronavirus infections topping 8 million worldwide, according to Johns Hopkins University, it is set to be some time before travelers can return. 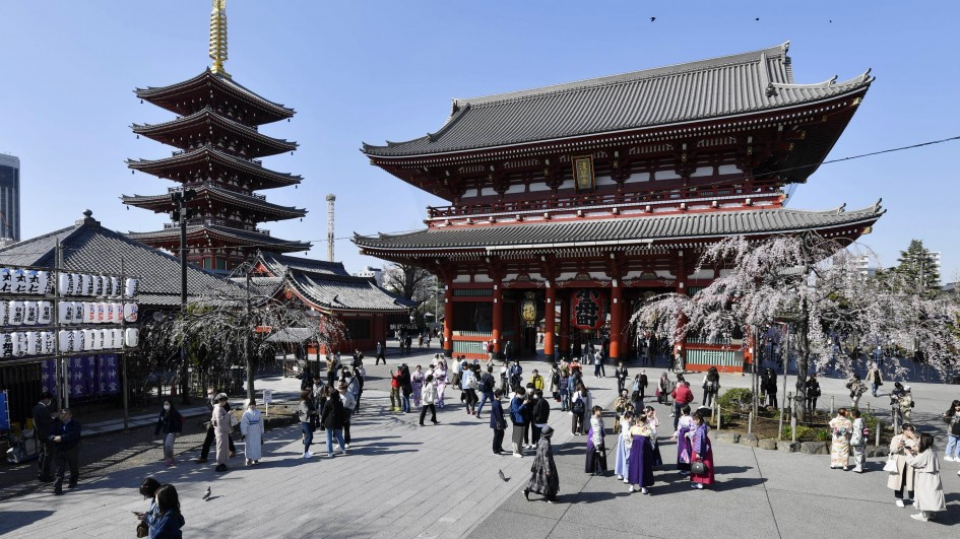 (Fewer people than usual are seen at Senshoji temple in Tokyo's Asakusa district on March 19, 2020)

The number of Japanese nationals departing the country in May plunged 99.6 percent to 5,500 from 1,437,929 a year earlier but slightly picked up from 3,915 the previous month.

The accumulated number of foreign visitors from January to May declined 71.3 percent from a year earlier to 3.94 million, the data showed.

Japan currently imposes an entry ban on 111 countries and regions. The government is considering easing restrictions on countries where the virus is under control, such as Vietnam.