The International Olympic Committee on Thursday reaffirmed its plan to hold the rescheduled 2020 Tokyo Games next summer, dismissing talk of a possible cancellation as "pure speculation."

In an interview with BBC Sport last month, however, IOC President Thomas Bach acknowledged that the games would likely be canceled if not held next year.

"The IOC together with its partners and friends in Japan is fully committed to celebrate the Games of the XXXII Olympiad from 23 July until 8 August 2021 in Tokyo," an IOC spokesperson said.

"The joint task force is 100 percent focused on this goal, everything else is pure speculation."

The IOC said that due to its excellent partnership with the host nation, it is ready "to discuss any delivery option" in future with the Japanese government, the Tokyo metropolitan government or the games organizing committee.

Japanese media interpreted the message as a change in the IOC's stance, moving away from Bach's suggestion that the games could be in doubt to a strong statement that cancellation is not on the cards.

In April, the IOC said, "Our Japanese partners and the prime minister made it very clear that Japan could not manage a postponement beyond next summer."

On Wednesday, after an online meeting of the IOC executive board, Tokyo Olympic organizing committee President Yoshiro Mori said the local organizers and the IOC had "never discussed cancellation."

In April, the IOC removed a comment from its website that referred to Japanese Prime Minister Shinzo Abe when discussing the financial impact of postponing the games, following objections from the Tokyo 2020 Olympic and Paralympic Organizing Committee.

The IOC and the Japanese government agreed on March 24 to postpone the Tokyo Games because of the global coronavirus outbreak. 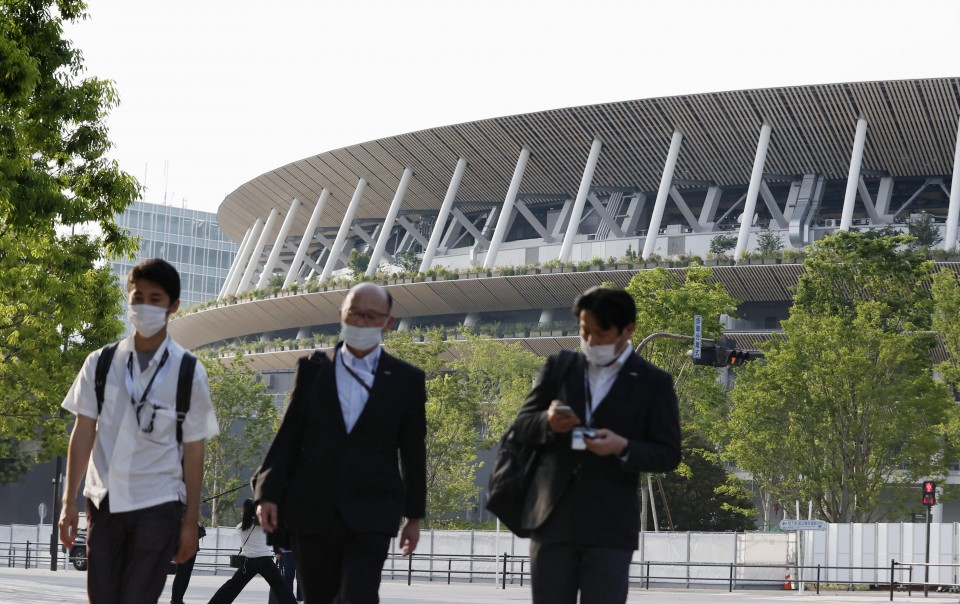 (Photo taken on June 4, 2020, shows the National Stadium in Tokyo, the main venue of the Tokyo Olympics and Paralympics)