An unidentified white balloon-like object was spotted by residents in northeastern Japan on Wednesday, with some people directing inquiries to police and other local authorities while others took to Twitter to voice their excitement.

An official from the Japan Meteorological Agency's Sendai office in Miyagi Prefecture confirmed it was not an item flown by the agency, saying, "We checked with the Sendai municipal government and the Self-Defense Forces, but they have no idea either."

According to the agency, calls about a mysterious floating object began arriving around 7 a.m.

It was observed in Sendai and Fukushima Prefecture and a cross-shaped item, described by an agency official as resembling some type of observational equipment, could be seen hanging from the sphere. 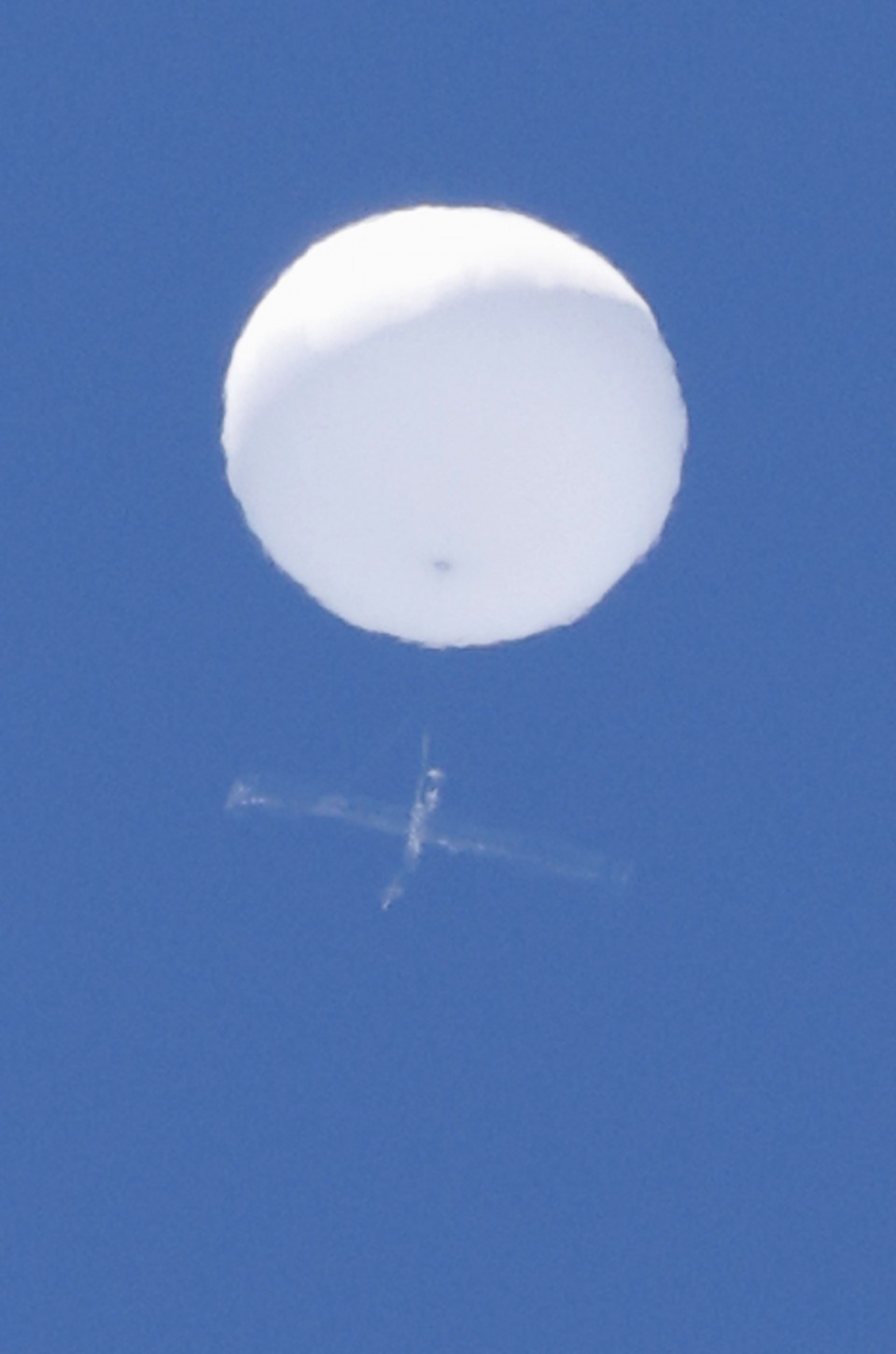 (Photo shows an unidentified white balloon-like object that was observed by residents in skies above northeastern Japan on June 17, 2020)

U.S. delays historic astronaut launch to Sat. due to weather

The Miyagi prefectural police also flew a helicopter to check on the object traveling at more than 2,000 meters above the ground but have yet to determine its origin and identity.

"We just have to keep our eyes on where it's going," a police official said. The police lost the exact location of the object in the evening after clouds blocked them from tracking it.

The transport ministry's office at Sendai airport said there had been no requests for flying an aerial vehicle as per aviation law.

"As it is not on any flight paths, it will not impact aircraft operations, but we will continue to keep an eye on it," an official at the office said.

On Twitter, one user asked "Could it be a UFO?" while another said, "It looks like a hot-air balloon."