A Japanese aerospace startup's launch of a compact rocket failed Sunday morning in Hokkaido due to an engine problem, the company said, in the latest setback for a project that has suffered a series of delays partly due to the coronavirus pandemic.

Interstellar Technologies Inc.'s MOMO-5 rocket fell into the sea without reaching space. Ground control shut the engine down 70 seconds after liftoff from the town of Taiki in Japan's northernmost prefecture around 5:15 a.m., it said.

Part of the engine was damaged during the launch and the fuselage could no longer maintain its orientation, the company said. The rocket reached an altitude of about 11 kilometers before falling into waters some 4 km off the launch site. 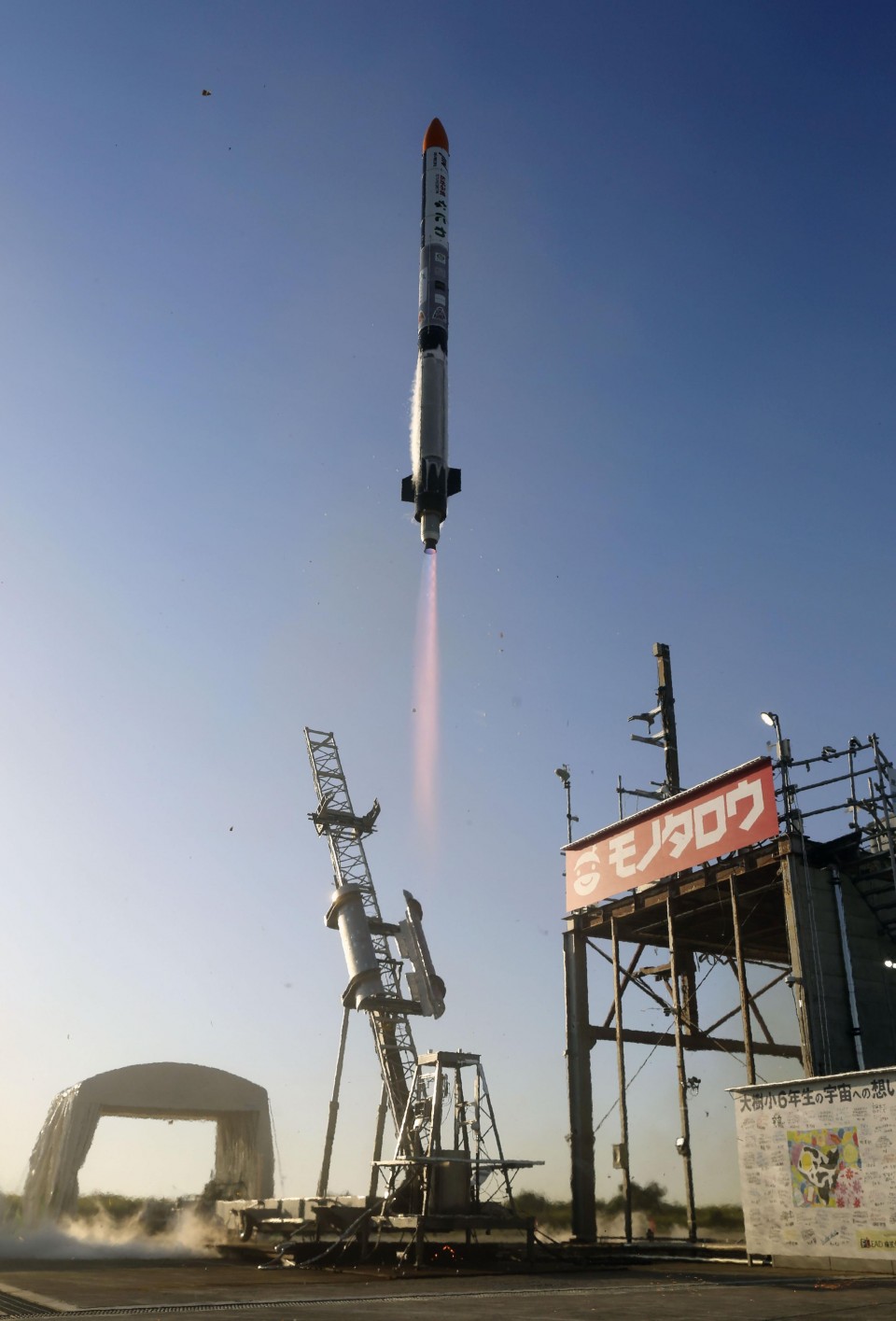 The startup in May last year became the first private Japanese company to send a rocket to the edge of space, about 100 kilometers above the Earth. It was aiming to reach space for the second time and gain momentum in commercialization.

"It was a disappointing result, but there were no major problems except for the damaged (engine) part. We would like to take necessary steps toward the next (launch)," Takahiro Inagawa, president of the company, said in an online press conference.

Takafumi Horie, who founded Interstellar Technologies in 2013, said, "It flew perfectly part of the way."

The MOMO-5, measuring about 10 meters in length, 50 centimeters in diameter and weighing 1 ton, was expected to test a navigation sensor for use in a satellite-carrying rocket the company is currently developing.

The firm, based in Taiki, had initially planned to launch the rocket in January but put it off due to a glitch in an electronic component.

In early May, it was forced to reschedule again after locals expressed concerns about coronavirus infections being imported to the town by people coming to watch the liftoff. The public was subsequently barred from watching the launch.

On Saturday, the company postponed the liftoff for a third time, putting it back by one day due to strong winds.