The 4:47 a.m. quake, which originated at a depth of about 36 kilometers, registered lower 5 on Japan's seismic intensity scale of 7 in Asahi, Chiba Prefecture, east of Tokyo. The agency warned quakes of similar intensity may follow over the next week in areas that experienced strong swaying. 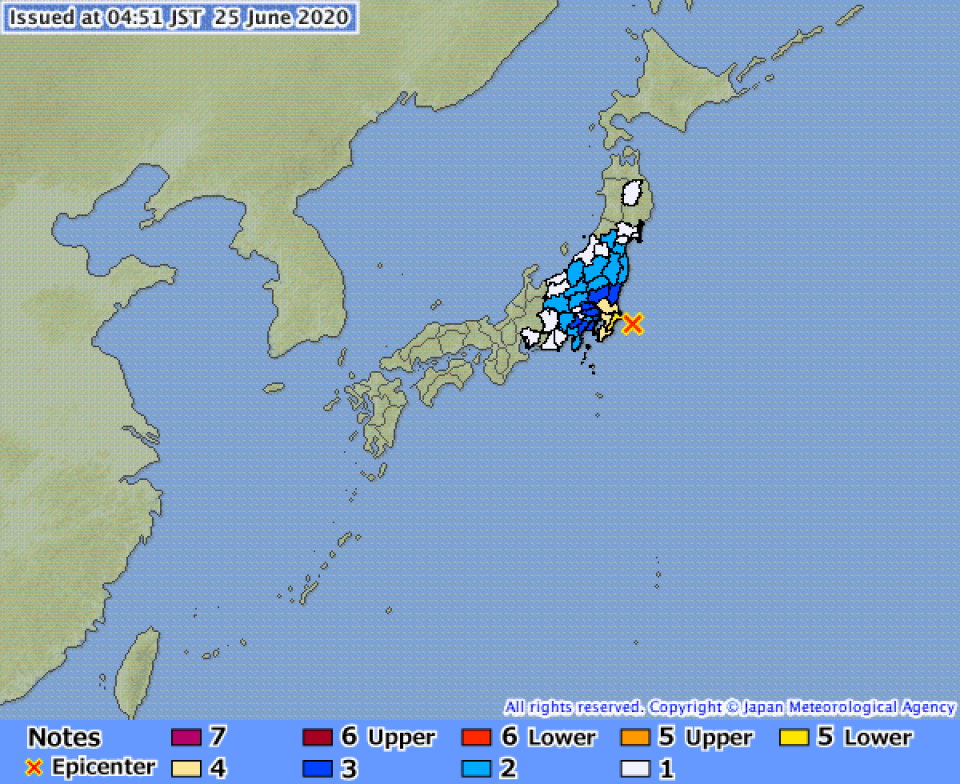 An intensity of lower 5 means people become frightened and feel the need to hold onto something stable, according to the agency.

"After a shock that felt like something pushing up from below, swaying lasted for 30 seconds to 1 minute. But nothing fell off shelves and no glasses broke," said a male clerk at a convenience store in Asahi.

A woman in her 80s broke her left leg after she woke up during the quake and fell down at her home in Ichihara, Chiba, where an intensity of 4 on the Japanese scale was recorded, according to authorities.

There were no reports of landslides or major damage to buildings.

The quake was also felt across central and northeastern Japan.

East Japan Railway Co. said it briefly suspended services on some sections of its lines in Chiba following the quake.

No abnormalities were reported at the Tokai No. 2 plant of Japan Atomic Power Co. in neighboring Ibaraki Prefecture, according to the prefectural government.

Chiba and Ibaraki have recently experienced a lot of seismic activity.