Japan plans to ease its coronavirus travel restrictions by letting in up to around 250 foreign travelers per day from Australia, New Zealand, Thailand and Vietnam, government sources said Thursday.

The quota, which Japan aims to introduce this summer, will initially apply to businesspeople, the sources said, adding that the government task force on the virus response is expected to finalize the plan soon.

Japan currently has an entry ban in place for 111 countries and regions, with foreign travelers who have been to any of these areas within the last two weeks being turned away. 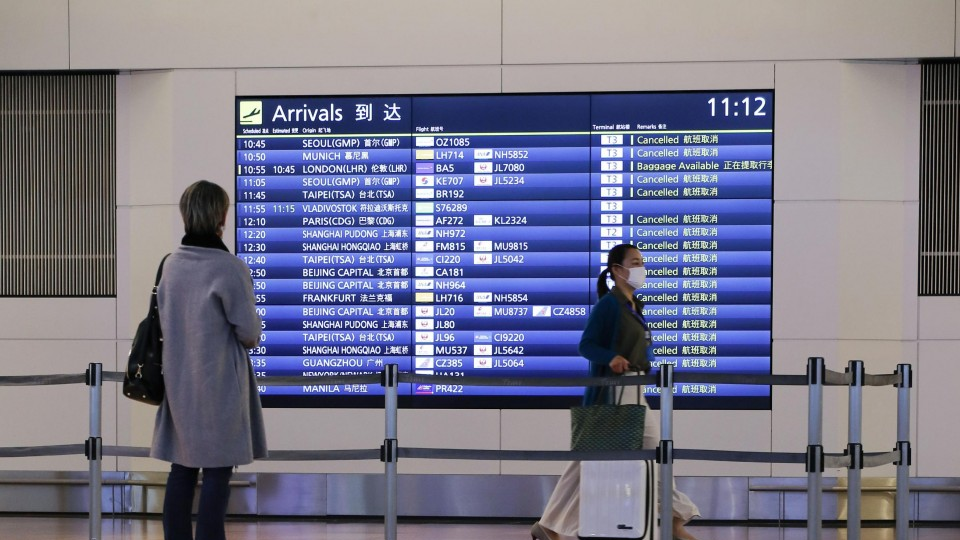 "We will continue to carefully consider ways to partially resume (international travel) in steps, while taking care to prevent infections from spreading," Prime Minister Shinzo Abe told a parliamentary committee.

Foreign travelers who come to Japan under the quota will be required to hand in negative results from a polymerase chain reaction, or PCR, test taken before their departure and take another test when they land in Japan.

They will also need to submit an itinerary detailing the hotel they are staying at and places they intend to visit and refrain from using public transportation, the sources said. They may be asked to keep GPS data on their smartphone to make it easier to conduct contact tracing in the event they are found to be infected.

Businesspeople such as executives and engineers will be given priority, with students and then tourists set to follow later, the sources said.

The government is also considering setting up stations to conduct PCR tests on people leaving Japan, as some countries have begun opening their borders to those that provide negative results, the sources said.

According to the Foreign Ministry, 181 countries and regions have imposed travel restrictions of some kind on Japan, including Australia, New Zealand, Thailand and Vietnam.

The easing of travel restrictions is expected to be mutual, and discussions are being held with these countries on how to do so without risking the spread of COVID-19.

Details such as how many from each country will be let in, and how freely they will be allowed to move once at their destination, are still being worked out.

Japan chose the four countries for the scheme because they have the outbreak under control, and due to their strong economic ties with Japan, the sources said.

Depending on the situation, the government will expand the list later to other countries, including China, South Korea and the United States.