Foreign residents of Japan who should be allowed back into the country on humanitarian grounds will be exempt from the country's entry ban, the Justice Ministry has said.

The move comes amid confusion among Japan's international community regarding travel restrictions put in place to prevent the novel coronavirus from being brought in from overseas. 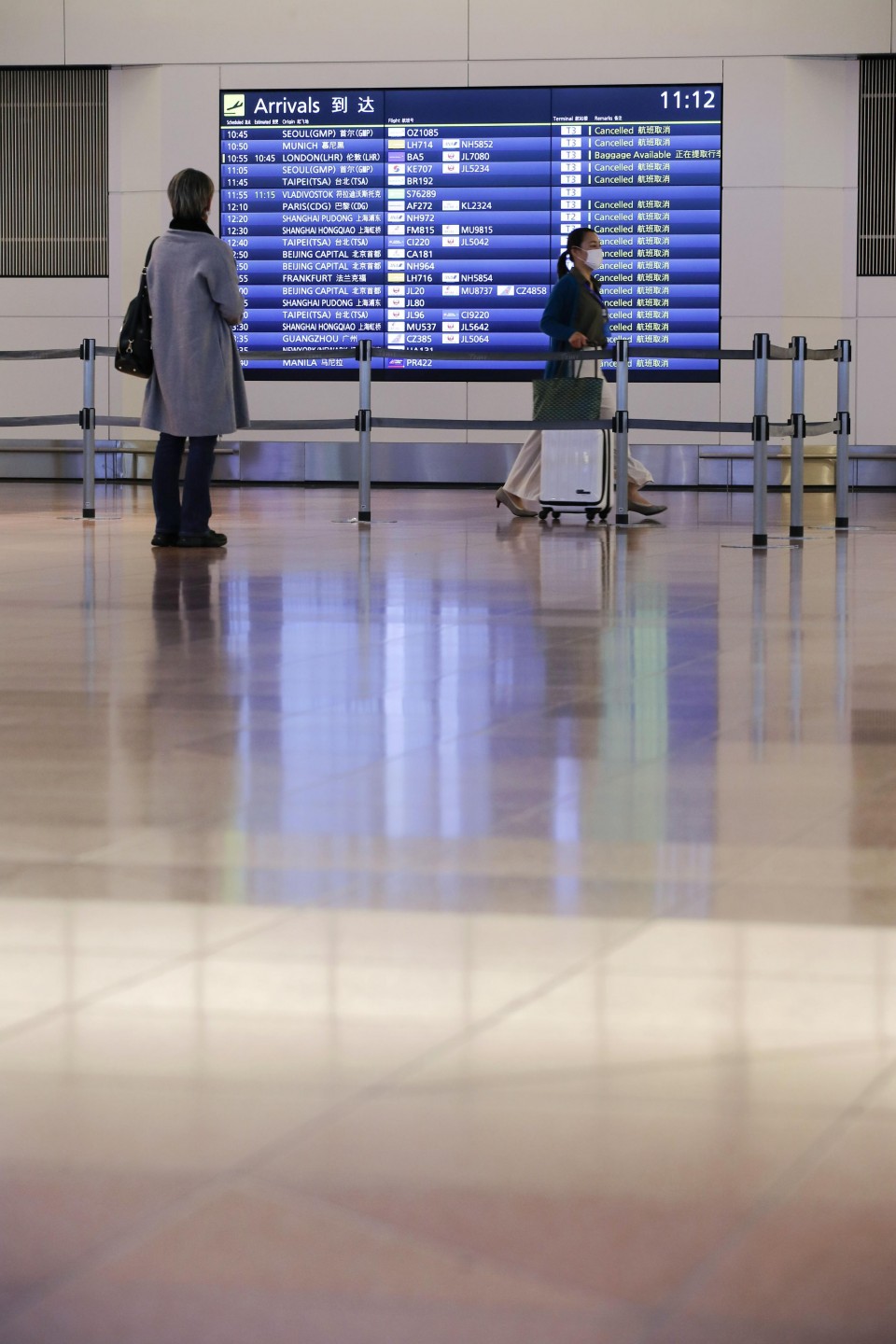 Few people are seen in the international arrival lobby of Tokyo's Haneda airport on March 30, 2020. (Kyodo)

Permission to enter Japan may be granted "depending on the individual situation if there are special exceptional circumstances, particularly such as when there are circumstances that require humanitarian consideration," reads a notice added to the ministry's website on May 27.

An official of the Immigration Services Agency said Thursday such cases include those in which a family member has died overseas or a foreign resident requires medical treatment that cannot be received in Japan.

Foreign residents can contact the agency, the nearest regional immigration bureau or their home country's embassy in Japan to confirm whether they qualify, the official said.

Japan has banned entry from 111 countries and regions, including the United States, most of Asia including China and South Korea, and all of Europe. Foreign nationals who have been to any of those areas in the last two weeks are being turned away at the border.

Specific examples of cases where permission for re-entry may be granted (Ministry of Justice, as of June 12)

Japan eyes easing ban on entry from Thailand, Australia, 2 others