The pair will replace Sam Whitelock, a World Cup winner in 2011 and 2015 with New Zealand, and Damien de Allende, a member of the South Africa side that won the Webb Ellis Cup last year.

Kruis and Parkes are set to arrive in Japan in November from England's Saracens and Welsh club Scarlets, respectively, ahead of the 2021 Top League season, which is scheduled to start next January and run through to May. 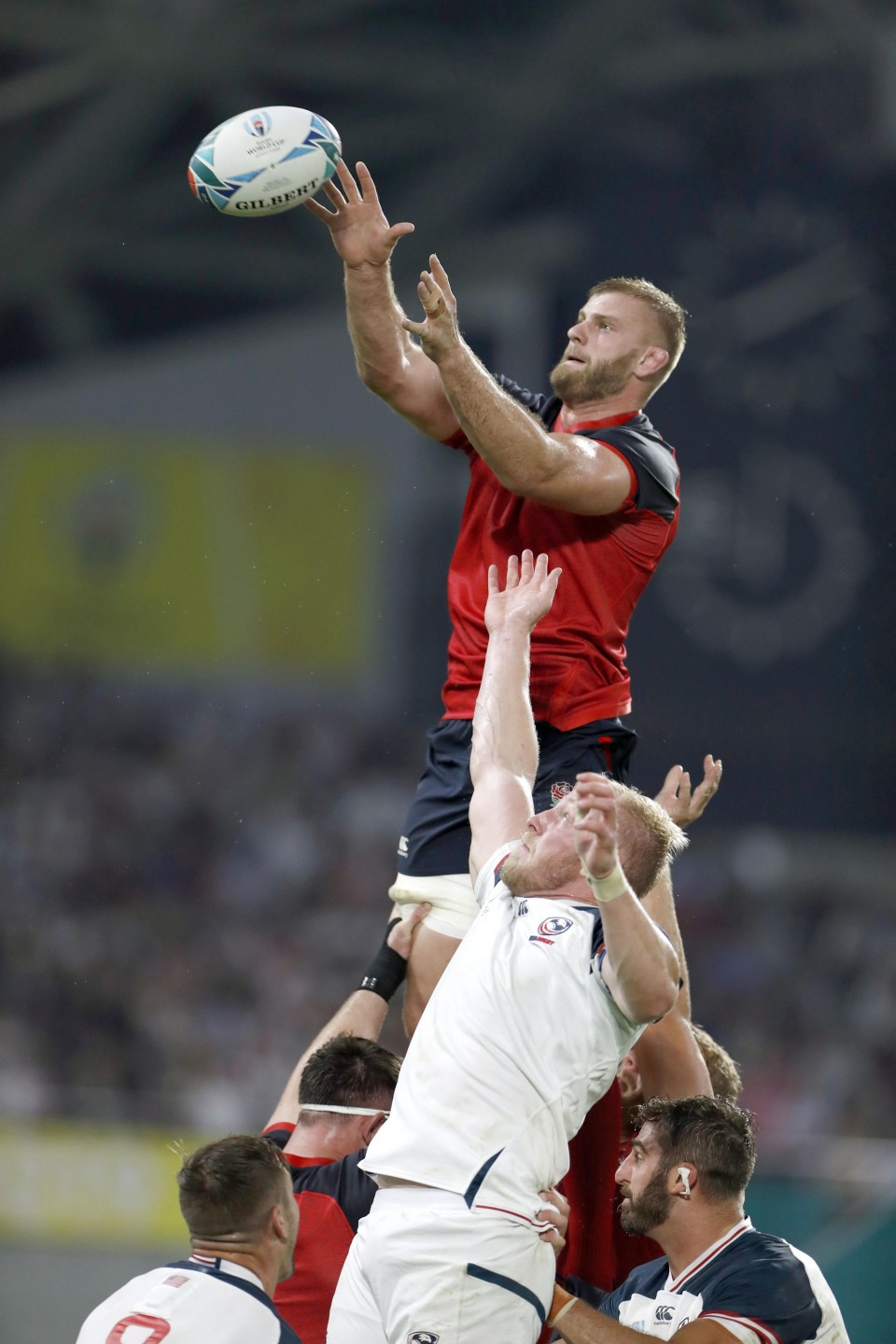 George Kruis of England wins a lineout during the first half of a Rugby World Cup Pool C match against the United States on Sept. 26, 2019, in Kobe, western Japan. (Kyodo)

"I am extremely excited and honored to take on this new challenge and chapter in my career, joining (head coach) Robbie Deans and the team at Panasonic Wild Knights at what is a really exciting time for rugby in Japan, following the tremendous World Cup they hosted last year," Kruis said in a statement released by his new club.

Kruis has represented England 45 times and played 1 test for the British and Irish Lions, but is hopeful the move does not mean the end of his international days. 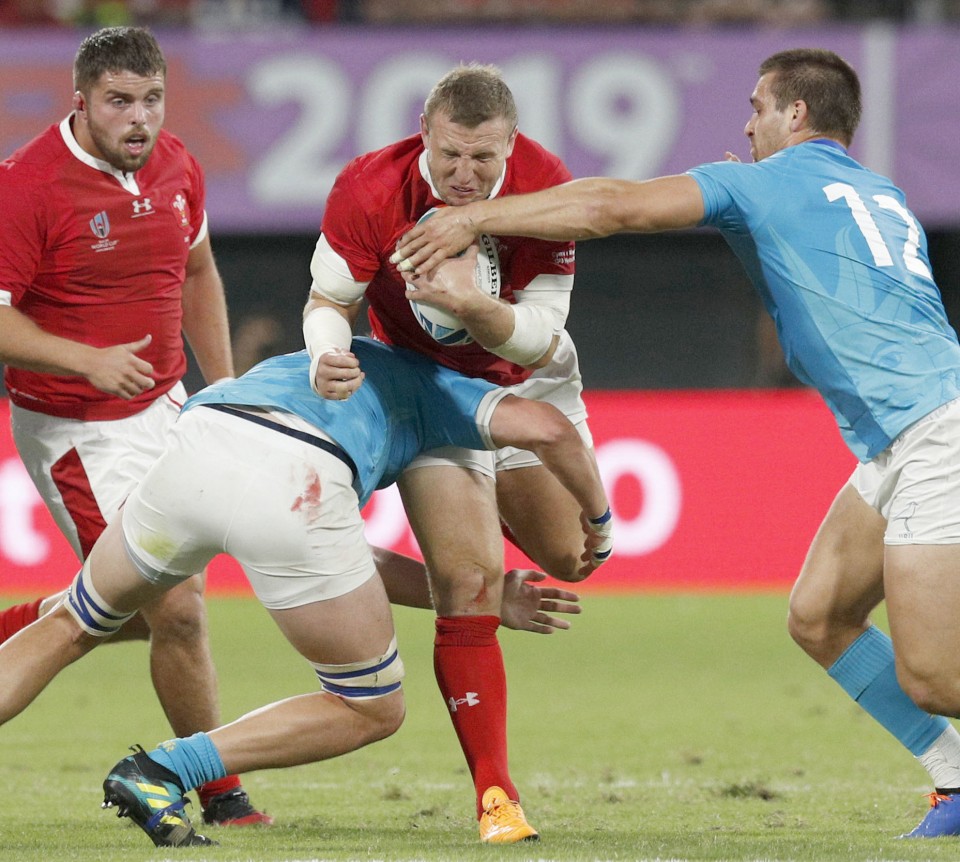 Hadleigh Parkes of Wales is tackled by a Uruguay player during the first half of a Rugby World Cup Pool D match on Oct. 13, 2019, in Kumamoto, southwestern Japan. (Kyodo)

With his move to Japan, Parkes, 32, is, however, set to bring his international career to a close, given the Welsh Rugby Union's policy of only picking players based in Wales. In 2014, he moved from his native New Zealand to Wales, for whom he has won 29 caps.

"I am very honored at the opportunity to join such a prestigious team as the Panasonic Wild Knights. I have known Robbie Deans for a while now, and am sure that the squad and the program he will run will give us the best possible chance of winning silverware," said Parkes.