The Sunwolves may still compete in an upcoming tournament in Australia with the country's Super Rugby sides, CEO Yuji Watase said in a statement released Saturday.

In the statement on the club's website, Watase said Rugby Australia was negotiating with the Australian government to find a way for the Sunwolves to temporarily base themselves in the country, which has restricted entry from overseas amid the coronavirus pandemic.

The announcement comes just two days after Watase said the Sunwolves had practically given up on being able to meet entry requirements and play in the tournament, which was devised after the cancellation of the Super Rugby season. 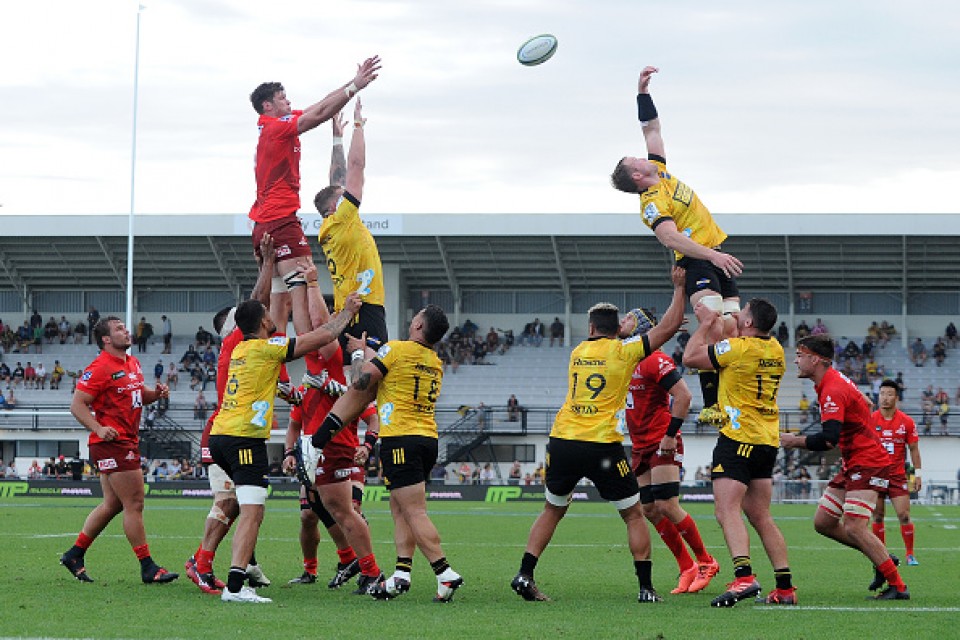 Players contest a lineout during the round five Super Rugby match between the Hurricanes and the Sunwolves at McLean Park on Feb. 29, 2020 in Napier, New Zealand.(Getty/Kyodo)

"Currently, the Australian government is asking for additional information, which Rugby Australia is providing," Watase said.

"As of (today), we have yet to receive an answer as to whether or not we can enter."

The Sunwolves will make an announcement as soon as a formal decision has been made, he said.

The Japan-based franchise were this year playing their final season in the Super Rugby competition involving teams from Australia, New Zealand, South Africa and Argentina before the coronavirus pandemic brought an end to the campaign in March.

They had been aiming to join the tournament kicking off in July between Australian Super Rugby teams, along with former Super Rugby franchise Western Force, but a mandatory two-week quarantine on travelers entering Australia appeared to be too high a hurdle.