Haruki Murakami, one of Japan's best-known novelists, hit the airwaves Friday night, encouraging radio listeners across the country through his talk and by playing his favorite songs amid the deadly coronavirus pandemic that has forced people to limit social interaction.

"I would like to help a little to blow away some coronavirus-related blues by using the power of music," Murakami said at the start of the program.

Since the program was recorded in his study using his own record player, it might sound a little different, said the 71-year-old perennial contender for the Nobel Prize in literature.

Murakami serves as a disc jockey on his radio show "Murakami Radio" around every two months.

In Friday's nearly two-hour program, he played "Raindrops Keep Falling On My Head," the version by Ronald Isley and Burt Bacharach, which the novelist said he often listens to when he feels down, "Waitin' On a Sunny Day" by Bruce Springsteen, and "You've Got A Friend" by Carole King, among others.

He also encouraged listeners to "hold your head high and walk on" during tough times like these. 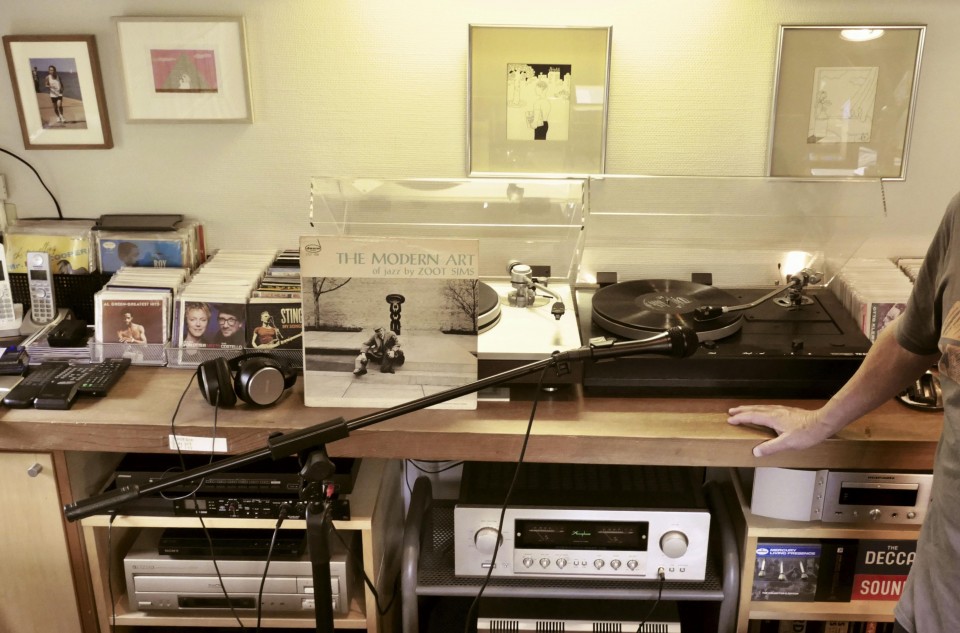 The latest program is a special "stay home" version which was recorded at his home instead of a Tokyo FM studio, the usual recording venue, to cheer up people affected by the coronavirus shutdown.

Five prefectures including Tokyo are still under the government's state of emergency declaration, while the emergency has been lifted in the other 42 prefectures based on low numbers of new infections.

Murakami broached the idea of the "Stay Home Special" of Murakami Radio, saying, "Considering the difficult times like we are in now, I'm hoping to have a program with a selection of songs to embrace tomorrow on a bright note."

The program was aired by 38 radio stations across the country including Tokyo FM.

Murakami is known for his many best-selling novels such as 1987's "Norwegian Wood," which catapulted him to fame in Japan and the world. His other noted works include "1Q84" and "Kafka on the Shore."

As the Kyoto native was known for usually avoiding the public spotlight, his first appearance as a disc jockey on the radio program in 2018 surprised and excited many fans.

Prior to the "Stay Home Special," 13 editions of Murakami Radio were aired between August 2018 and last month.

Known as an avid music fan, the author has also written and translated numerous books about music, and had opened a cafe for jazz enthusiasts in Tokyo.

Murakami's work has been translated into many languages, and he has won several literary prizes, including the Franz Kafka Prize in 2006, the Jerusalem Prize in 2009 and the Hans Christian Andersen Literature Award for 2016.

Haruki Murakami looks back over 40 years of literary endeavors