Two novelists were selected Wednesday to receive Japan's prestigious Akutagawa and Naoki literary awards for their works about the past and present lives of a family in southwestern Japan and history of the indigenous Ainu ethnic group in the north.

Makoto Furukawa, 31, won the Akutagawa Prize for up-and-coming authors for his novel "Seitakaawadachiso" (Tall goldenrod), while Soichi Kawagoe, 41, got the Naoki Prize for entertainment fiction for "Netsugen" (Heat source), the selection committee said.

Since his debut in 2016, Furukawa has written about a family with roots to a small island in Kyushu. His award-winning novel, which portrays past and present events that occurred on an island in Nagasaki, is written in a fragmented manner which is then woven together.

The committee said the story "skillfully rendered the many layers of history that had taken root in that land."

Kawagoe made his debut in 2018 after winning the Matsumoto Seicho literary award named after the famed novelist. 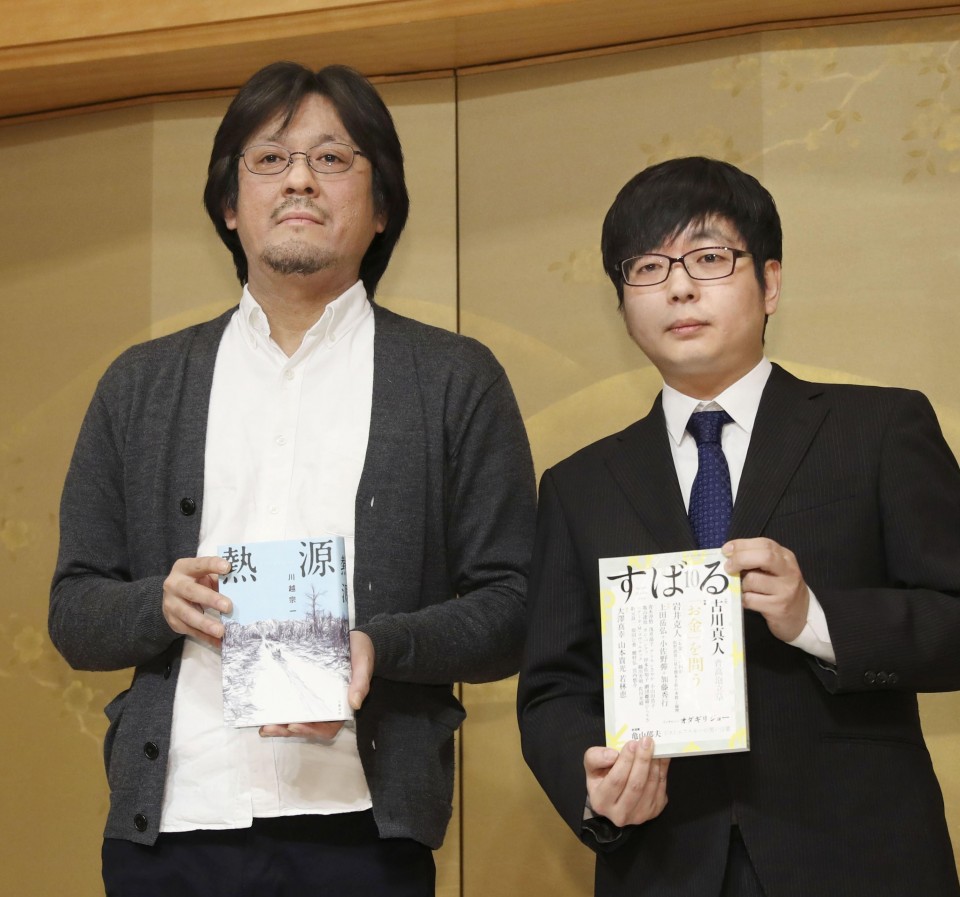 Set on Karafuto -- the present-day Russian island of Sakhalin -- Kawagoe's novel follows the Ainu ethnic minority as it grapples with the tide of modernity. It was described by the committee as a "literary world of a large scale that is rarely seen in recent times."

Furukawa appeared nervous at a press conference, telling reporters, "The feeling of joy will probably come to me when I return to my everyday life." Kawagoe said he is surprised at winning the award and vowed to produce even better works.

The awards will be presented at a ceremony in Tokyo in late February, with each author receiving 1 million yen ($9,100) in prize money.

The Akutagawa Prize was established in 1935 in memory of the Japanese novelist Ryunosuke Akutagawa. The Naoki Prize, created the same year, was named after author Sanjugo Naoki.

Haruki Murakami looks back over 40 years of literary endeavors