The J-League is planning to play its first matches following a roughly four-month suspension due to the coronavirus pandemic on either June 27 or July 4, league sources said Tuesday.

After finalizing separate plans for the two potential restart dates, the league will present a proposal to teams ahead of an official announcement of the new schedule on Friday. 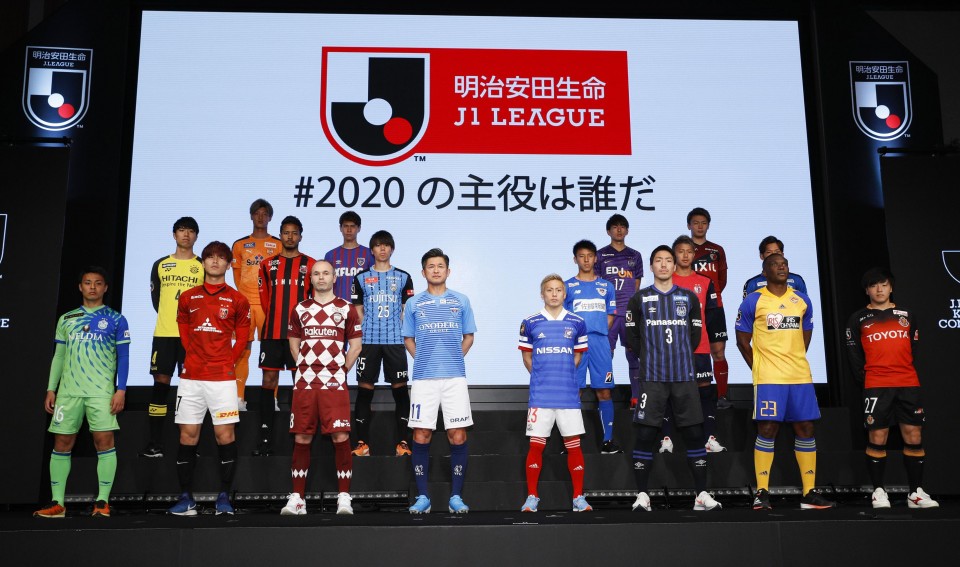 Players from 18 J-League first-division clubs attend a press conference in Tokyo on Feb. 14, 2020. The J-League football season begins on Feb. 21 with a match between Shonan Bellmare and Urawa Reds. (Kyodo)

With Japan's nationwide state of emergency having been lifted region by region, based on infection rates, J-League clubs now have an uneven level of preparedness.

The J-League will join Nippon Professional Baseball in following the recommendation of experts to initially resume games without spectators to limit the spread of the pneumonia-causing virus.

Japan's two biggest sports establishments had formed a joint panel of medical experts to provide advice on the best way to proceed amid the public health crisis.

Among other safety measures, the J-League will try to limit travel between regions by initially scheduling matches featuring teams from the same geographical area.

The J-League top flight kicked off its season on Feb. 21, followed by J2 two days later, but the league suspended play after a round of Levain Cup matches on Feb. 26 as novel coronavirus infection rates began to soar across Japan.

The third division has yet to start its season, which had been scheduled to kick off March 7.