Former Japan captain Makoto Hasebe, who just signed a one-year contract extension with Eintracht Frankfurt, addressed speculation about his future on Sunday, saying he has not considered retirement.

The 36-year-old Japanese fielded reporters' questions during an online interview session arranged by the club, revealing he will take up a position as a club ambassador from July 1 and maintain a dual role during his 14th season in Germany in 2020-2021. 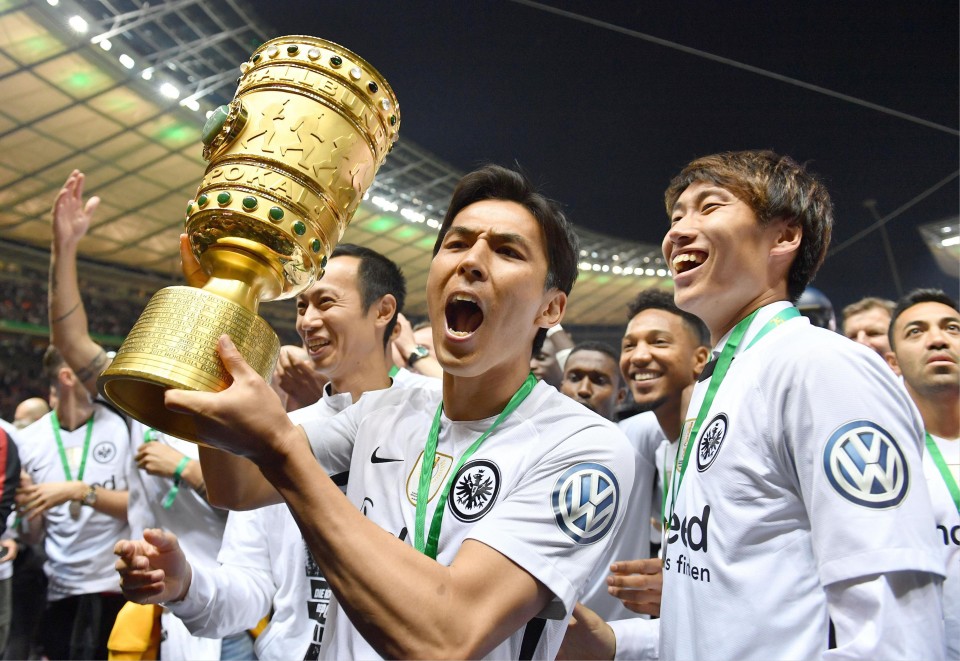 (Eintracht Frankfurt's Makoto Hasebe (C) shows off the DFB-Pokal trophy after his team defeated Bayern Munich 3-1 in Berlin on May 19, 2018)

"As an ambassador, I'll be taking part in events for Frankfurt and offering advice to the team, among other things. I'm not waiting to retire to start this ambassador position. I'll be a player and an ambassador this season," he said.

The three-year brand ambassador deal will allow him to remain with the club when he hangs up his boots, study to obtain coaching qualifications and work with young players.

"Honestly, I haven't thought at all about whether I'll quit soccer after playing another year," Hasebe said.

"I haven't decided what I'll do (after I retire) but one of the things I'm interested in is becoming a coach." 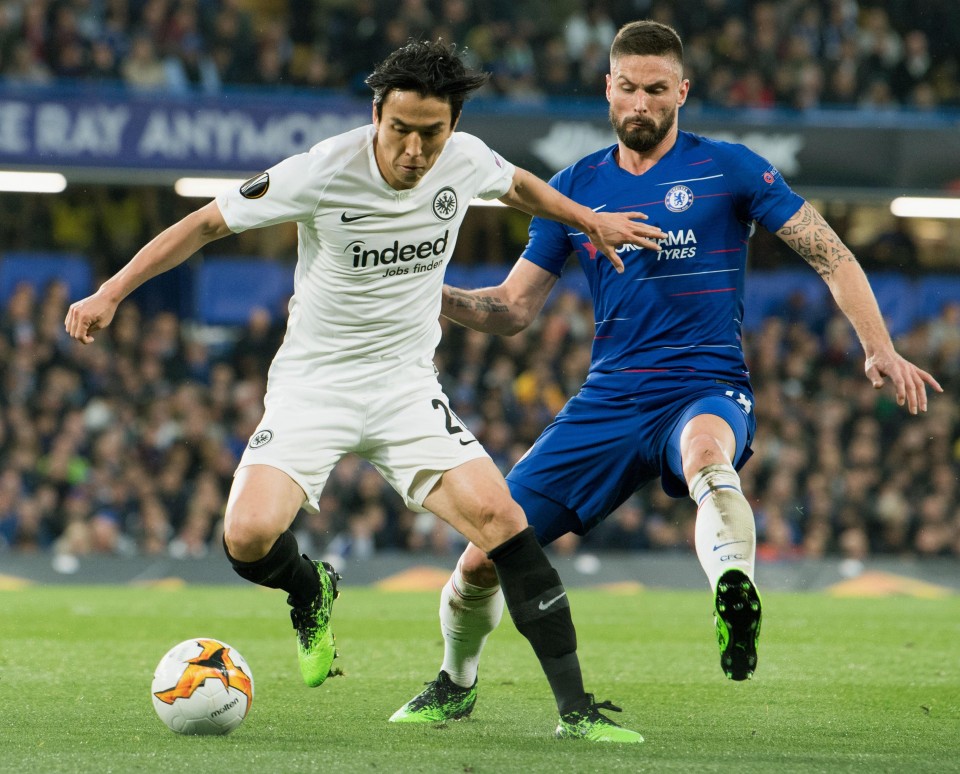 (Frankfurt's Makoto Hasebe (L) and Olivier Giroud of Chelsea vie for the ball in the second leg of a Europa League semifinal in London on May 9, 2019)

Hasebe explained that the player contract and ambassador contract are two different things, and he has Frankfurt's backing should be decide to play "maybe for another team, maybe in Japan, maybe in another country," beyond next season.

German Bundesliga soccer resumed on May 16 following a two-month shutdown due to the coronavirus, but with no fans in attendance.

Hasebe moved to Wolfsburg in January 2008 from Japanese side Urawa Reds. He joined Eintracht Frankfurt in the summer of 2014.

A winner of the league title with Wolfsburg and German Cup with Frankfurt, Hasebe holds the Bundesliga record for most games by a Japanese player at 305.

The defensive midfielder retired from international football after captaining Japan to the last 16 at the 2018 World Cup in Russia.