J-League first-division clubs in the Tokyo area began preparing for a return to competition Tuesday following the lifting of the nationwide state of emergency declared over the novel coronavirus.

FC Tokyo kicked off their first practice in roughly two months at their training base in western Tokyo on Tuesday, while Shonan Bellmare and Urawa Reds were set to resume the following day.

The league is due to make an announcement about its revised schedule on Friday. The first and second divisions had barely started their seasons, while J3 had yet to kick off, when the coronavirus pandemic forced the suspension of play in February.

As they return to their training grounds, clubs are modifying their routines to prevent the spread of the pneumonia-causing virus.

At FC Tokyo's practice, the squad was divided into groups of 10 to train separately. The session was held behind closed doors, with all team staff wearing masks. Players were also required to prepare their own equipment. 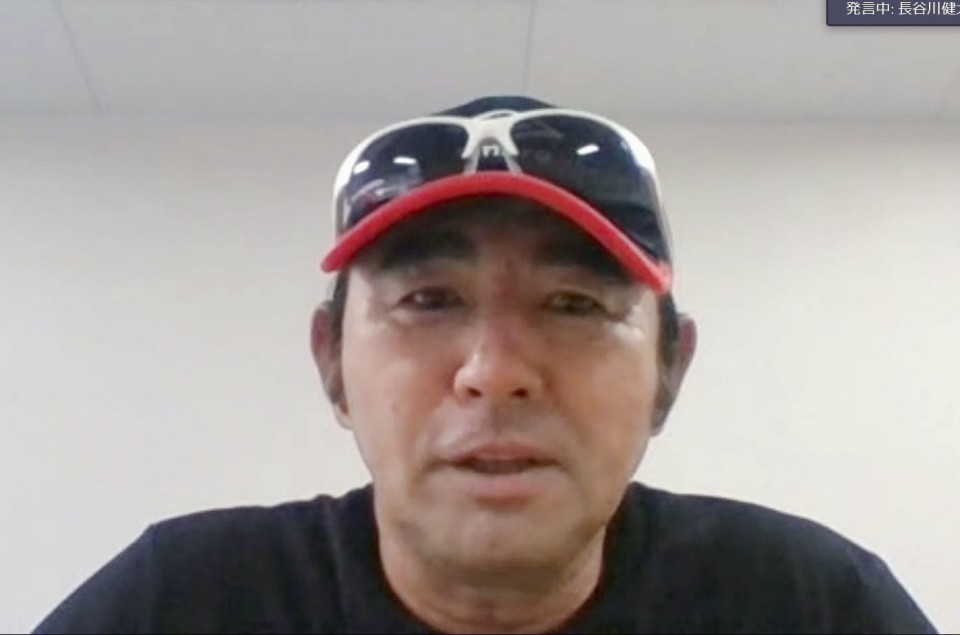 (Kenta Hasegawa, the manager of J-League first-division club FC Tokyo, is pictured in an online interview)

"It was great to see the players' faces after such a long time," FC Tokyo manager Kenta Hasegawa said in an online interview.

With the season likely to resume in around a month, teams in parts of Japan where the state of emergency was lifted earlier have gained a head start in getting match fit.

Hasegawa admitted there was a sense of urgency among the 2019 J1 runners-up, but said it was important to proceed with caution given the long interruption caused by the coronavirus crisis.

"If you practice too hard, too quickly, you risk getting injured," said Hasegawa, whose side came agonizingly close to winning their first-ever J1 title last season.

While he was "happy to be back on such a nice pitch," FC Tokyo captain Keigo Higashi said he was concerned about player conditioning.

"We won't know until we try, but it might be a battle to get back in top form," the 29-year-old midfielder said.

NPB games will initially be played in empty stadiums as a safety measure. The J-League, which together with NPB formed an expert medical panel to tackle the health crisis, is expected to also resume behind closed doors.