Family members of victims of last July's deadly arson attack on a Kyoto animation studio are still suffering from the sudden loss of their loved ones, with some seeking to learn what motivated Shinji Aoba, who was arrested Wednesday over the attack.

The July 18 fire, allegedly started by Aoba igniting gasoline, claimed the lives of 36 people and left 33 others injured at the Kyoto Animation Co. studio, where 70 people were working at the time. Aoba also suffered life-threatening burns and is still largely bed-ridden.

"Our pain does not subside with time," said Yasuo Takemoto, 77, who lost his son Yasuhiro Takemoto, 47, to the fire. Yasuhiro was widely praised as a leading director for the company who had worked on a range of projects, including "Lucky Star." 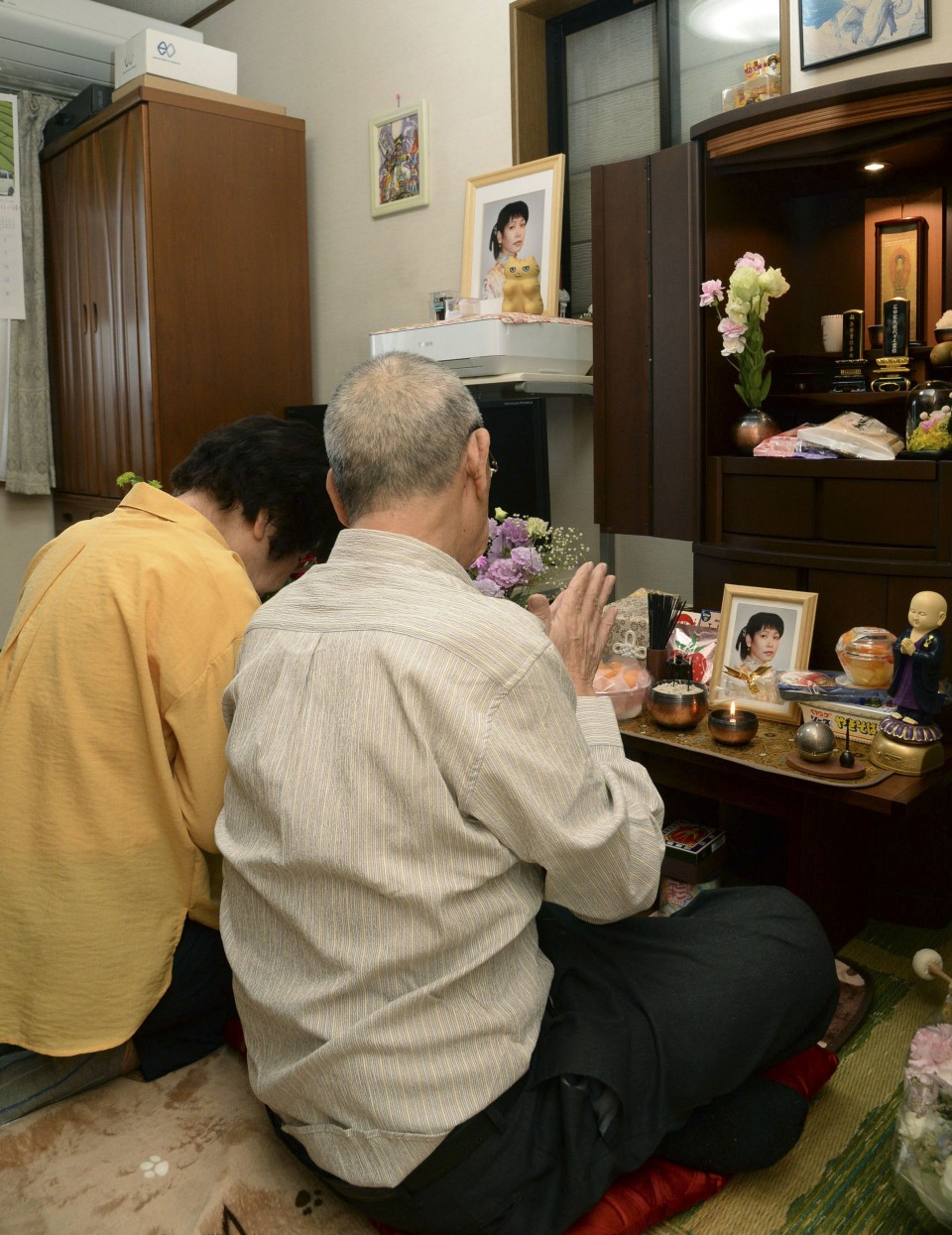 Yasuo told reporters Wednesday he is hoping to finally gain answers from Aoba, 42, who was arrested on suspicion of murder and arson after police deemed he had recovered sufficiently from the burns.

"What happened cannot be undone," Yasuo said before reporters at his home in Ako, Hyogo Prefecture. "I want to learn his motive" when he stands trial.

Yasuo and his wife Chieko, 71, try to check every news report related to the arson that took their son's life, even though doing so brings them to tears, as they want to know what happened.

Rather than feeling hatred toward Aoba, the couple says they have questions, including what kind of life he led, what motivated him, and whether he thought about the consequence of the attack. 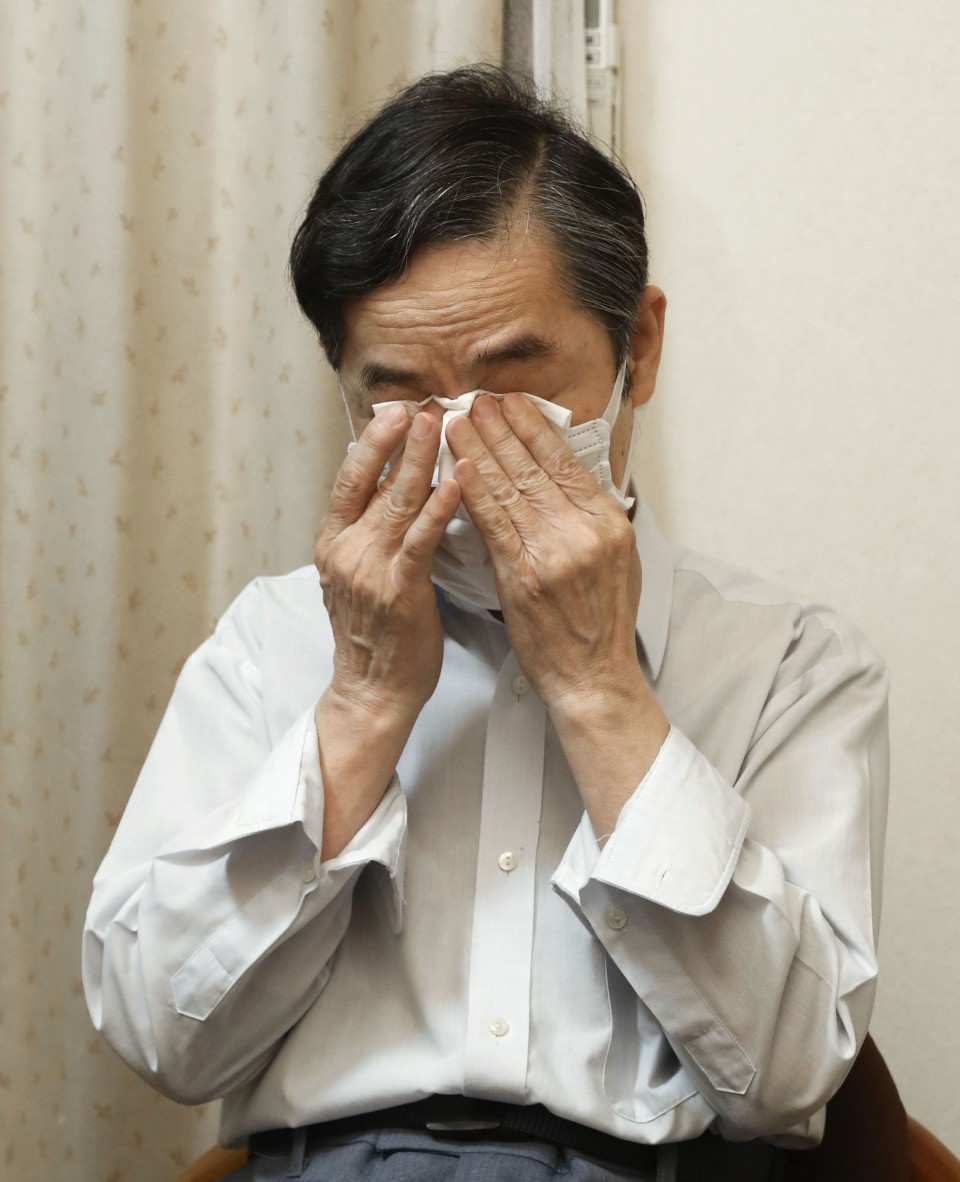 Investigative sources have said Aoba has claimed to have carried out the attack because the studio "stole a novel" from him.

The company, whose notable works included "K-On!," has held contests asking for draft novels, with the winning works being turned into anime. Although it has said that someone with the same name as Aoba submitted a draft, it had denied basing any of its anime off this work.

Among the 35 other people who died in the attack were Naomi Ishida, 49, who oversaw color design on "Free!" and "The Melancholy of Haruhi Suzumiya," Sachie Tsuda, 41, who worked on projects such as "Detective Conan," and Norie Oto, 26.

Ishida's mother offered prayers before a family altar to tell her daughter about Aoba's arrest, while her father expressed worries about the outlook of his expected trial.

"I don't know how long the trial will take," he said, although adding, "He did a terrible thing, and so many people were victimized. Capital punishment is the only choice."

The number of victims makes it one of Japan's biggest-ever murder cases.

Tsuda's 70-year-old father, Shinichi, said he does not care about Aoba's arrest as "it does not change what she was subjected to."

"I keep on recalling Sachie, and think of how she must have been scared and in pain," he said. "I must keep holding on to that feeling."

Oto's parents released a statement through their lawyer saying, "The case is not over for the families. We have nothing to say yet. Please let us be alone."

Unlike many other studios, Kyoto Animation is known to hire young animators and train them in-house rather than rely on skilled freelancers.