The hospitalized suspect in a deadly arson attack last July on a Kyoto Animation Co. studio was arrested Wednesday after being judged to have recovered sufficiently from life-threatening burns, police said.

The arrest of Shinji Aoba, 42, from the city of Saitama, north of Tokyo, came 10 months after he allegedly torched the studio in Kyoto's Fushimi Ward, killing 36 people and injuring 33 others -- one of Japan's biggest murder cases in terms of the number of victims.

Aoba has admitted to setting fire to the studio, known internationally for producing a number of popular animation works, with gasoline, police said. He was quoted as saying there was "no mistake" in the allegations against him.

"I thought I could kill many people by using gasoline," Aoba said, adding that he has not apologized for his alleged actions or expressed remorse during questioning.

Investigative sources quoted Aoba as saying he had a "grudge" against Kyoto Animation and the police will continue their investigation into his motive. 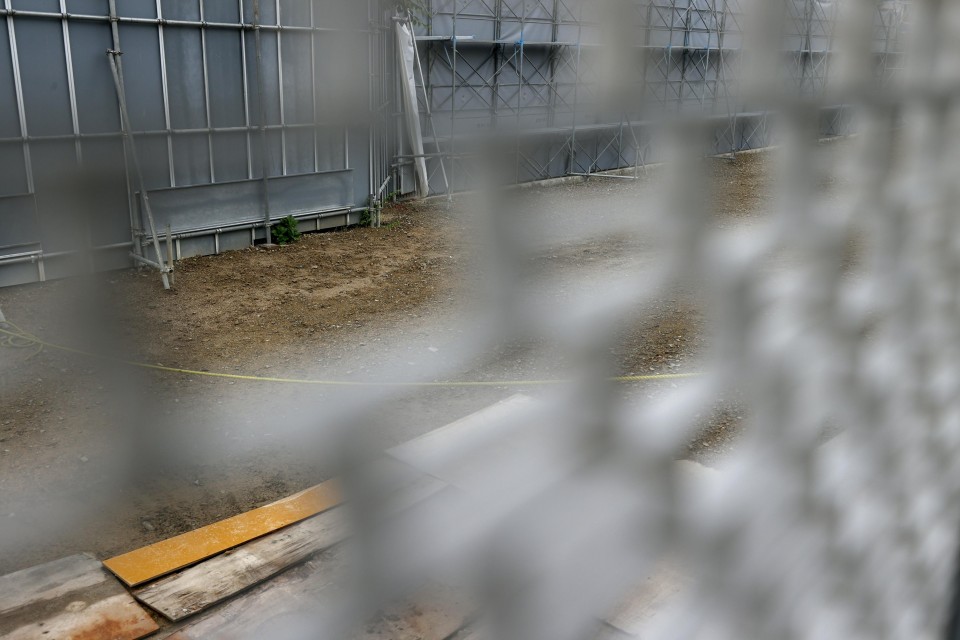 Photo taken May 27, 2020, shows the site where a Kyoto Animation Co. studio which was subjected to an arson attack used to stand. (Kyodo)

The police had earlier planned to arrest Aoba, who is still largely bedridden, around January but arrangements were affected by the spread of the new coronavirus and his unstable health condition, according to the sources.

Eight officers of the Osaka Detention House, where Aoba is being detained, were confirmed in April as having contracted the coronavirus, which pushed back his arrest.

Following his arrest at a Kyoto hospital, Aoba was transferred to a police station in the western Japan city. Wearing a mask and lying on a stretcher during the transfer, serious burn marks could be seen on his face and arms.

The police then sent papers on the suspect to prosecutors and the Osaka District Court permitted his detention for 10 days. A series of procedures that are supposed to be undertaken within 72 hours of arrest were completed within half a day in light of his health condition.

The police believe Aoba's condition has stabilized sufficiently for him to endure detention and they have prepared medical facilities at the detention house.

Asked about the timing of the arrest, Toshiyuki Kawase, head of the Kyoto prefectural police's first investigation division, told a press conference, "His condition is improving and there is a risk of escape or destruction of evidence." 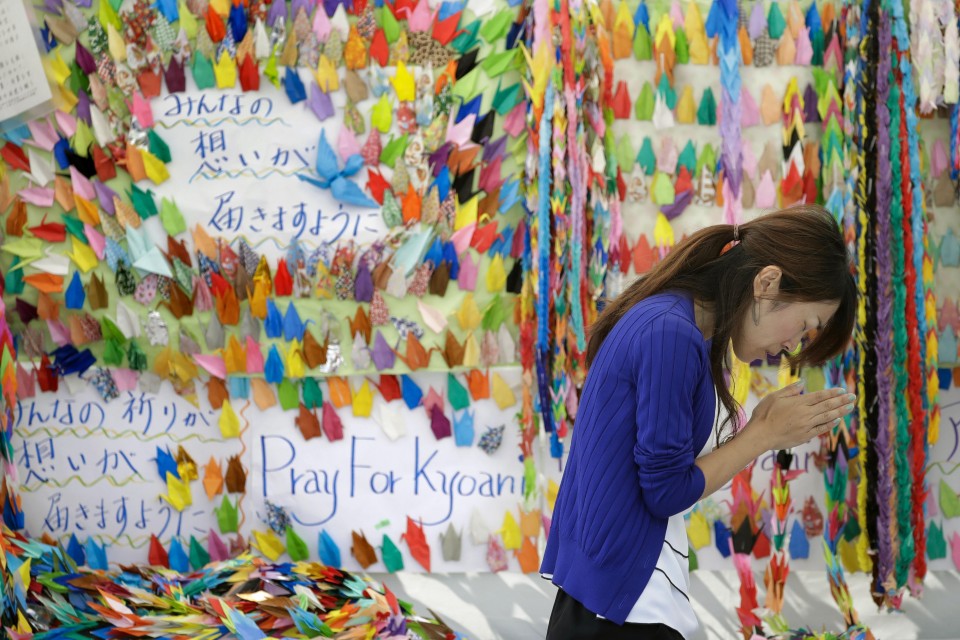 A woman prays on Aug. 8, 2019, at an altar set up for victims of the July 18 arson attack on the three-story studio of Kyoto Animation Co. in the western Japan city. (Kyodo)

But some legal experts cast doubt on the necessity of arresting the suspect who cannot move around by himself.

Osamu Watanabe, a criminal procedure law professor at Konan Law School in Hyogo Prefecture, said, "(The police) should have paid attention to human rights and questioned him on a voluntary basis in the presence of a doctor and lawyer, rather than improving the detention facility for his arrest."

In response to Aoba's arrest, Kyoto Animation said in a statement, "We have nothing to say to the suspect...Our fellow workers whose lives were lost will never come back and the wounds of our colleagues will never be healed."

The company said it expects Aoba to face "maximum criminal responsibility," according to the statement issued though the studio's legal representative.

Relatives of the victims expressed hope that investigators will get to the bottom of the motive for the crime.

Immediately after being detained by police near the scene in July last year, Aoba said he carried out the attack because the company "stole a novel" from him, according to investigative sources.

Kyoto Animation has held public contests in which it accepts draft novels and then makes the winning works into anime, and has said that someone with the same name as Aoba submitted one. But the company has denied basing any of its anime on this work.

The three-story studio, the center of the company's anime production, was set ablaze about 10:30 a.m. on July 18. He is suspected of igniting gasoline inside the building, where 70 people were working at the time.

After receiving specialist treatment and undergoing multiple skin grafts at a hospital in Osaka Prefecture, he was sent back to the Kyoto hospital in November for rehabilitation.

Most of the victims were in their 20s and 30s. Unlike many other studios, Kyoto Animation is known to hire young animators and train them in-house rather than rely on skilled freelancers.

The company, often referred to as "KyoAni" by fans at home and abroad, is known for works such as "K-On!" and "The Melancholy of Haruhi Suzumiya."

The attack attracted condolence messages from around the world, including Apple Inc. Chief Executive Tim Cook, who tweeted soon afterward, "Kyoto Animation is home to some of the world's most talented animators and dreamers -- the devastating attack today is a tragedy felt far beyond Japan.

"KyoAni artists spread joy all over the world and across generations with their masterpieces."

The following is a chronology of major events related to the arson attack on Kyoto Animation Co. studio.

July 20 -- Police obtain arrest warrant for Aoba for murder, arson and trespassing. Suffering severe burns, Aoba is transferred from hospital in Kyoto to another hospital in Osaka.

Nov. 14 -- Aoba is transferred to hospital in Kyoto city. 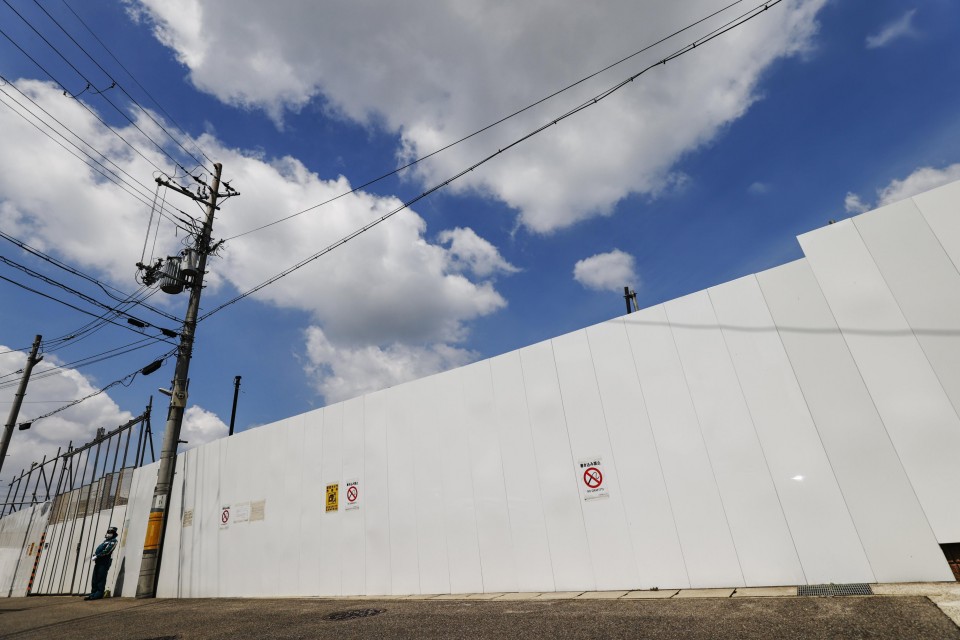