The flame for the postponed Tokyo Olympics was put on public display Thursday at a soccer training center in Fukushima Prefecture that served as a frontline base in the battle against the 2011 nuclear disaster.

The J-Village site was to have been the grand starting venue for the Japan-leg of the 121-day torch relay on March 26, but Olympic organizers postponed this year's Summer Games to next year two days before the kick-off due to the coronavirus pandemic.

The flame, kept in a lantern, will be shown in a building that houses accommodation facilities at J-Village between 9 a.m. and 4 p.m. through April 30, according to officials.

J-Village only resumed full operation last year as a sports complex. It has a stadium with capacity for 5,000 spectators and seven soccer fields with natural grass. 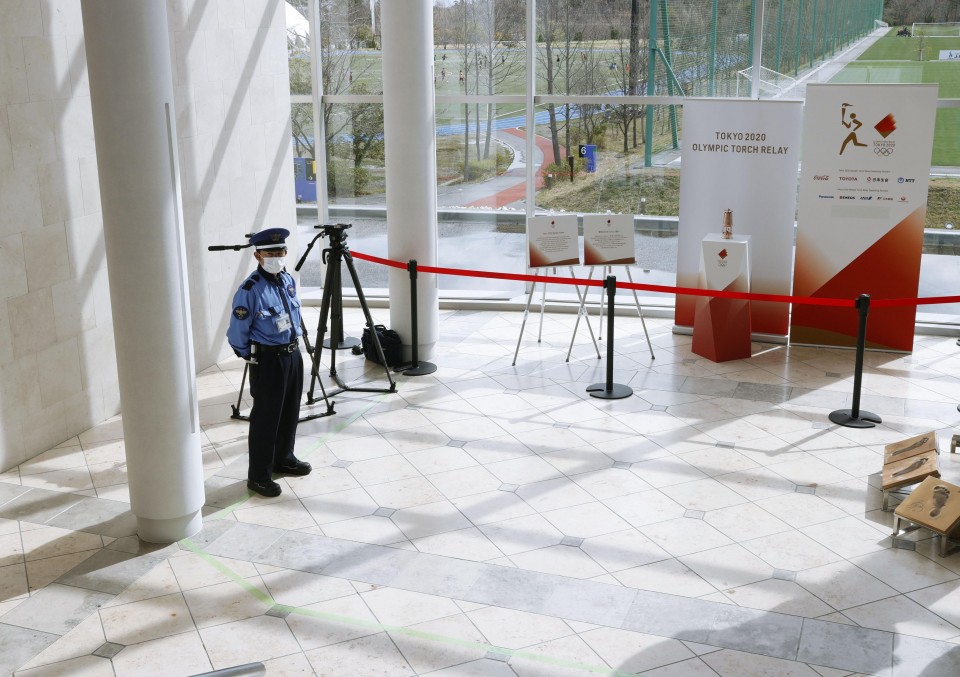 As part of efforts to prevent the spread of the novel coronavirus, people who want to see the flame must wear face masks and use hand sanitizers, the officials said.

As the display began, many visitors approached as close as possible to take photos of the flame.

"I'm happy that I could see the flame. It is something I will remember," said Eita Shibata, an 11-year-old elementary school pupil, who visited the sports complex with his mother.

Organizers said earlier this week that the Tokyo Olympics will be held from July 23 to Aug. 8 in 2021.

The International Olympic Committee and the local organizers agreed that the flame, which arrived in Japan from Greece on March 20 as scheduled, will remain burning in the country until then.

On Thursday, Yoshiro Mori, president of the Tokyo Olympic organizing committee, said there are plans to put the flame on public display in many other parts of Japan.

Mori, a former Japanese prime minister, disclosed that internal affairs minister Sanae Takaichi has proposed that the flame be used to revitalize rural areas in the country.

But Mori said plans for the flame will need approval from the IOC and that he will consult with the Lausanne-headquartered organization. 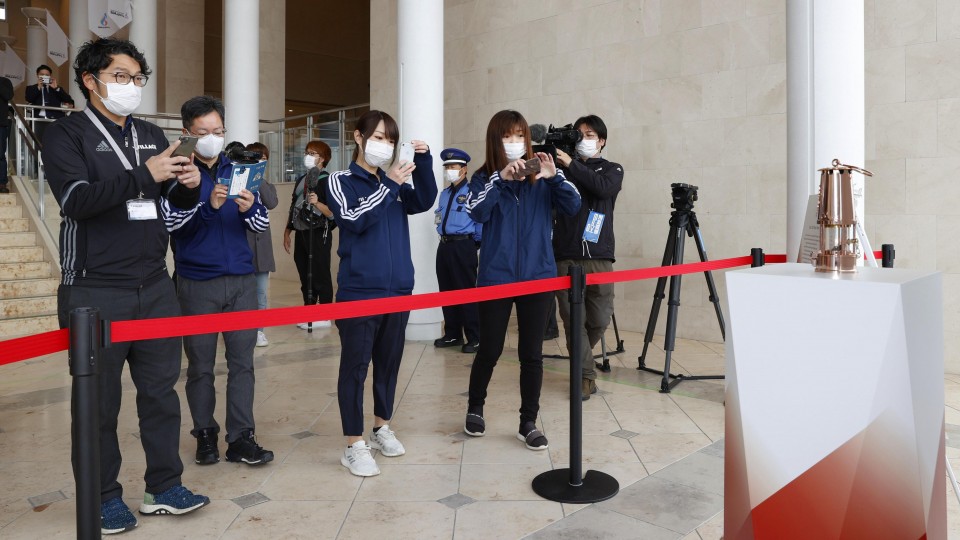