Morning crowds down 60% in central Tokyo after emergency declared

The number of people traveling to the normally bustling central Tokyo area was about 60 percent lower than usual on Wednesday morning, a day after Prime Minister Shinzo Abe declared a state of emergency for the capital and six other prefectures to curb the spread of the new coronavirus, data analyzed by an information technology firm showed Thursday.

While morning crowds, including commuters, significantly decreased in Tokyo from early February, before the outbreak started to spread across the country, crowds in the heart of other major cities -- Nagoya, Osaka, and Fukuoka -- declined by only 20 to 30 percent, according to the data. 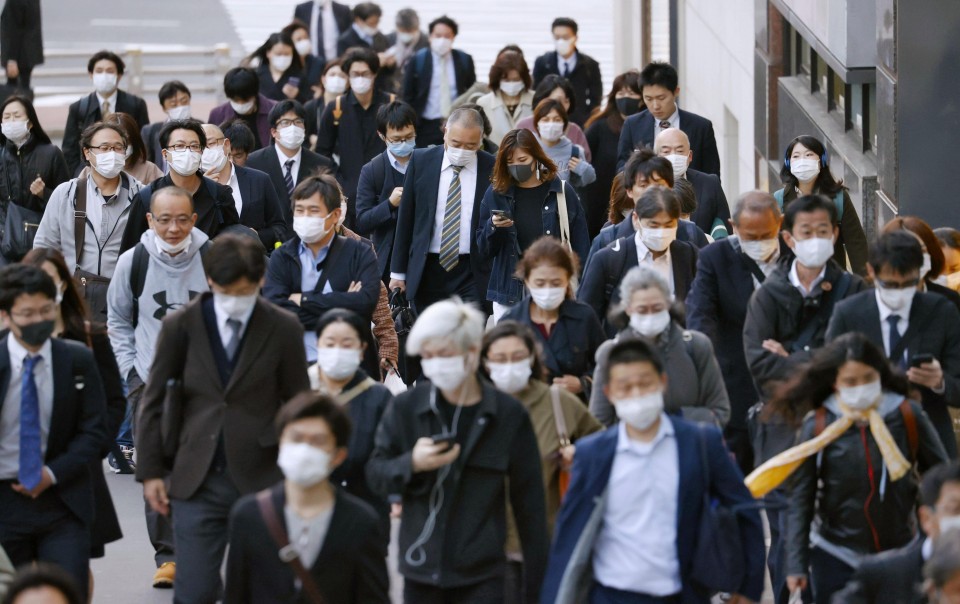 Tokyo Gov. Yuriko Koike has been strongly urging residents to avoid nonessential travel. Despite calls to stay home, Japanese cities are still far behind Abe's target of reducing person-to-person contact by as much as 80 percent.

Yahoo Japan Corp. estimated the number of visitors in six wards -- Tokyo's Chuo, Minato, and Chiyoda, along with Nagoya's Naka, Osaka's Kita, and Fukuoka's Hakata -- from 8 a.m. to 10 a.m., by analyzing data gathered from users of its smartphone app.

According to the analysis, Tokyo's Chuo Ward recorded the biggest drop in traffic, down 61 percent from figures seen in February. Ginza, a popular shopping district, is located in the ward. 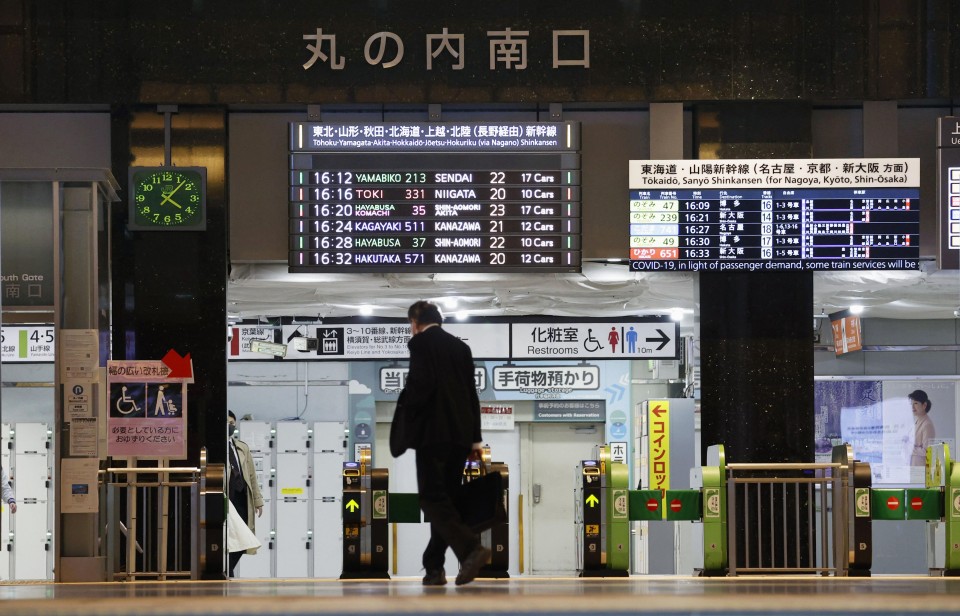 Meanwhile, in the central Japan city of Nagoya, Aichi Prefecture, which was not covered by the state of emergency, traffic fell 24 percent.

Subway operator Tokyo Metro Co. said Thursday the number of passengers on Wednesday dropped by 60 percent from a year earlier, with the number of users down 61 percent between 8:30 a.m. and 9 a.m.

Coronavirus fears give rise to stigma in Japan's local communities