Coronavirus fears give rise to stigma in Japan's local communities

As the new coronavirus continues to spread in Japan, recovered patients, their families, co-workers and neighbors are facing stigma and discriminatory treatment, a recurrent theme seen in society when people have been faced with new health threats, such as leprosy and the effects of nuclear accidents.

A man in his 60s who was aboard the Diamond Princess, a cruise ship that was quarantined in February near Tokyo, heard rumors that he was "spreading the virus by walking around the neighborhood," upon returning to his home in Osaka Prefecture.

Although the man tested negative several times after disembarking in February, his family members were told to consult a healthcare center before visiting their family doctor.

"Nothing about me has really changed since before going on the cruise, but everyone around me has," the man said. "Nothing will change with the government simply telling people 'not to discriminate.' All of us need to try harder to inform and educate ourselves," he added.

While Japan so far has not seen an explosive rise in infections, the number of new cases has been growing at a steady pace. Tokyo logged a record daily increase of 144 new cases Wednesday, just a day after Prime Minister Shinzo Abe declared a month-long state of emergency for Tokyo, Osaka and five other prefectures in an attempt to mitigate the spread of the virus. 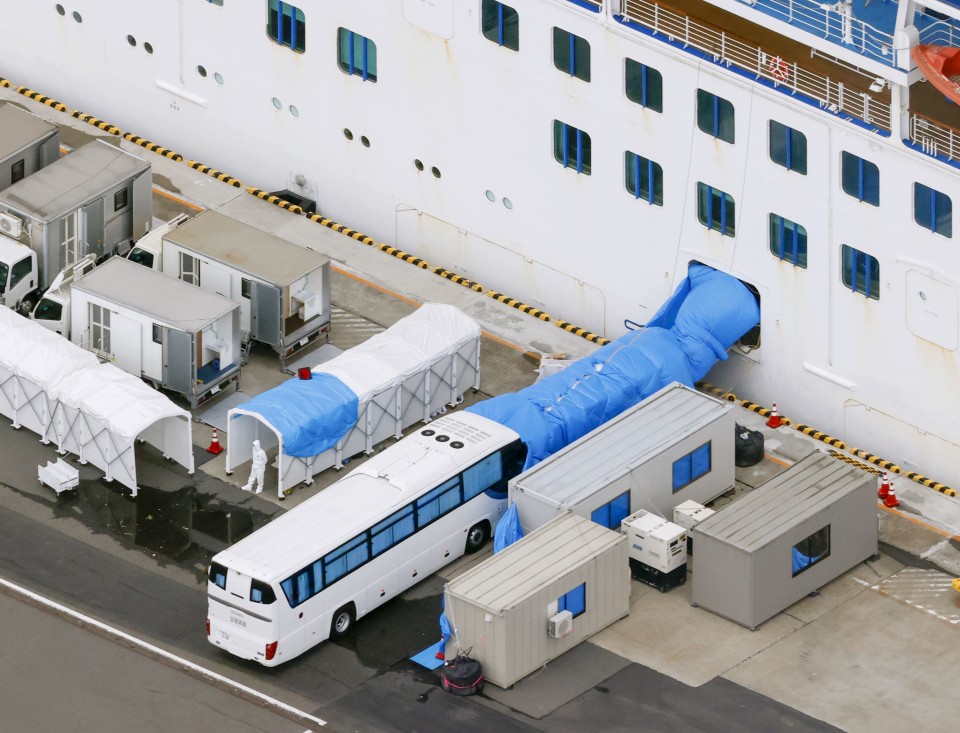 Osamu Sekiguchi, chairman of Koriyama Kaisei Gakuen, an operator of private school Koriyama Women's University and College in Fukushima Prefecture, and an affiliated high school, said in a recent press conference, some of his students and staff have been ridiculed after a female professor tested positive for the virus.

After one of its high school students, who was wearing a school uniform, was called disparaging names, all students were advised not to wear their uniform when coming to campus during the school closure for club activities.

According to the school, there have been about a dozen confirmed reports of such discriminatory treatment, including cases in which young children of school staff and younger siblings of its students were being denied entry in daycare centers even though they did not have any close contact with the infected professor.

Given the increasing number of reports of such social bias associated with the virus, the education ministry advised schools late last month, to take measures to prevent discrimination among their students and teaching staff when they reopen after the government-requested closures.

"Anxiety in the face of the new virus has led to attacks against the vulnerable," an education ministry official said. "If (the virus) continues to spread, the problem could escalate."

Reiko Saito, Niigata University professor and an expert in public health, said growing anxiety caused by refraining from going out might be fueling the discrimination.

"There was discrimination against leprosy and HIV, as people wanted to stay away from causes of infection," she said.

"It's similar to when people were frightened of radiation following the Fukushima Daiichi nuclear power station disaster" in 2011.

"I want people to imagine how they would feel if they themselves were to be discriminated against," Saito added.