A total of 69.9 percent of people do not expect the Tokyo Olympic and Paralympic Games this summer to be held as scheduled amid the global outbreak of the novel coronavirus, a Kyodo News survey showed Monday.

The poll, conducted from Saturday to Monday by phone, comes as Japan continues with preparations for the Olympics, from July 24 to Aug. 9, and the Paralympics, from Aug. 25 to Sept. 6, with Abe saying he has no immediate plan to declare a state of emergency, and that the Summer Games will go ahead as scheduled.

Even though public opinion is split on how well the government has responded to the crisis, the approval rating for Prime Minister Shinzo Abe's Cabinet rose to 49.7 percent from 41.0 percent in February.

Of those who said they approved of the administration, 53.4 percent responded that it was because there were no other appropriate choices besides Abe. 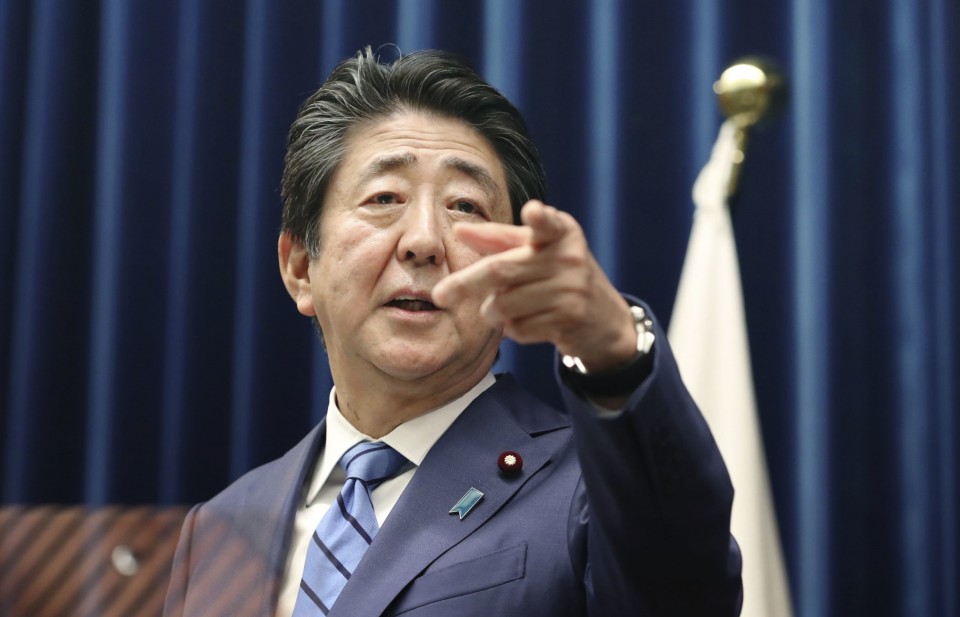 Since the previous opinion poll in mid-February, steps have been taken by Abe's government to combat the spread of the virus, including requesting large events be canceled, and schools be shut through the start of the new academic year in April, relief measures for businesses and tougher border control measures, especially for travelers from China and South Korea.

The spread of the pneumonia-causing virus has halted a significant amount of international and domestic travel.

To ease the adverse effects of the outbreak, Abe has introduced zero-interest loans for small and midsize companies that are in a cash crunch due to sharp falls in sales as part of funding packages totaling 1.5 trillion yen ($14 billion).

Still, 90.7 percent of the respondents said they are worried or somewhat worried about the economic impact of the new coronavirus outbreak, an increase from 82.5 percent in the previous poll.

A total of 71.8 percent answered that the school closures aimed at preventing a further spread of the virus were appropriate or somewhat appropriate, while 83.1 percent supported the implementation of tougher border control measures for travelers from China and South Korea, a move which has hit Japan's tourism industry hard.

The virus has claimed the lives of at least 31 people in Japan, and more than 1,500 people have been infected with it, including about 700 cases from a cruise ship that was quarantined near Tokyo.

As Abe has been facing severe criticism over the handling of documents related to publicly funded annual cherry blossom viewing parties that are at the center of yet another scandal alleging cronyism, 82.5 percent said he failed to explain himself to the public over the issue sufficiently.