Prime Minister Shinzo Abe said Saturday he sees no immediate need to declare a state of emergency and that Japan will make preparations to hold the Tokyo Olympics and Paralympics as scheduled despite the global new coronavirus pandemic.

Speaking at a weekend press conference, Abe said Japan has so far avoided a surge in infections even as some clusters, or small groups of infections, have been reported in parts of Japan. 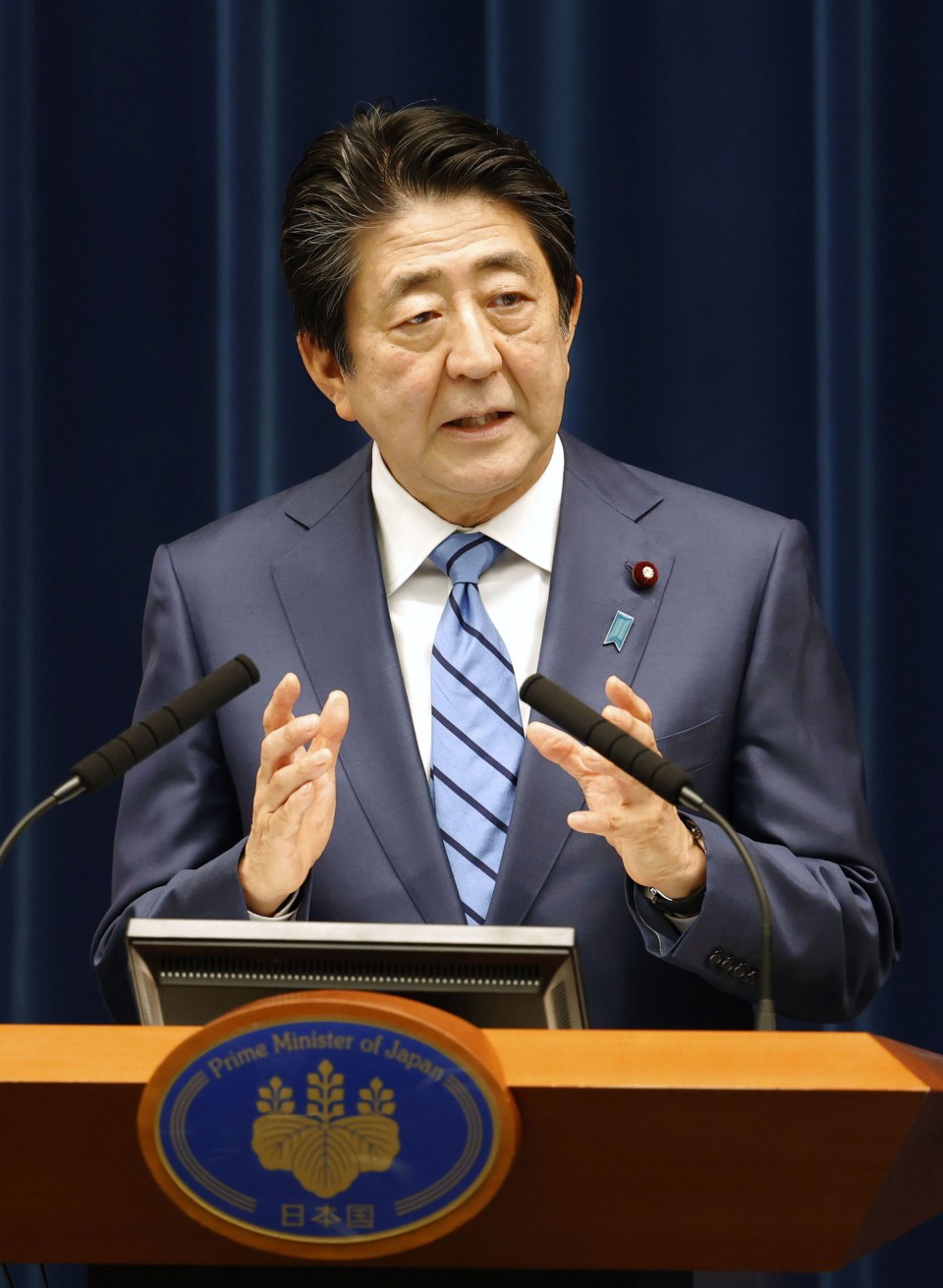 Still, he said it is not the time to relax vigilance, asking the public to continue to take such steps as avoiding crowded and closed areas.

"At this point, we're not in a situation in which I need to declare a state of emergency," Abe said, a day after parliament enacted legislation to give such power to him.

Amid concern that any declaration would restrict people's rights, Abe sought to assure the public he will first listen to expert opinions and carefully examine the need to call the situation an emergency.

The viral outbreak that began in China late last year has spread globally, sending major stock markets plunging and sparking fears of a recession. It has also cast a shadow over the upcoming Olympics and Paralympics that will start this summer as it is not clear how soon the pandemic will subside.

"We hope to overcome the spread of infections first and foremost and hold the Olympics as planned without a hitch," Abe said, adding that Japan will coordinate closely with the International Olympic Committee.

Abe made the remarks after the Greek leg of the relay for the summer's Tokyo Games was suspended due to concerns over the new coronavirus. U.S. President Donald Trump also suggested postponing the games, scheduled to begin on July 24, for a year, an idea immediately dismissed by Japanese government officials and Olympic organizers.

Abe said at the press conference, the second in a month over the pneumonia-causing virus, that he explained to Trump that Japan was getting ready to hold the events as scheduled during their phone talks on Friday.

"The Olympic flame will arrive in Japan. I'd like to go to Fukushima to witness the start of the Olympic torch relay," Abe said.

The 121-day Japanese torch relay kicks off at the J-Village soccer training center in Fukushima Prefecture on March 26, which served as an emergency response headquarters during the nuclear disaster.

The total number of infections in Japan has topped 1,400, roughly half of which were from the quarantined Diamond Princess cruise ship.

Abe said Japan has prevented a jump in infections but the number is on the rise. The country's virus testing capacity will increase to 8,000 a day by the end of the month, making it possible to find potential clusters more easily.

Although no emergency declaration is necessary for now, Abe said the situation is changing "by the minute."

A state of emergency declaration would enable local prefectural governors to demand specific steps to prevent the spread of the virus, including school closures and event cancellations. They can expropriate private property to provide emergency medical care.

Even before the latest law revision gave Abe the legal basis to enforce preventive steps, Abe already requested that all schools in Japan shut until a spring break ends in early April and big sports and cultural events be canceled, postponed or scaled down.

The government has already compiled a second emergency coronavirus package that includes about 430 billion yen ($4 billion) in spending to support working parents, who need to take time off to take care of children suddenly at home after the school closure decision.

Abe said he will closely follow developments in financial markets after recent sell-offs and the state of the global economy.

"We will carry out necessary and sufficient economic and fiscal steps flexibly and without a pause," he said.