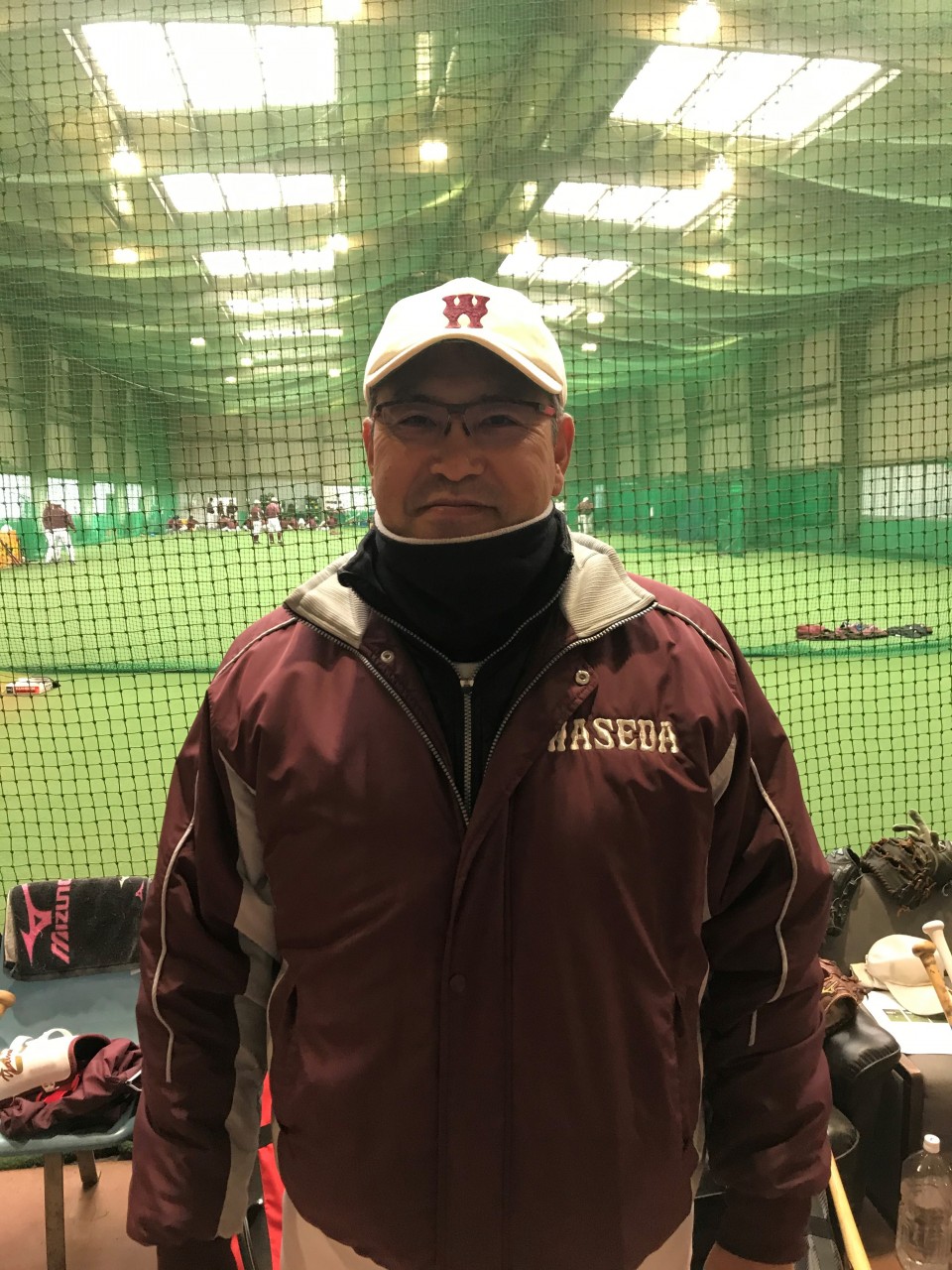 For years, former major league pitcher Satoru Komiyama's measure of success was wins on the ballfield, now as manager of Waseda University's baseball team, he wants his yardstick to be the quality of character his players achieve.

"We prepare these players so they can go through life without doing things they will be ashamed of," the 54-year-old Komiyama told Kyodo News in a recent interview. "What matters is whether we can accomplish that or not."

That, he said, is vastly more important than winning games.

Komiyama, who pitched 18 pro seasons in Japan and for the New York Mets in 2002, retired after the 2009 season and then walked away from a coaching offer with the Lotte Marines of Japan's Pacific League that could have led to a pro management job.

"There was talk (from Lotte) of my being a coach," he said. "But first of all, I felt I had debts to repay."

One whom Komiyama said he owed was his own Waseda University manager, Renzo Ishii, who was enshrined this year in the Japanese Baseball Hall of Fame.

"Meeting Ishii changed my life," said Komiyama, who a year ago followed in Ishii's footsteps to the Waseda managing job.

A generation ago, it would have been impossible for a former pro to coach in high school or university in Japan, where amateur baseball has long been vexed by the money and influence of pro clubs. Because of decades of distrust, the amateurs had long kept former pros at a distance.

"Over time, minute changes have taken place," Komiyama said. "The winds have shifted. By the time I reached the final year of my pro career, it seemed like coaching in a school might become a possibility in the future."

And when it did become possible, Komiyama seized his chance. Although part of his job is imparting professional-level technical training, he sees his principle job as developing strong individuals who have respect for -- and loyalty to -- something bigger: their team and their school.

"If you are a professional, the ultimate goal is winning," Komiyama said. "But for a student, there are more important things. These are Waseda University students, and that has to be part of their identity."

"More than just lecturing them to do this or that, I want them to think about how and why they should act. If they veer off course, I'll say, 'That is not right. Perhaps you should try this.' Our job is to advise them, so they can figure things out on their own."

But what about winning? In a baseball culture that often values winning above all else from the day young children join their first teams, Komiyama's secret is that winning itself isn't that important. It's the icing on the cake, rather than the cake itself.

He traces that philosophy back to his years under his Marines and Mets manager Bobby Valentine.

"Bobby had a huge influence on me," Komiyama said. "I am so grateful to him. As far as we players were concerned, he didn't demand results. That is really amazing. His coaching style was very clear, 'What are you doing and why?' After that you take whatever results come."

"We did well because we prepared. If we failed, we might have failed even if our approach had been sound, and then there was something to take away from that to build on for the next time. That was the cycle. That's how I do it with my players."

When he watches his players, Komiyama looks for leadership potential and individuality.

"There are rare cases, where someone always seems to know how and why to act properly. Those people mustn't think that what's good for them is enough," he said. "It's OK to do that if you're a professional, but as a member of a team an amateur has to abandon those thoughts and consider what is best for the team."

"That is how superb organizations come about, by people who make sound decisions influencing others."

Komiyama paints a picture of a strong individual in harmony with something bigger than himself.

While many old hands may nod in agreement with this emphasis of the group's importance, the skipper's belief in the value of individual variation and his willingness to indulge his players' idiosyncrasies has become a source of discord with Waseda alumni.

There has long been a Japanese school of thought that players should model their movements on prescribed forms for swinging, catching and throwing. But Komiyama encourages players to explore unique individual styles -- even those that fly in the face of dogma.

Despite his belief that Japan is changing, Komiyama said Waseda is old school, literally.

"This is a university with a lot of history, and a lot of former players grumble a lot," Komiyama said. "These guys come in and say, 'What the heck are you doing?' But I say, 'That might have been the way it was in your day, but that is not the way things are now.'"

"We long forced players to conform to Japanese style, rejecting those who couldn't. But in that fashion, you don't raise the level of the whole."

"If you tell someone what they can't do, that can kill his motivation. But if you find something in there that works, you can point it out and say, 'Work on that.' When someone says, 'I want to get better at this,' it has merit for the group as a whole."

Baseball: Hiroshima to rip up Batista's contract at end of doping ban