The Japan High School Baseball Federation said Wednesday it is preparing to hold the national high school baseball invitational tournament behind closed doors due to the spread of the new coronavirus, while also mulling possible cancellation of the meet.

The federation said it will decide next Wednesday whether to hold the annual tournament slated to begin March 19 at the famous Koshien Stadium in Hyogo Prefecture.

The federation's board of directors agreed in a meeting last month to hold the tournament as planned, but a request from Prime Minister Shinzo Abe to cancel or postpone large sports events as well as close schools nationwide from Monday prompted reconsideration.

Should the meet go ahead as planned, it will be the first time either the annual invitational or the high school baseball championship -- commonly known as Spring and Summer Koshien -- will be held without spectators. It will also be without the customary opening ceremony. 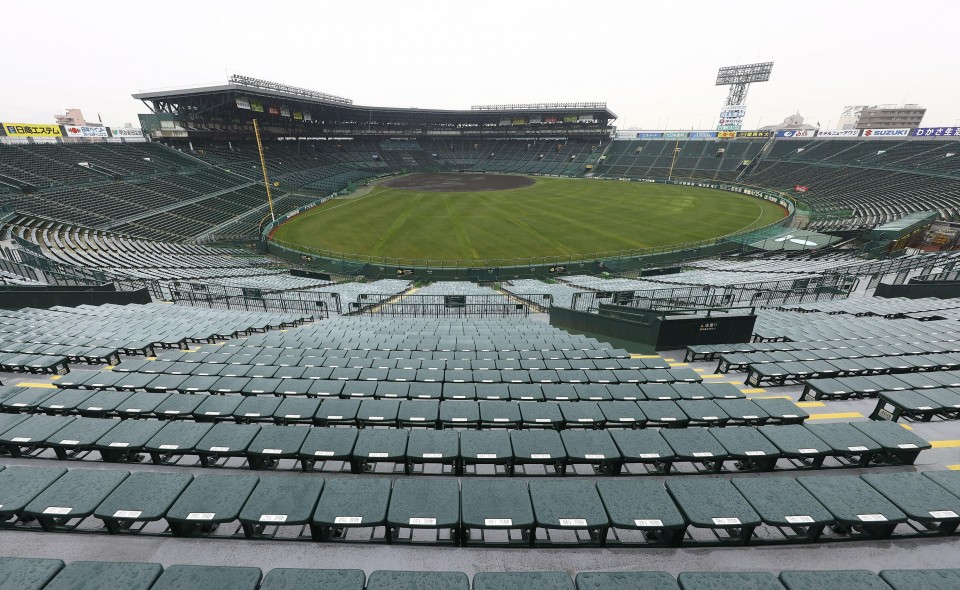 Thirty-two schools from across the country, including reigning national champions Riseisha High School, are to take part in the 92nd edition of the tournament.

The invitational tournament was suspended between 1942 and 1946 due to World War II, but neither the spring or summer meet have ever been outright canceled.

In 2010, Miyazaki Prefecture summer tournament games were played without fans to prevent the spread of foot-and-mouth disease.

Japanese sports bodies have issued scores of self-imposed restraints over the pneumonia-causing virus. Last week, Nippon Professional Baseball made the unprecedented decision to hold the rest of its preseason games behind closed doors.

Pro soccer and top-tier rugby matches have been postponed since the final weekend of February, while the Spring Grand Sumo Tournament opening this weekend in Osaka will be held without spectators for the first time in the sport's history.