The United States on Thursday saw more aggressive steps taken to limit the spread of the new coronavirus, with Broadway performances, Disneyland and other tourist spots shutting down and major sports leagues delaying or pausing their seasons.

With the number of infection cases topping 1,000 in the United States, President Donald Trump is also facing the prospect that he may have been infected. On Thursday, the Brazilian government said President Jair Bolsonaro's press secretary, who recently met Trump, has tested positive.

The White House quickly played down concerns that Trump may have been infected, saying that the president had "almost no interactions with the individual" and requires no testing.

Trump told reporters that he was "not concerned," although he acknowledged having dinner with the entire Brazilian delegation that accompanied Bolsonaro at the U.S. president's Mar-A-Lago resort in Florida earlier this month. "We did nothing very unusual. We sat next to each other for a period of time," Trump said.

The Brazilian official had posted online an image of himself standing next to Trump and U.S. Vice President Mike Pence. The official developed flu-like symptoms and tested positive for the virus after returning to Brazil.

With the World Health Organization calling the disease a pandemic and the United States enhancing its travel restrictions against hard-hit nations, people in the country are being largely encouraged to stay away from crowds and limit their social interaction.

The Broadway League said Thursday that theater performances will be suspended through April 12. The Metropolitan Museum of Art in New York City is also shutting down for the time being, while the U.N. headquarters in the city has been closed to the public and guided tours have been suspended from Wednesday to the end of March.

Disneyland and Disney California Adventure theme parks in California will be closed from Saturday through the end of the month, the operator said.

Major sports events that would be affected include Major League Baseball, which decided to suspend spring training games and to delay the start of the 2020 regular season by at least two weeks due to the "national emergency" created by the epidemic. 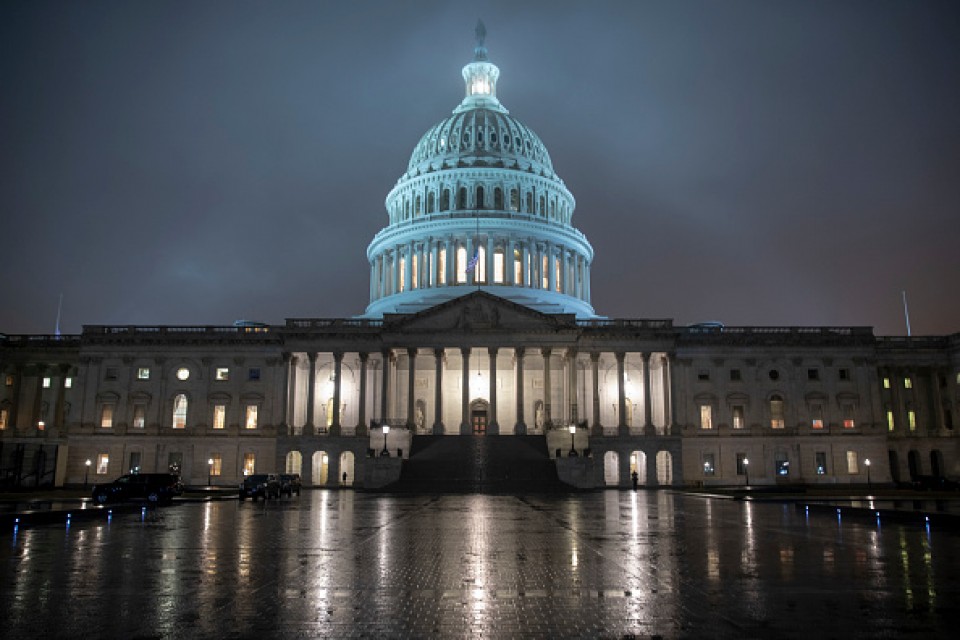 The National Basketball Association has already decided to suspend games after Rudy Gobert, a French player from the Utah Jazz franchise, and later his teammate Donovan Mitchell tested positive for the virus.

In Washington, the U.S. Capitol, as well as House of Representatives and Senate office buildings, are temporarily closing to the general public until April 1, according to Congress.

The move came as a Washington staff member for a senator was reportedly found to have tested positive, in what is believed to be the first known infection of a congressional worker.

More international gatherings are switching to virtual format, with the Treasury Department saying Thursday that the April meeting of finance chiefs from the Group of Seven industrialized countries will be a videoconference instead of an in-person gathering in Philadelphia.

Diplomatic sources said they are considering postponing a U.N. conference to review the operation of the Nuclear Non-Proliferation Treaty, scheduled to start from late April. The conference is held every five years at the U.N. headquarters.

As of Thursday, more than 1,200 people in over 40 of the country's 50 states and the U.S. capital have tested positive for the virus, according to the Centers for Disease Control and Prevention. More than 35 patients with the virus have died, it said.