U.S. President Donald Trump on Thursday suggested postponing this summer's scheduled Tokyo Olympics for a year amid the global spread of the coronavirus, saying the move would be better than seeing "empty stadiums all over the place."

"I would say maybe they postpone it for a year," Trump told reporters at the White House, but he denied having made the suggestion to Japanese Prime Minister Shinzo Abe, whom he calls a "great friend of mine."

"They're very smart, they're going to make their own (decision), but I like that better than I like having empty stadiums all over the place. I think, if you cancel it, make it a year later, that's a better alternative than doing it with no crowd," he said. 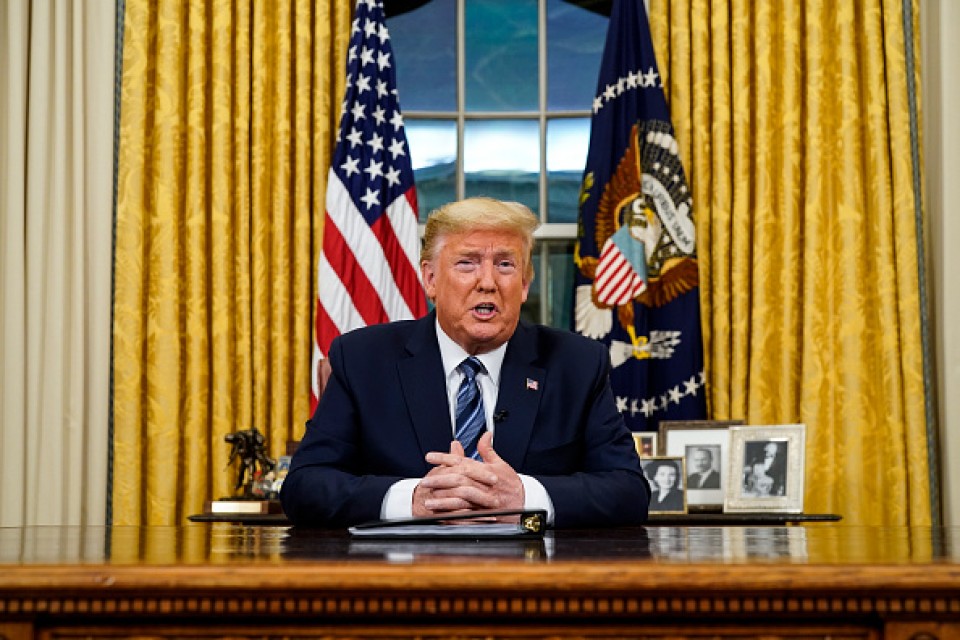 Trump had initially been optimistic about Tokyo hosting the Olympics as planned even as Japan was seeing infection cases on the rise, saying in late February that he hoped the situation would be "fine."

But the global spread of the epidemic has showed no signs of abating, including in the United States, leading countries around the world to restrict travelers from hard-hit areas and keep many in the public at home.

The U.S. State Department said in a statement Wednesday that it advises its citizens to reconsider travel abroad due to the global impact of COVID-19, the official name of the pneumonia-like disease caused by the virus.

Meanwhile, International Olympic Committee chief Thomas Bach said Thursday that Olympic organizers are committed to the "success" of the Games, despite "difficult circumstances." He made the remarks following a ceremony to light the flame for the Tokyo Olympics in ancient Olympia, Greece.