CAS upheld an appeal filed by the World Anti-Doping Agency against a decision by FINA, the international swimming federation, which stated that Yang did not commit a doping rule violation in September 2018.

Yang and his team reportedly destroyed test samples in front of those who were administering the doping control during an out-of-competition drug test conducted at his home. 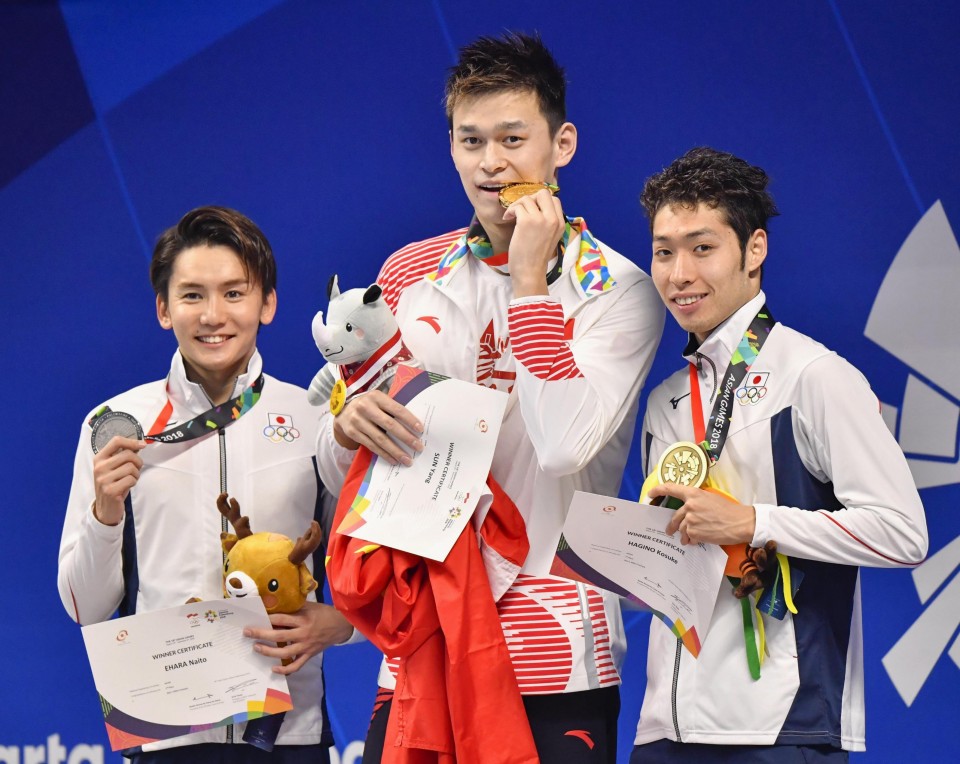 (Sun Yang (C) of China poses after winning the men's 400-meter freestyle swimming event at the Asian Games in Jakarta on Aug. 21, 2018, along with silver medalist Naito Ehara (L) and bronze medalist Kosuke Hagino of Japan.)

The appeal of Sun's punishment was based on a claim that the doping control staff had failed to follow proper procedures.

But in Friday's CAS decision, "...the panel found that the personnel in charge of the doping control complied with all applicable requirements... More specifically, the athlete failed to establish that he had a compelling justification to destroy his sample collection containers and forego the doping control."

The CAS ruling did not strip Sun of his 2019 world championship medals, meaning Japan's Katsuhiro Matsumoto did not have his 200-meter freestyle silver upgraded to gold.