International Olympic Committee President Thomas Bach said Thursday the body is fully committed to the Tokyo Olympics going ahead on schedule despite the threat of a further spread of the new coronavirus.

Bach told Japanese media in a conference call that the IOC "is fully committed to a successful Olympic Games in Tokyo starting July 24."

Asked whether there were alternatives to holding the Olympics as scheduled, as suggested in a recent interview with IOC member Dick Pound, Bach only said, "I'll not add fuel to the flames of speculation." 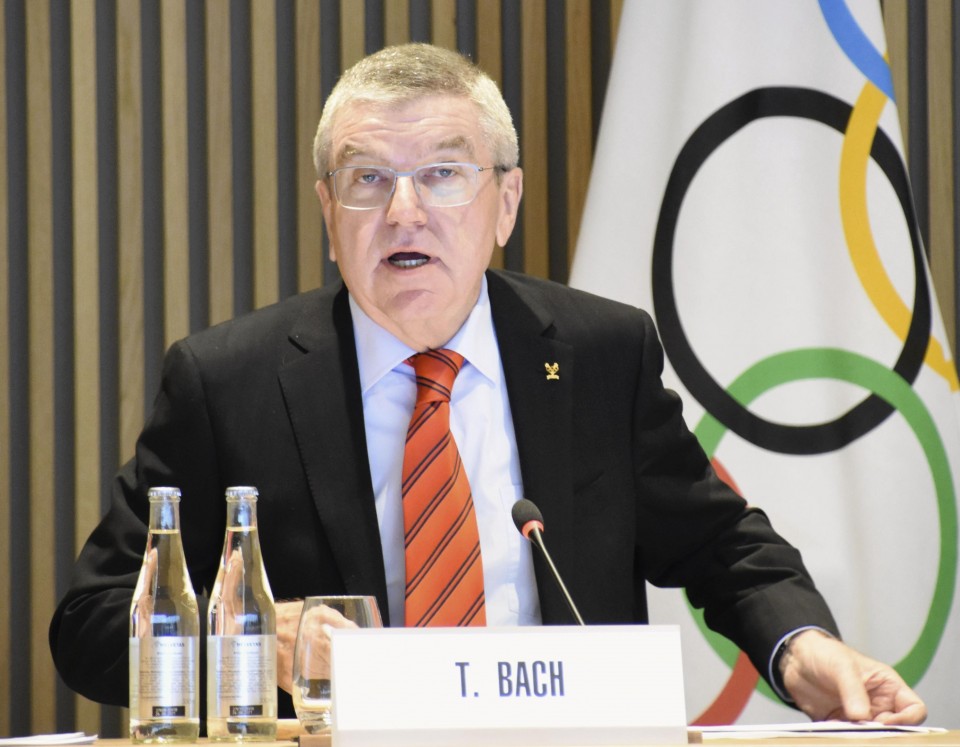 Bach followed Pound's script, that the best thing to do was to prepare full speed for the Tokyo Games going ahead as planned. In the face of a world health crisis of unknown scope and scale, Pound suggested the remote possibility of a cancelation, a thought that did not sit well in Tokyo.

Asked to put to rest the idea that there are potential alternatives to holding this summer's Tokyo Olympics, Bach chose not to say.

He chose to speak, however, about steps being taken involving China, where the virus first hit hard, and the big goal for 2020.

"(The priority) is to ensure the qualification procedure and protecting the safety of athletes at the same time. This is what we're doing in cooperation with the Japanese authorities, the World Health Organization, the Chinese Olympic Committee and many NOCS," Bach said, referring to national Olympic committees.

"For the IOC, it's true what we've been saying all the time that the preparations for Tokyo 2020 are continuing with a view to having a successful Olympic Games this summer in Tokyo."