A Japanese court on Wednesday ruled for the first time that special courts for segregated leprosy patients set up outside of standard courtrooms in the past were discriminatory and unconstitutional.

The Kumamoto District Court made the judgment in handing down a ruling on a damages suit filed by former patients related to the execution of another patient of Hansen's disease in the 1960s.

"The trial at the special court violated the personal rights (of the executed patient), was an unreasonable discrimination based on the fact that he suffered from leprosy, and violated Articles 13 and 14 of the Constitution," the court said in its ruling.

But the court rejected a demand for damages.

The suit filed by six former patients centered on the 1952 murder of a village official in Kumamoto Prefecture, which was tried at a sanatorium in the southwestern Japan prefecture as well as a neighboring prison for the disabled. 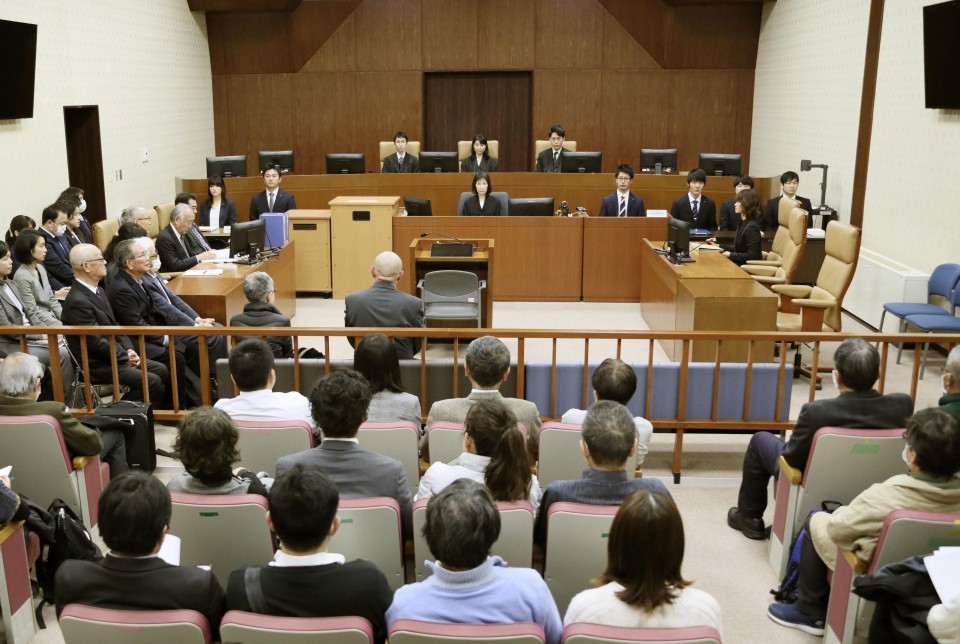 In the case, a leprosy patient was sentenced to death in a trial held at a special court for killing the official and was executed in 1962 after seeking a retrial three times.

The plaintiffs, who are not family members of the executed male patient, had sought 100,000 yen ($905) each in damages from the state, saying they became mentally distressed after prosecutors refused to request a retrial of the male patient.

Presiding Judge Yuko Onodera also ruled the practice of special courts is suspected to have violated the open court principle stated in Articles 37 and 82 of the Constitution.

"It's an epoch-making step in reaching the ultimate goal of winning a retrial and a not-guilty ruling," said Yasuyuki Tokuda, one of the lawyers for the plaintiffs. 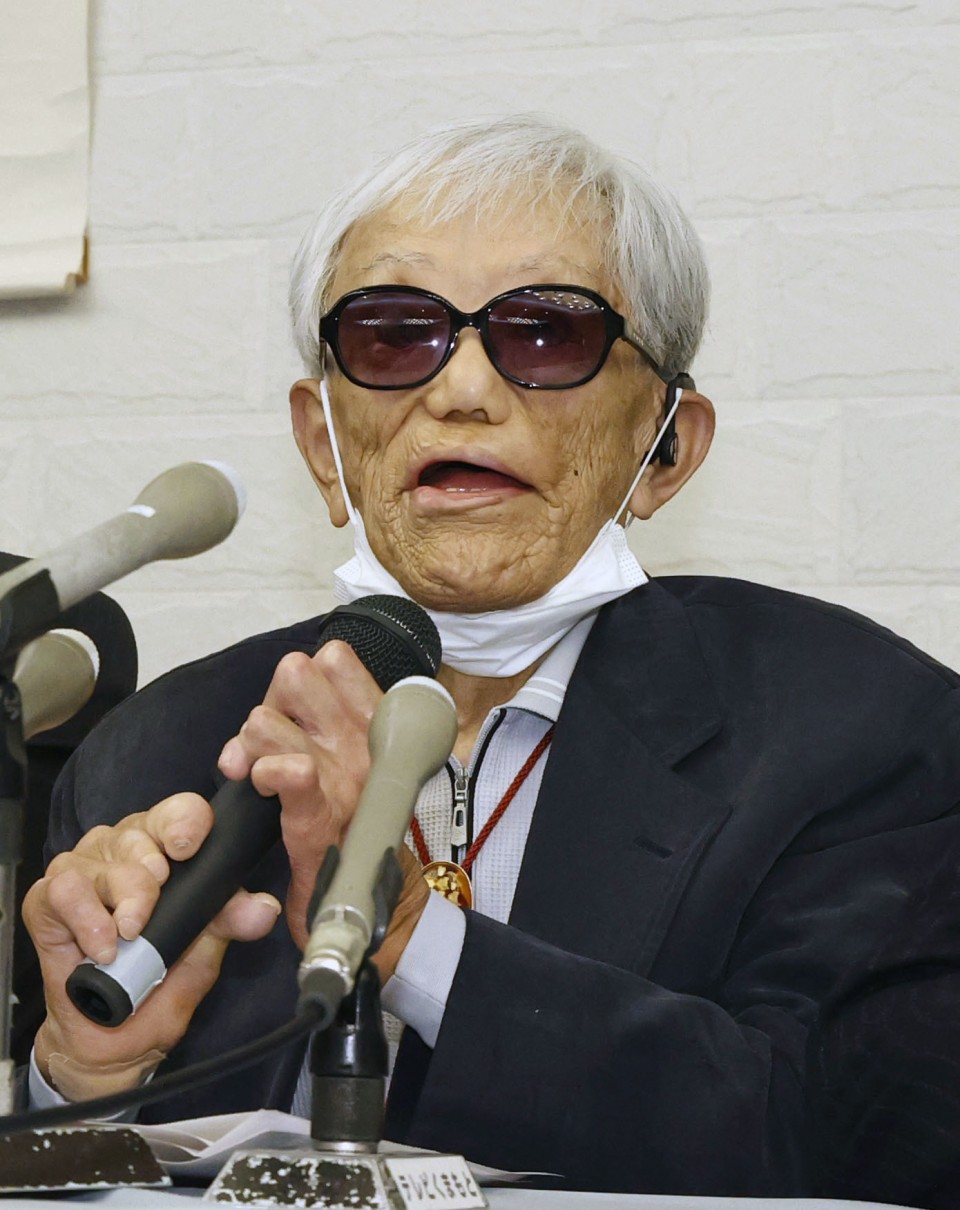 (Yasushi Shimura, a member of the plaintiffs) 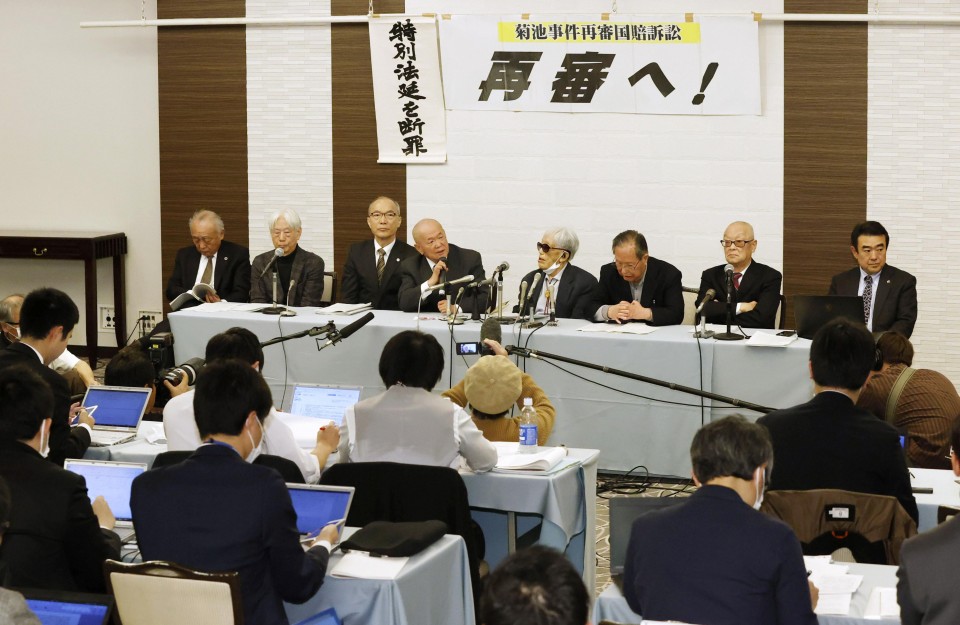 The Supreme Court in April 2016 apologized to former leprosy patients, saying in its report on the case that it was against the Court Law to have tried the patients outside standard courtrooms without properly examining the need to do so, but it fell short of admitting the practice's unconstitutionality.

But Onodera said the unconstitutionality does not immediately affect the facts of the 1952 murder which was determined at the special courts in the past.

The Supreme Court declined to comment on the ruling, saying it has nothing to add to its 2016 report.

The 1952 murder was said to be motivated by revenge against the official who reported the man to a prefectural government as a leprosy patient. The man had entered a not guilty plea, but his death sentence was finalized in 1957.

While Japan's Court Law states that trials should be held at courts or their branches, it also allows them to be held outside of court buildings if the top court finds it necessary.

Special courts for leprosy patients were convened in 95 cases between 1948 and 1972 at sanatoriums and other facilities for the patients.

In Japan, leprosy patients were discriminated against and confined to sanatoriums under a law that was in place between 1907 and 1996. The disease is now curable.

The government formally apologized in 2001 over its segregation policy on leprosy patients and has set up a compensation system for them.

Last year, Prime Minister Shinzo Abe apologized to family members of former leprosy patients who suffered under the segregation policy and enacted a law to enable compensation payments to be made to them as well.